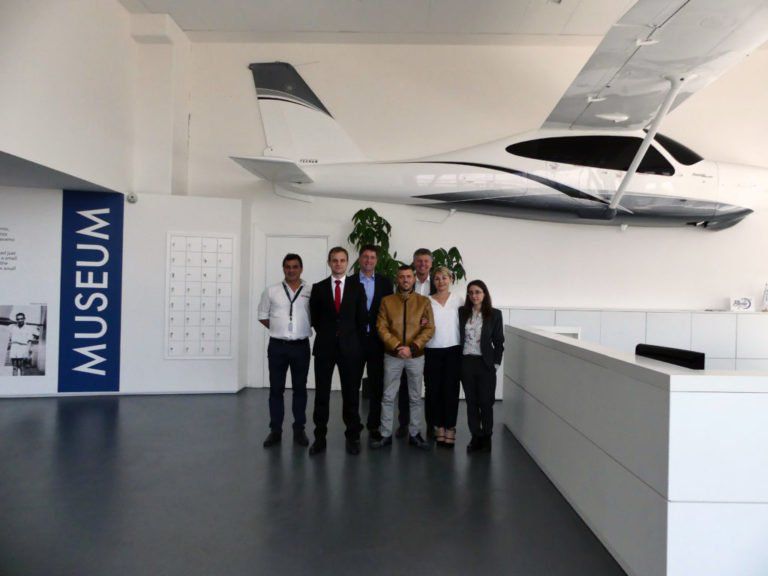 Tecnam, BRP-Rotax and Siemens have begun work on the High Power High Scalability Aircraft Hybrid Powertrain (H3PS) project, a joint venture whose stated objective is “to put the basis for the development, manufacturing and in-flight test of a parallel hybrid powertrain for General Aviation…” The kickoff meeting for H3PS was held on May 17 at Tecnam’s headquarters in Capua, Italy.

“The project will allow broadening the horizons of knowledge in the field of parallel hybrid propulsion systems,” said Tecnam head of R&D, Fabio Russo, who is also the project manager for H3PS. “By developing electrical components, including a parallel hybrid drive system for GA segment, the project will introduce the most advanced technologies for all-electric aircraft and thus stimulating innovation.” H3PS, which will run for 36 months, was selected by the European Commission and INEA Agency from among 31 proposals. Funding for the project comes from the European Union Horizon 2020 research and innovation program.

H3PS is not the first project to explore GA hybrid powertrains. The EU-funded Hypstair project, which began in 2013 and was led by Pipistrel, designed a serial hybrid propulsion system for small aircraft. The hybrid-electric powertrain ran for the first time in February 2016. Hypstair underwent ground testing but never flew.

Although Hypstair concluded in July 2016, Pipistrel has moved on to the Modular Approach to Hybrid-Electric Propulsion Architecture (MAHEPA) project. MAHEPA is working on two different models for small and regional passenger aircraft – one a gas/electric powertrain and the other a fuel cell hybrid. Unlike Hypstair, MAHEPA is planning to flight-test both models. The project has also received Horizon 2020 funding.