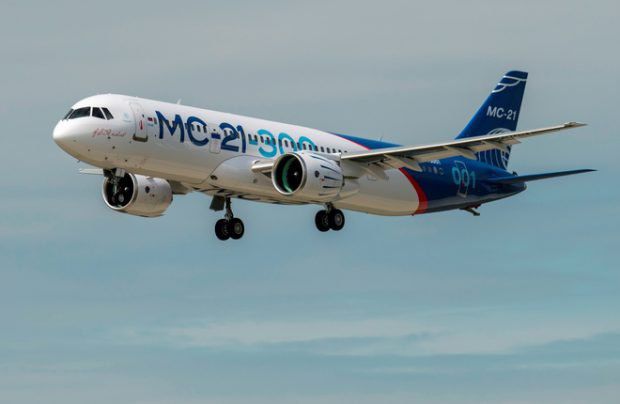 Russia’s newest airliner took its first flight Sunday with little fanfare but a reportedly substantial order book. The Irkut MC-21-300 will compete directly with the Boeing 737 MAX, Airbus A320 Neo and Bombardier CSeries for the increasingly crowded single-aisle airliner market. It will carry 163 to 211 passengers and is projected to be 12 to 15 percent more efficient than current airliners in that segment. It will come with a choice of either Pratt & Whitney PW1400G or Russian PD-14 engines. There are 175 firm orders from Aeroflot and UTAir.

The aircraft took off from Irkut headquarters in Irkutsk, in central Russia, on a first flight that was not announced in advance. The flight only lasted 30 minutes and it was carried out below 10,000 feet, at about 160 knots with the landing gear deployed, and included a missed approach. The manufacturer said the limited scope of the first flight was according to plan. Test pilot Oleg Kononenko told Russian media the “flight went in the normal mode. There are no obstacles revealed preventing the tests’ continuation.”