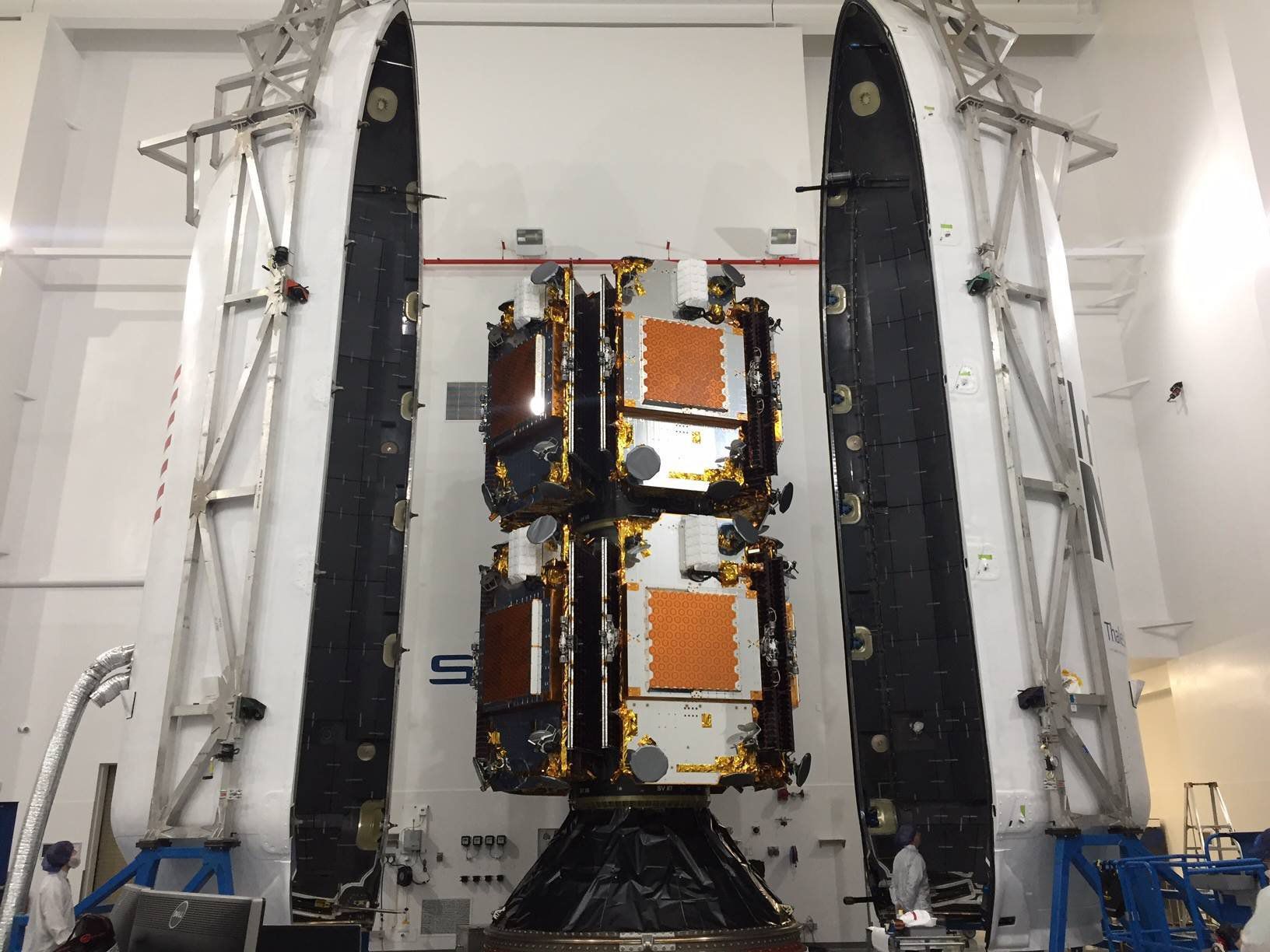 A suite of satellites that launched on Saturday are the first of 66 that will expand real-time global coverage for tracking airplanes in flight. Ten IridiumNext satellites, which weigh about 1,900 pounds each, were successfully deployed into low-Earth orbit, about 485 miles above the surface. The satellites will be the first to launch for Aireon’s global network, which will comprise be complete with six more launches by mid-2018. Each satellite is equipped with an ADS-B unit, about the size of a microwave oven. The launch, SpaceX’s first since one of its rockets blew up at Cape Canaveral Sept. 1, went flawlessly.

Aireon has partnered with Iridium to create the new satellite network, which aims to provide not only aviation safety but also more efficient operations worldwide. Air traffic organizations in Canada, Ireland, Denmark, Italy, the U.K., Singapore, South Africa and Iceland, among others, have signed on to use the system, according to The Wall Street Journal. Agencies in Australia, New Zealand, Russia and Germany are assessing the system. A recent study by Purdue University’s School of Aeronautics and Astronautics analyzed the potential impact of space-based ADS-B and found that improved efficiency in flight routes could save up to 14.3 million metric tons of carbon dioxide from being released into the atmosphere between 2020 and 2030.That would be equivalent to removing more than 300,000 cars from U.S. roads each of those years, according to the report. Iridium’s Brian Pemberton discussed the other benefits the new satellites will bring in a podcast at NBAA 2016.