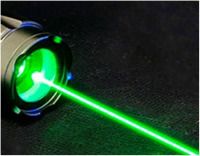 The Navy’s Laser Weapon System (LaWS) recently targeted and shot down an aerial drone in testing; meanwhile another aircraft-mounted laser system (this one for self-defense) may commence testing in 2014. The Navy’s test involved a destroyer-mounted laser that successfully tracked and engaged a flying drone. The aerial vehicle caught fire in flight and crashed into the sea. Next year, the USS Ponce is expected to carry the system to the Persian Gulf. Meanwhile, DARPA may soon test a High Energy Liquid Laser Area Defense System (HELLADS) mounted on an aircraft and designed for defense against inbound threats.

The aircraft-mounted laser is designed to meet a weight goal of 5kg/kW and General Atomics has already shown a unit that meets that criteria in a configuration that produces a 34kW beam. The laser is liquid-cooled and solid state. It was completed in 2012 and is expected to be integrated into different platforms in 2013 with the possibility of real-world tests in 2014. For aircraft, the system would serve in a self-defense capacity, targeting inbound anti-aircraft missiles and other threats fired at aircraft. A B1 Bomber is expected to carry the first test article. Lockheed Martin is also entering a test phase for an aircraft-mounted self-defense laser, the Aero-Adaptive/Aero-Optic Beam Control (ABC) system. Lockheed’s system has already been subjected to full scale wind-tunnel testing and DARPA is expected to continue funding the program.