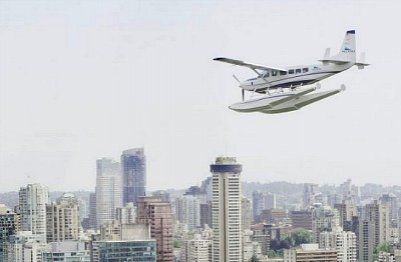 Two companies, Tailwind and Cape Air, are working to secure FAA approval to fly seaplanes out of Boston Harbor, providing service to Manhattan, the Boston Globe reported today. Both companies plan to fly nine-passenger Cessna Caravans on floats. Both also promise 90-minute service, direct from downtown to downtown, substantially beating the current options — train, commuter plane or automobile — all of which take at least three to four hours. Both Tailwind and Cape Air say seaplane tickets would run about $1,000 round-trip.

Cape Air CEO Dan Wolf said he thinks “demand is going to be strong.” Siting the service will be a challenge — airplanes must compete with a lot of traffic in the harbor already, especially in the summer, when sailboats, ferries and pleasure craft are abundant. The area also is close to the busy Logan Airport traffic. The companies have been working with the FAA to create new designated landing sites with docks and easy access. They will be conducting flight tests in the harbor this week. Boston city officials also are actively looking for a site for a downtown helipad, according to the Globe.