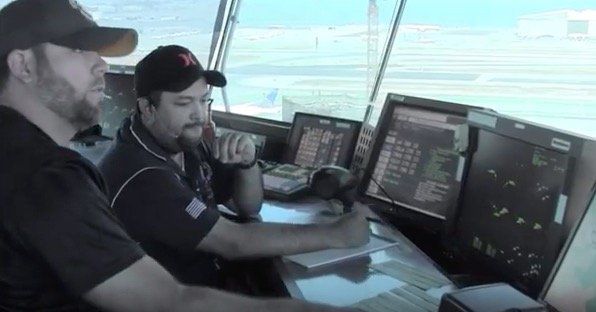 As the government shutdown grinds on with no end in sight, calls from the aviation industry to restore funding are getting more strident and the system is starting to show some strain. Possibly the biggest concern is the furloughing of 3,000 “safety specialists,” who support air traffic control functions. Another concern is that virtually all engineering projects, including a new tower and TRACON in Charlotte, have halted because thousands of technical staff are furloughed. The system got through the holiday season and continues to run without any big technical glitches. The National Air Traffic Controllers Association released a video aimed at the general public explaining how important the behind-the-scenes staff are to the integrity of the system and calling for an immediate end to the shutdown. “The stakes are too high for the professional men and women who operate and oversee the safest, most efficient airspace system in the world to be subjected to a political dispute over government funding,” the video narration says.

Meanwhile, AOPA has compiled a roundup of the impacts of the shutdown on GA and it would appear pilot certification and qualification could be the biggest issue. AOPA says all flight standards district offices are closed but most checkrides will still be permitted as long as they don’t require prior authorization. However, written tests have been halted because they require the use of FAA computers and they’ve been turned off for the shutdown. No medical certifications will be issued by the FAA but aviation medical examiners can issue them to ensure medicals are maintained. Decisions on special issuances could be delayed, though. Customs and Border Protection agents are not working any overtime so pilots crossing the border should check with the port of entry they’re planning to use to ensure it will be open. Homebuilders who finish their airplanes can’t get their special airworthiness certificates until the shutdown ends.

The shutdown has also affected one of the most common interfaces between GA and the general public. The FAA has said it lacks resources to investigate all the dozens of plane crashes that occur each day and it’s causing some problems for local law enforcement. In Michigan, local authorities were told not to expect any investigation after a man died in a crash on an island in Lake Michigan. Near Saginaw, the local sheriff’s department has spent a week guarding a crashed aircraft in a park in Chesaning to preserve the scene for FAA investigators. The FAA has already said it won’t be doing the autopsy on the deceased pilot and have sent a “kit” and instructions to the local medical examiner to do the examination. The local sheriff has said that if the FAA doesn’t show up soon, they’ll pack up the scene the best they can and store the wreckage until they get there.