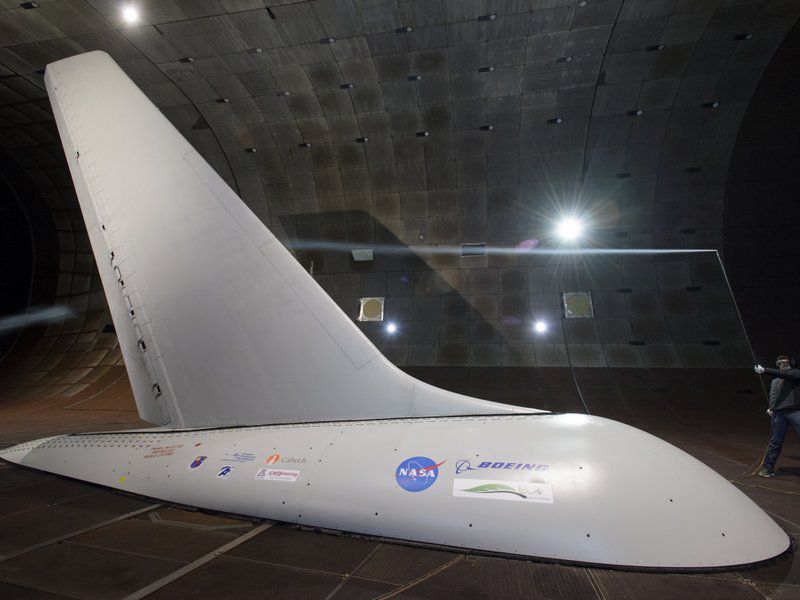 Researchers at Caltech and the University of Arizona are working on a system that may someday allow aircraft designers to drastically reduce the size of the vertical stabilizer. That, they say, will reduce weight and drag and save a lot of fuel. The researchers installed small jets along the rudder and blew streams of air over the control surface to increase its effectiveness at low speeds. This “active flow control” would allow tails to be at least 20 percent smaller, the researchers say.

Aircraft only really need the full tail at low speeds and the rudder size on multi-engine aircraft is determined by the amount of steering power required to offset asymmetrical thrust if an engine fails on takeoff. Increasing rudder effectiveness by blowing air over it means the rudder can be smaller and still keep the aircraft straight if an engine fails. The system would be activated during landing and takeoff but could be shut off for the rest of the flight because the small tail would be adequate for normal control of the aircraft. The system has been tested in a wind tunnel and will next be mounted on Boeing’s 757 test aircraft.