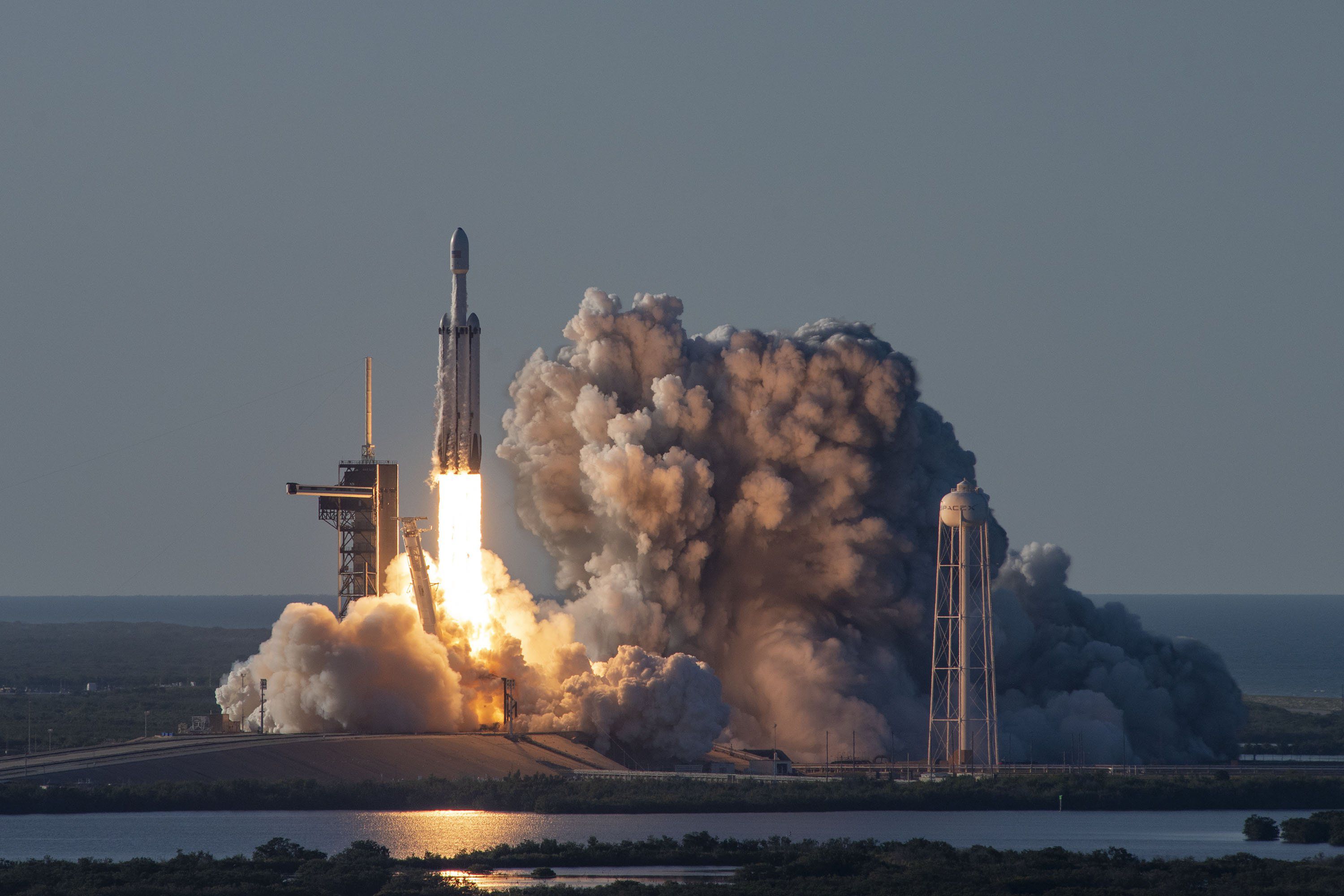 SpaceX’s Falcon Heavy rocket successfully completed its second launch and first operational mission on Thursday. After a 24-hour delay due to weather, the rocket launched from Launch Complex 39A at NASA’s Kennedy Space Center at 6:35 p.m. local time. The Falcon Heavy’s payload was the Arabsat-6A, a telecommunications satellite that will deliver television, radio, internet and mobile communications to the Middle East, Africa and Europe. The satellite was deployed approximately 34 minutes after liftoff.

As shown in the video below, the rocket’s two side boosters landed successfully at SpaceX’s Landing Zones 1 and 2 at Florida’s Cape Canaveral Air Force Station. The Falcon Heavy’s center core landed on the droneship “Of Course I Still Love You” stationed in the Atlantic Ocean, an improvement on the first launch in February 2018, in which the rocket’s center core missed the droneship and crashed into the ocean. That flight deployed a Tesla Roadster manned by a spacesuit-clad dummy called “Starman.”

The Falcon Heavy generates more than 5 million pounds of thrust at liftoff and is capable of carrying payloads of approximately 141,000 pounds into low Earth orbit. The price tag on a Falcon Heavy launch is around $90 million.

Another win for SpaceX on Thursday came when NASA announced that it had chosen the company as the launch provider for its Double Asteroid Redirection Test (DART) mission. DART seeks to “demonstrate the capability to deflect an asteroid by colliding a spacecraft with it at high speed.” The mission is currently scheduled to launch in June 2021 on a Falcon 9 rocket.

Falcon Heavy’s side boosters land on Landing Zones 1 and 2 pic.twitter.com/nJCCaVHOeo