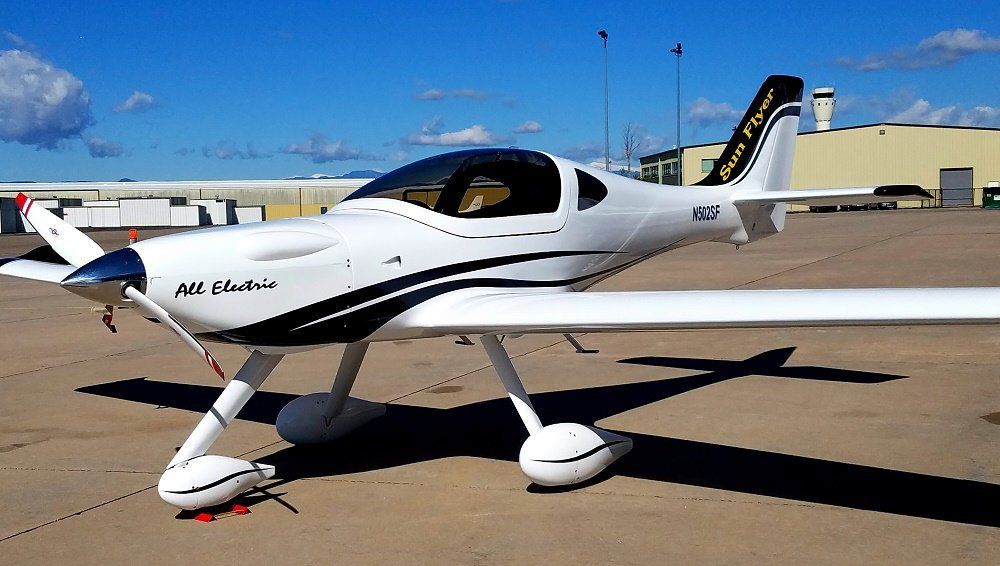 Developers of the Sun Flyer electric airplane have begun power-on testing with a series of ground, taxi and preflight tests. Aero Electric Aircraft Corp. said this week the FAA also recently granted the prototype its temporary registration, another step in the process toward an airworthiness certificate. “We have been preparing for the power-on tests for months, taking extraordinary precautions to develop comprehensive checklists and safety protocols,” AEAC President Charlie Johnson said.

The first Sun Flyer, under development to be the first FAA-certified, all-electric airplane for flight training and personal flying, made its public debut in May after the development team completed final assembly at Centennial Airport in Colorado. The two-seat, low-wing airplane features solar cells on the wings, a 400-volt lithium-ion battery pack system and a 100-kilowatt electric motor. In his remarks at the IDTechEx engineering conference Thursday in Santa Clara, California, AEAC CEO George Bye said this kind of technology has the potential to be a common flight training platform in the future. “All this great technology has meaning when you can integrate advanced concepts into a practical configuration with a business solution like Sun Flyer,” he said.