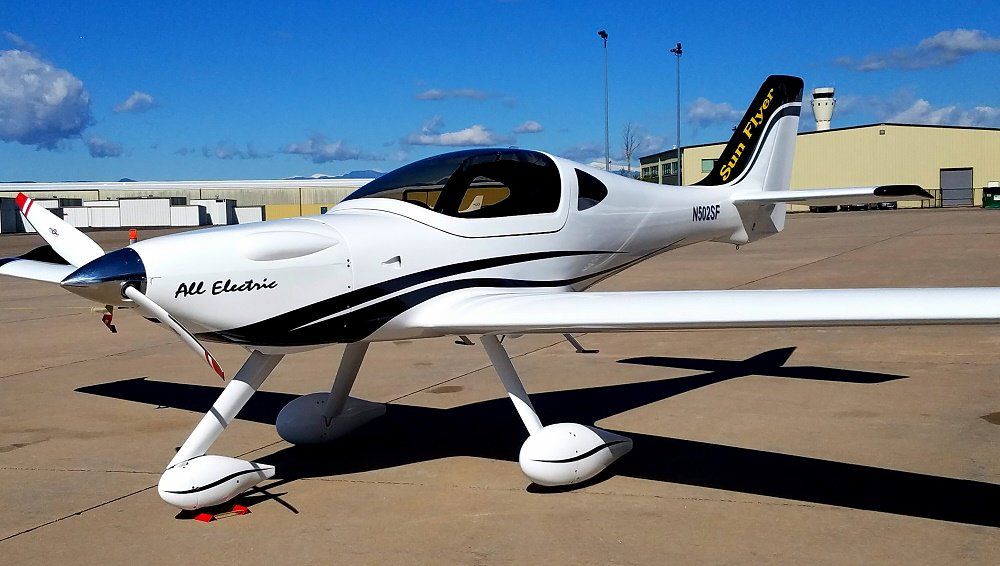 Aero Electric Aircraft Corp.’s solar-electric Sun Flyer airplane made its first public appearance at Centennial Airport in Colorado Wednesday. The proof-of-concept model, in development as a low-cost, environmentally friendly trainer, will be the test aircraft for its FAA certification, AEA said. The company also announced during a rollout event it is partnering with the University of Denver’s Daniel Felix Ritchie School of Engineering & Computer Science to research uses for electric propulsion, including unmanned aerial systems. Meanwhile, Spartan College of Aeronautics and Technology – which had ordered the first 20 Sun Flyers for a future training program – said Wednesday it will reserve five additional airplanes.

The Sun Flyer, a two-seat, low-wing trainer, features solar cells on the wings, lithium-ion battery packs and an electric motor that AEA says is quieter than conventional aircraft motors and is emission-free. Designed for flight schools, the aircraft will come with a tailored training program that AEA is developing in partnership with Redbird Flight. Flight tests for the Sun Flyer are expected to begin soon and continue through the end of 2016.