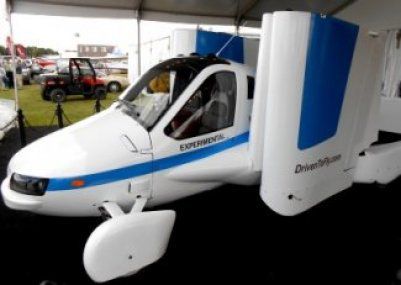 Terrafugia has received approval to certify its Transition roadable airplane as an LSA with a maximum takeoff weight of 1,800 pounds. The Massachusetts-based company announced this week the FAA approved its 2014 petition for exemption from LSA rules, which require a maximum weight of 1,320 pounds and maximum stall speed of 45 knots. The Transition will have a stall speed of 54 knots. The weight change is a second increase for the Transition, which received approval in 2010 for a weight of 1,430 pounds, which is the limit for amphibious light-sport aircraft.

The petition, which received support from organizations including the General Aviation Manufacturers Association and the Light Aircraft Manufacturers Association, will allow the Transition to meet national highway standards. The company argued in its request that the aircraft will be more crashworthy and encourage pilots to take it on the roads rather than fly it in bad weather. The two-seat, composite-built aircraft drives and flies with a 100-horsepower Rotax 912iS engine.