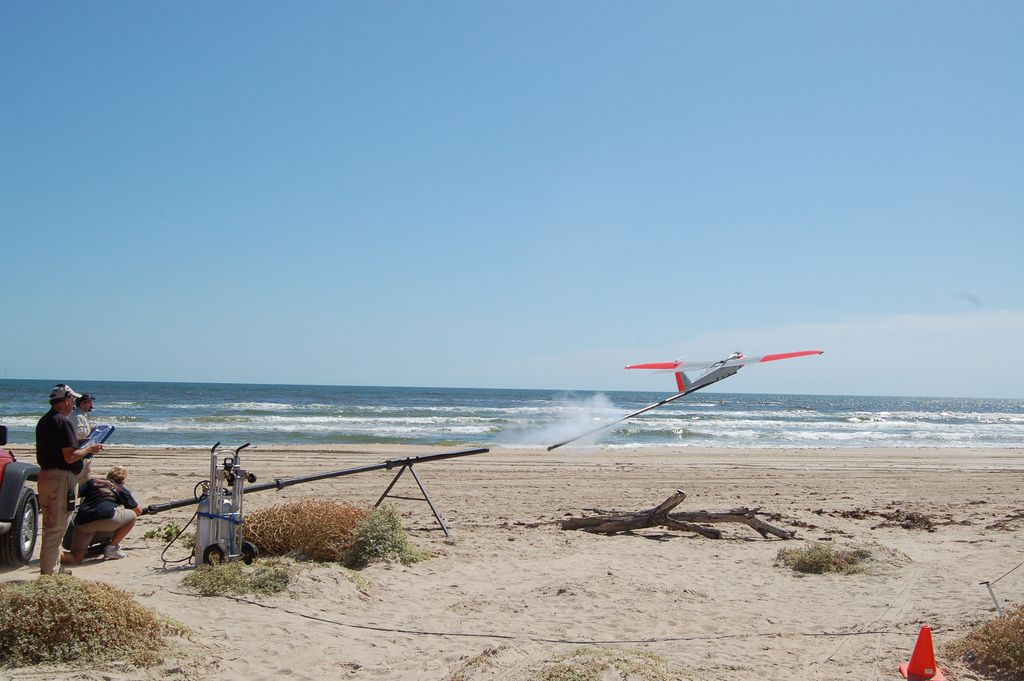 Just 18 days after being designated by the FAA as one of six federally approved test sites for unmanned aircraft systems (UAS), Texas A&M-Corpus Christi will conduct several test flightsover South Texas ranchland to continue research and training on the RS-16 unmanned aerial vehicle (UAV). The RS-16 has a wingspan of 12 feet 11 inches, can carry a maximum payload of 25 pounds at a maximum speed of 65 knots, and can stay aloft for 12-16 hours. The recent FAA test site designation, announced Dec. 30, 2013, is expected to bring other UAS researchers to the Universitys Lone Star UAS Center to expand research on new applications and safe integration of unmanned aerial technology into the national airspace system. A&M-Corpus Christi has an established UAS program, including extensive airspace authorized by the FAA for UAS operations. The RS-16 has flown several test flights since it arrived on campus in 2011.

During the Jan. 16 flights the drone will launch from a mobile operations center, fly east out of sight of ground observers, and will be monitored by a manned aircraft as it flies over Padre Island and the Gulf of Mexico. Regulations require that the drone remain under visual contact at all times. Researchers will make use of the multi-spectral camera that acquires video, ultraviolet and thermal images and can be used for mapping sea grass, monitoring pipeline routes, detecting wildfire hotspots or oil spills in the ocean and counting livestock. During the flights, researchers will work on development of technology to receive, monitor and track streaming video from the UAV and the mobile operations center at the launch site.