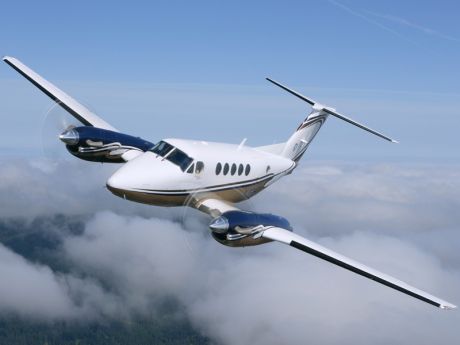 Textron expects to gain $65 million to $85 million annually with the “synergy” of combining Cessna and Beechcraft into its new airplane company but it’s not yet saying exactly where those savings might be realized. As we reported Thursday, Textron is buying Beech for $1.4 billion. In a conference call with analysts on Friday (recording available by calling(320) 365-3844, access code 314378), Textron CEO Scott Donnelly said it’s likely most of the money will come from savings that result from overlap of functions and premises but there have been no decisions on if and where cuts might be made at either company. He acknowledged that cuts are coming. “The majority of the restructuring work is still to come but you’re probably talking about an awful lot of costs that are severance-related,” he said in answer to a question about when the synergy savings might be felt. Donnelly said that will take three to six months. Donnelly told the analysts that Beechcraft is a good fit for Textron by filling product gaps in Cessna’s line with industry-leading aircraft like the King Air and T-6. He gave passing mention to the Bonanza and Baron lines but was clearly focused on what the King Air will do for Cessna. He also left no doubt that Beech’s Hawker jet line will not resume production.

He said Beechcraft’s decision to stop building jets made the company more attractive to Textron because it eliminated any kind of competitive overlap for Cessna and created a whole new world of customers for Citations. Part of the deal includes type certificates for Hawker Jets and the continued maintenance and support of that fleet. About a third of Beech’s income comes from servicing the fleet of almost 36,000 Beech and Hawker aircraft still flying. Donnelly said Textron won’t necessarily close service centers based on geographical overlap, noting that if Cessna and Beech service centers in the same area are both busy, there’s no reason to close either of them.