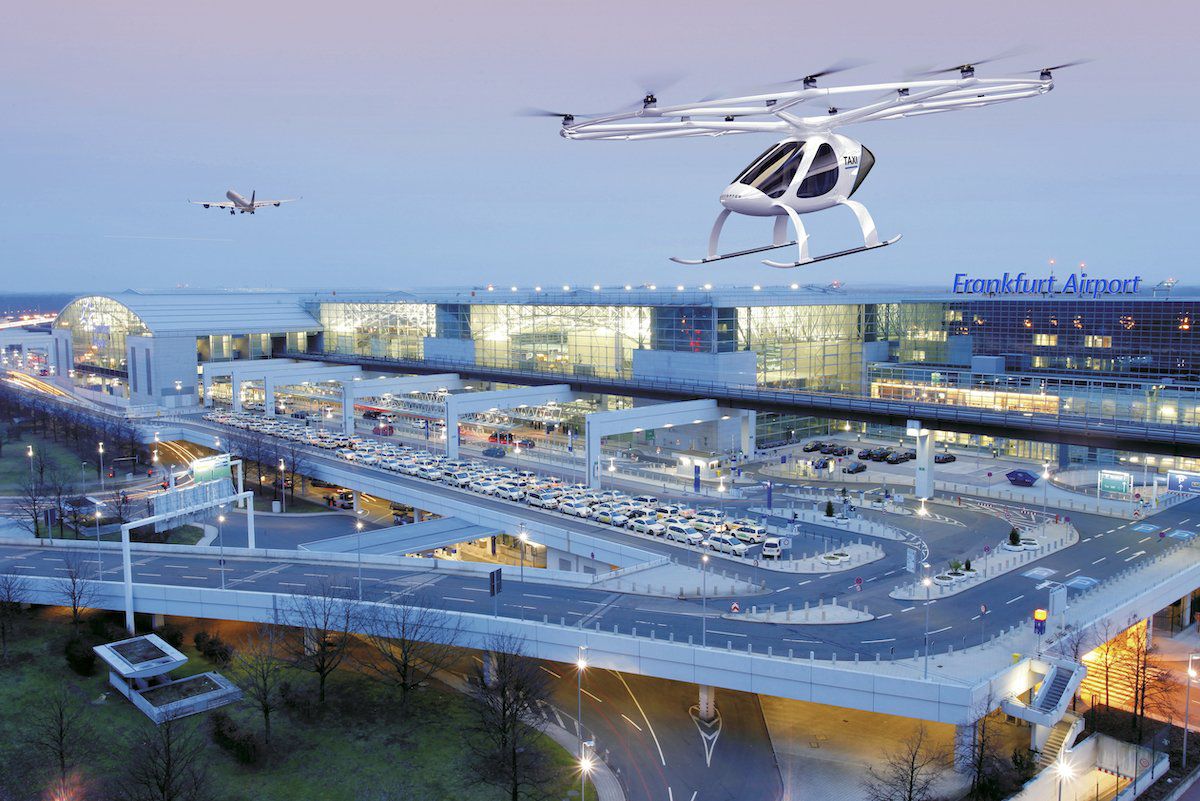 Eyeing the possibility of being the first airport in Europe to “harness the potential of electric air taxis,” Fraport AG has announced its intention to join with Volocopter to develop dedicated “Volocopter Ports.” (Fraport is the German company that operates the Frankfurt airport.)

For its part, Fraport has significant experience managing unmanned flying devices. “Via its FraDrones program, Fraport has already tested various scenarios for using drones for operational purposes,” according to the company. And for its part Volocopter has continued to develop its 2X electric VTOL after a number of test flights and public demonstrations, including this one in January 2018.

Fraport says of this collaboration, “This cooperation focuses on smooth passenger handling and efficient integration into existing transport infrastructure. In the future, Volocopter Ports could link existing urban transportation junctions with one another and provide connections to and from Frankfurt Airport.”

“Providing the ideal connection between the city center and the airport poses a huge challenge for the world’s major cities,” says Florian Reuter, CEO of Volocopter. “Together with Fraport AG, we are excited to pioneer the implementation of an air taxi service at one of Europe’s most important airports.”