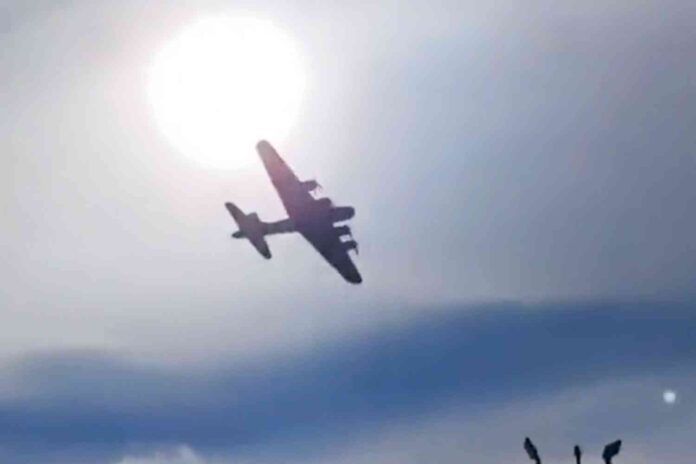 It’s never a good thing when a general aviation accident occupies the lead slot on the evening news on a Saturday night. Or when it consumes five minutes of an abbreviated newscast that aired in the market where I live. But that’s exactly what happened with dramatic coverage of collision between a B-17 and an even rarer P-63 at a Dallas airshow Saturday. There were no survivors among the five aboard the B-17 and the single pilot in the P-63. As is the way of these things, the crash received wide news coverage with video from several angles. You can view it yourself and you hardly need instant YouTube analysis to see what happened. Why it happened awaits further investigation.

The question that always occurs to me after every airshow crash—and they’re not exactly rare—is this: Are these displays still worth doing? It has a particular poignancy for shows involving rare warbirds, for even allowing for the odd scratch-built airplane from parts, the fleet of flyable historical aircraft is fragile.

My answer to this question has always been yes, but I’ll tell ya this, I say it with less full-throated enthusiasm than I once did. Ostensibly, these are supposed to be acts of patriotism whose high-minded intent is to remind viewers of the sacrifice and achievements of the World War II generation. But I’m not sure that bombers and fighters flying by for anyone not broadly familiar with the war is anything but the other reason we do airshows: for entertainment and spectacle. So is that tradeoff worth the risk in flying these relics? In my view, yes, but just.

There’s an example of just about every historically important aircraft in a museum somewhere in the U.S. or abroad. You’ll learn more about them in that context than you will watching one fly by. But to me, it’s inarguable that hearing a Merlin in full song or four Wright R-1820s adds a dimension to the experience. Five years ago, when the Collings Foundation was touring the former Nine-O-Nine B-17, I watched it being marshaled into parking here at Venice. What impressed me most was how much the brakes squealed. It was easy to imagine what a couple of dozen of them trundling out of their revetments in East Anglia on the way to Schweinfurt must have sounded like. Or what 80 B-29s departing Tinian felt like when Doc or FiFi roar by. I can’t convince myself that these should be grounded for the sake of safety. That’s too much nannyism for me.

Still, what reality giveth, it also taketh away. The aforementioned Nine-O-Nine was destroyed in a crash on Oct. 2, 2019, at Windsor Locks, Connecticut. Seven of the 13 people aboard were killed and six were injured, one on the ground. The cause was the pilot’s mishandling of the airplane after an engine shutdown, itself caused by egregious maintenance oversights that also hobbled another engine on the same wing. The NTSB’s investigation found that the Collings Foundation’s organization was not effective in identifying and mitigating safety risks.

Prior to the accident, I had flown with Collings and covered them a couple of times. In my view, they were a stand-up, professional organization. I was not qualified to make this judgment from the outside looking in because the Nine-O-Nine crash revealed significant deficiencies. I’m not suggesting that this applies at all to the Commemorative Air Force’s oversight of its demonstration flights. In fact, I have the same view of it that I had of Collings before the accident.

But this much is true. In just three years, two B-17s have been lost with the loss of 13 lives. If the warbird historical community is lumped together as one, this is not an enviable record regardless of what caused the accidents. I keep going back to that risk tradeoff and positing that this is the price to pay for historical demonstration flights. Evidently, this is true, too, because it has just been paid by the families of the crews lost in the tragedy.

Not to be discounted is the impact on spectators. A decade ago, a family friend witnessed a fatal airshow accident at Martinsburg, West Virginia. I asked her to write about the trauma she experienced in this blog submission. As she said, the horror of such things leaves an indelible imprint and a lasting impression of aviation that’s anything but positive, the diametric opposite of what airshows aspire to do.

In my time covering shows at Oshkosh and Lakeland, I’ve been to an airshow briefing or two. I’m not an expert on it, but my impression is that they’re carefully orchestrated with little left to chance. The performers and pilots take them seriously because everyone understands the stakes. There’s no reason to believe the Dallas show was any different, but avoiding accidents has always involved more dumb luck than most of us are willing to admit. Luck ran out here. Just guessing, but I bet long before the NTSB gets around to issuing even a preliminary report, CAF will know what happened and possibly why. A simple flyby gone bad for a moment’s inattention or something else?

And it will be up to them to fix it because neither the NTSB nor FAA are well versed enough in what these organizations do to give them other than the broadest guidance. And fix it they better because another major accident might turn vintage aircraft demonstrations from worth it, to not worth it.

LATE ADDITION: I was watching some coverage of this accident that included a press conference with NTSB member Michael Graham. This produced an immediate palm-to-forehead moment. Graham has wide GA safety program experience with Textron and was a Navy pilot flying F/A 18s. He has more than enough experience to cast a critical outside eye on CAF and airshow operations. If the agency can avoid a political for-appearances recommendation, something positive may came of this accident.