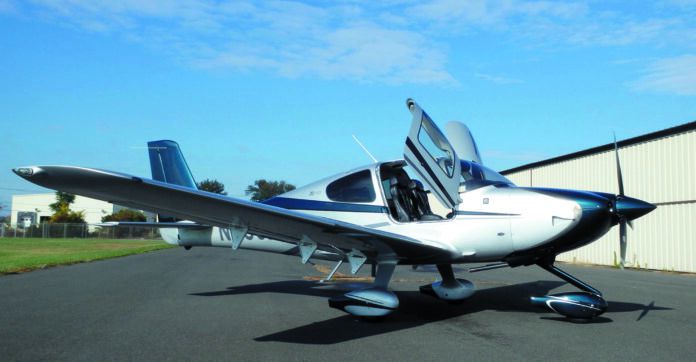 Though often overshadowed by its big-brother SR22, Cirrus’ SR20 is a reasonable airplane for newer pilots, or for those looking to later step up to the faster SR22. Pick your engine and avionics. Earlier models have Avidyne suites and later ones have Garmin’s G1000. In 2017, Cirrus re-engined the six-cylinder Continental-powered aircraft with a four-cylinder Lycoming IO-390, stretching the useful load and potentially increasing the engine’s TBO to 2400 hours with high use. But no matter which you choose, expect a feeding frenzy in the current market. Most SR20s, we’re told by sales pros, sell before they’re even advertised. The demand and the waiting list for factory-new SR20s is spilling into the used market—with later models selling for more than new ones, in some cases.

SR20: Pushing The Edge Of Innovation

Cirrus company founders Alan and Dale Klapmeier maintained the idea that traditional airplanes from Cessna, Piper and others were too hard to fly, lacked intelligent safety features and failed to push the technological edge in both design and manufacturing. Thus the SR20 was born with composite construction, side-stick yoke, swing-up doors and a single big-screen MFD.

The most innovative detail of the SR20 is the Cirrus Airframe Parachute System (CAPS). The system is designed to lower the airplane and its passengers to the ground. It also exacts an 85-pound useful load penalty and a recurring maintenance expense, including 10-year CAPS repacks. The airframe has a 12,000-hour life limit.

There are plenty of vintages to choose from. Type certified in 1998, the first SR20s were delivered as 1999 models, and the avionics in the SR20 have been through several evolutions. When shopping, you’ll find traditional round (electric gyros) flight instruments in first-gen airplanes, but many have seen avionics upgrades to Garmin aftermarket equipment. Cirrus eventually adopted Garmin for its panels, and never looked back. Current models are often equipped just like an SR22 with a Garmin G1000 panel using dual (PFD and MFD) screens, dubbed Cirrus Perspective+, and added options like larger screens, a satellite comm system and active traffic alerting. Some SR20s have S-TEC autopilots, later models have Garmin’s integrated GFC700 and now there’s an STC for Garmin’s GFC500 retrofit autopilot.

Despite being the company’s entry-level model, the SR20 is a high-performance machine, hitting 145 knots for older models to 155 knots for the later ones. The SR20 G3 has a max gross weight of 3050 pounds, though pilots can expect it to be sluggish in high density altitude conditions given its weight and power available.

Training is a must—and that means learning how to land the airplane the right way. A scan of recent SR20 accidents shows 31 percent were runway loss-of-control accidents (RLOC), with engine-related accidents following behind at 16 percent. Cirrus RLOCs tend to happen at higher speeds and significantly damage the aircraft. The Cirrus line does have a stall-resistant split-incidence wing, though the type does have some stall/spin accident presence. The recovery? Pull the CAPS.

Perhaps the most sought-after SR20s are the later IO-390-powered models, but there are certainly more Continental-powered aircraft. No matter which you choose, you should source any used Cirrus from reputable sellers and one that’s been maintained by shops versed with the Cirrus line. We’re told 75 percent of SR20s go to training fleets, often changing hands from school to school. But later-model SR20s are appealing for personal use, and we’re told insurers generally favor the SR20 over the SR22 for new pilots. Later models have modern cabins, and in 2012 a flex 60/40 split rear seat was introduced, making the SR20 even more appealing as a personal traveler.

Prices for just about all SR20 models are at all-time highs. According to the latest Aircraft Bluebook, a 2005 SR20 G2 typically retails at $200,000, but ones with newer avionics and fresh engines bring more. A 2009-2010 SR20 can sell for just under $300,000, and many later 2014-2016 SR20s typically sell close to $400,000. You’ll pay a premium at dealers that sell only the best SR20s. Daniel Christian at Lone Mountain Aviation (www.lonemountainaviation.com) recently told sister publication Aviation Consumer magazine that SR20s (and SR22s) in its inventory sell within days or even hours of becoming available. Steve Schwartz at Aerista (www.aerista.com) advises serious buyers to stay in touch with larger brokers who will know when an SR20 will be coming to market. If not, the hunt will be challenging if not impossible in the current market.