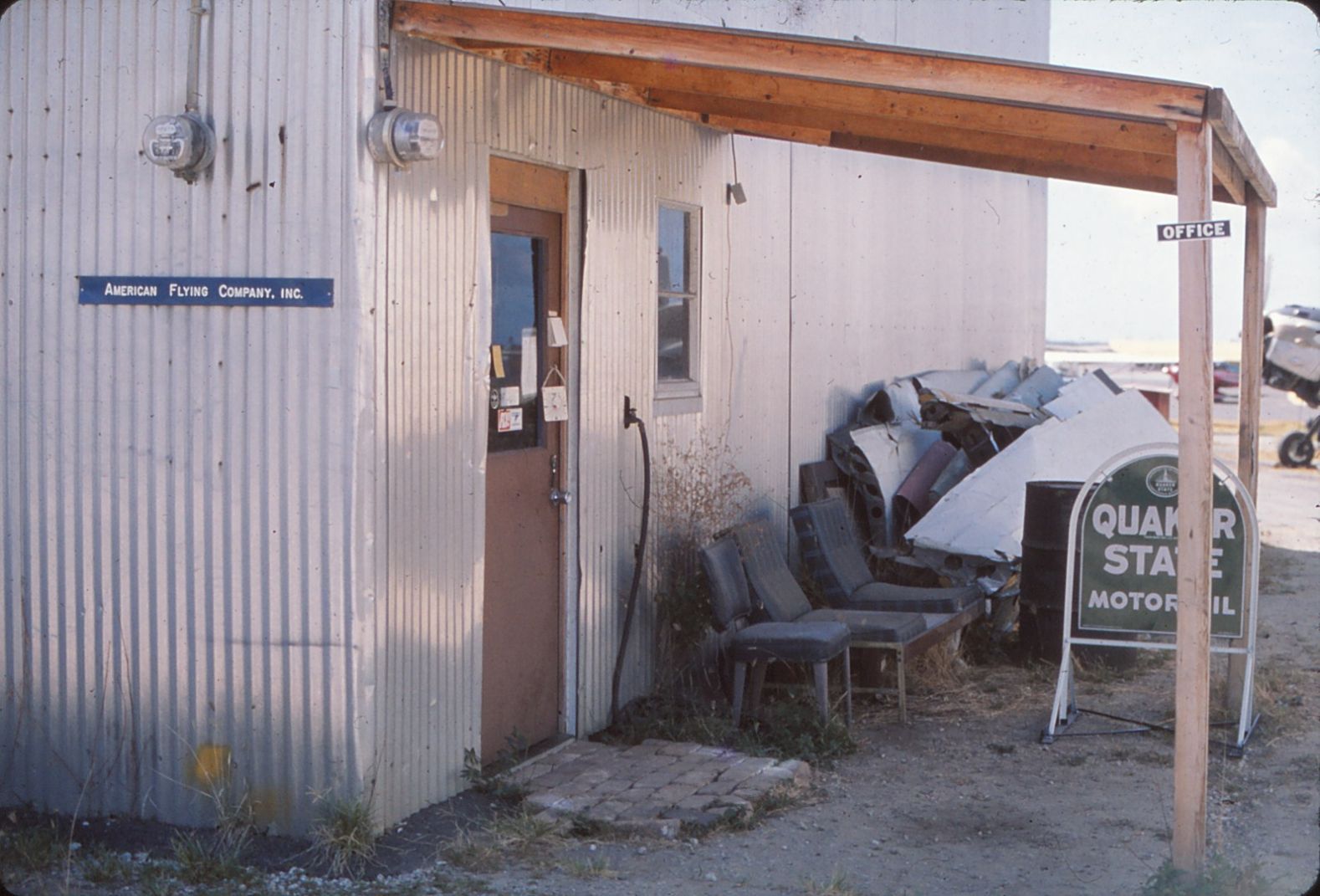 An airport hath no soul without a pilot lounge … or pilots/pilot’s lounge, depending on possessive plurality issues unspecified in the AIM’s social amenities supplement. Lounge accessories should include: A coffee pot, a bulletin board papered with FAA notices no one reads, a faded copy of Magee’s High Flight (genuflect), and ads for aircraft sold years before. Plus, the Far Side cartoon of a mountain goat in the clouds that’s endlessly shared on Facebook, dulling its comedic edge. Dusty model fighters dangle from the ceiling in frozen dogfights with no clear victors. There’s usually a wall map with a peg in the home airport and a string leading from there to points and possibilities unknown on vectors more imagined than taken. It’s a timeless sanctuary, protected from the outside world and populated by misunderstood refugees—namely, pilots.

Declaring who’s a pilot and therefore eligible to lounge about, gets tricky. It’s not as simple as toting a plastic certificate in your wallet, especially if you’re like me and can’t always find your wallet. It goes deeper. I’ve been studying the microcosmic lounge phenomenon for a half-century in 49 states and once in the U.K. where I didn’t quite understand the language or why the beer was warm. I’ve eaten boxes of stale doughnuts, slept on couches so uninviting COVID would recoil, but I’ve selflessly made any sacrifice for research that bolsters my preconceived notions. That’s how science works.

So, who is a pilot? According to 61.3(z), it’s any person who looks up at the sound of a passing airplane during outdoor weddings. “Yeah, yeah, ‘I do,’ whatever. … Hey, was that a Luscombe or a T-craft?” Or the lone aeromantic who veers off the road when an aircraft rises above a distant ridge at sunset. There are no exclusions based on age or sex—although, bragging about the latter trends inversely with the former. Medical condition or minimum education levels are irrelevant since no one cares about your BMI or SAT scores. If you can read and ignore Keep Out signs and wander confidently through rows of airplanes that seldom fly, then you qualify. If you can identify the makes and models, then you get seated closest to the coffee pot. Make the coffee, and you’ll be anointed the EAA chapter president.

Despite this inside-the-circle allure of the lounge, where dreams are shared and aviation feats endlessly reexamined and expanded, it’s what’s outside that makes the airport an immovable feast. Pilots and their stories come and go, but the 1957 Piper Apache with one engine missing that’s been parked behind the maintenance shop since June left Ward Cleaver for Eddie Haskell is never going anywhere, even if someone, particularly the airport manager, dreams it will.  Fossilized Twin Navions or a Mooney Mustang (one of several notions that have scuttled the manufacturer over the decades) are acceptable substitutes. Such derelicts lend an airport the illusion of permanence and fliers a connection to a past that may never have existed.

To casual passersby an airport is a strange parking lot for objects they can’t understand and frequently attempt to banish. To aficionados, the ramp—administratively maligned as an “apron”—is a palette schmeared with hopes and fantasies rather than inconvenient reality. Fortunately for pilots, reality is as we perceive it. Everyone knows that the guy who’s been building a Starduster in his hangar for 17 years is unlikely to finish it. He’s not even a pilot in the FAA sense and would probably crash on the inaugural landing if, somehow, he managed to take off. But his workmanship is impeccable, his drive admirable, and like the persistent ant in Sinatra’s High Hopes, “he’s got high, apple-pie-in-the-sky hopes.” Meaning, hope springs where dreamers pursue what to lesser spirits is impossible. Or, as Theodor Hertzl proclaimed, “If you will it, it’s not a dream.” Gleaned that one from a Lebowski Quote-Of-The-Day calendar (not available in stores).

Never underestimate willpower in aviation. Need proof? Consider the VFR pilot standing beneath her Husky’s wing tip, rain dripping onto a wire haired dachshund, shivering at her feet as this pilot—who’s already spent two nights in the lounge without toothpaste—stares at the leaden sky, willing sunlight to release them. And it does. It always does. Sure, she could earn an instrument rating and penetrate the clag with blind faith in a system that safely protects the homeward bounder. But what, then, becomes of dreams? Without them we are mere prisoners of transportation, and where does that get us? Well, home, perhaps. Point taken, but there’s much to be learned from the kindness of strangers on unfamiliar airfields along the way.

One benefit of a room where transient pilots linger in Twilight Zone suspension is the social connection it affords in our increasingly disconnected world. Years back, while waiting for a squall line to pass through Guyman, Oklahoma, I doubtless looked hungry and pathetic, so a local mechanic tossed me his truck keys with directions to a Mexican restaurant that almost made the rain delay worthwhile. When I returned, after topping the truck’s tank, a couple of pilot loungers asked, “That your biplane out there?” I nodded, yes, and the conversation ricocheted out of context, “Bet you never been to a gasworks.” I hadn’t, but knowing that life is an evolving non sequitur, off I rode across the plains with two strangers from a Cormac McCarthy novel toward a distant mirage of curving pipes surrounded by chain link fence. I thought this might be a kidnapping but, instead, received an impromptu lesson in natural gas drying ops. Interesting, but more importantly, I learned how an unscheduled stop can dwarf any destination I might’ve planned. That said, I genuinely wanted to get home, because there’s only so long you can hang around a pilot/pilots/pilot’s lounge before going nuts, staring at that Far Side goat.