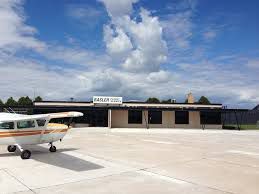 There’s a weird disconnect in aviation that is taken for granted but kind of hard to explain in the context of the current state of affairs.

It would be a fairly safe assumption, I think, that most pilots think of themselves as being decisive, independent sorts who can think on their feet. Anyone without those qualities would probably find that aviation isn’t for them.

Pilot jokes notwithstanding, that’s not to say pilots are necessarily a subset of society but I think we see ourselves in those jokes if we’re being honest.

It’s that independent streak that has me puzzled in light of recent events. What’s amazing is that it survives participation in one of the most highly regulated and controlled activities imaginable. The system is built on strict adherence to policy, procedure and regulation. Conformity is not only required, it’s celebrated. Respect for fellow pilots hinges on their knowledge of the rules and their skills in following them. We are quick to scorn those who waver.

That’s because our lives and those of others can depend on it, not often for most of us, but enough that the best of us practice and polish and review and research to stay on top of our game.

The pandemic has turned a lot of things upside down but flight safety remains the fundamental principle of all aviation activity and that means following the rules, for the most part.

So it’s kind of perplexing that some kind of rebellion is brewing in reaction to the cancellation of AirVenture 2020. I’ve seen some references to a “protest” fly-in during the week that AirVenture would have been held and when I contacted EAA to see if they knew anything about it they were already addressing it.

I’m certainly not as plugged in as the folks in Oshkosh and it seemed far-fetched to me but EAA staff and the local airport authority considered it enough of an issue that they felt the need to release public statements about it.

What’s more puzzling to me is the “protest” reference. What, exactly is being protested? We’re all disappointed that the big show is skipping this year but there was no way it could be held and we’ve already dealt with why in this space. Anyone who thinks Chairman Jack Pelton made the call as a tool of some vast far-left conspiracy to threaten our rights and turn us all into communists doesn’t know Jack.

What will be really interesting is what happens if this thing catches fire. In its statement, Wittman Regional Airport stressed that it has parking for a limited number of aircraft on the terminal and Basler ramps and there will be no camping or any other facilities available. That the specific references to camping and parking on the grass were made suggests that some kind of occupation of the airport was being envisioned in the social media chatter.

It’s clear that the grass will be off limits and just showing up isn’t going to change that. If things get out of hand I imagine the contract tower controllers will simply turn aircraft away.

For those who get in, the only options are parking on the ramp and finding a hotel to stay in. The good news there is that rooms should be available at all the places that have years-long waiting lists for AirVenture and it shouldn’t cost a mortgage payment for a night’s stay. For those who don’t get in, there’s always Fond du Lac.

I love AirVenture but I’ll find something to do for that week. Maybe we’ll go to the lake and cook up some bratwurst for old time’s sake.

But I definitely won’t be making a pest of myself trying to press a spurious point that will confuse and divert from the real issues that will result from the COVID mess.

At this point, a 2021 AirVenture is far from a sure thing and we all have the freedom to make the choices that will give it a better chance to go forward. I can’t see how this “protest” will help.