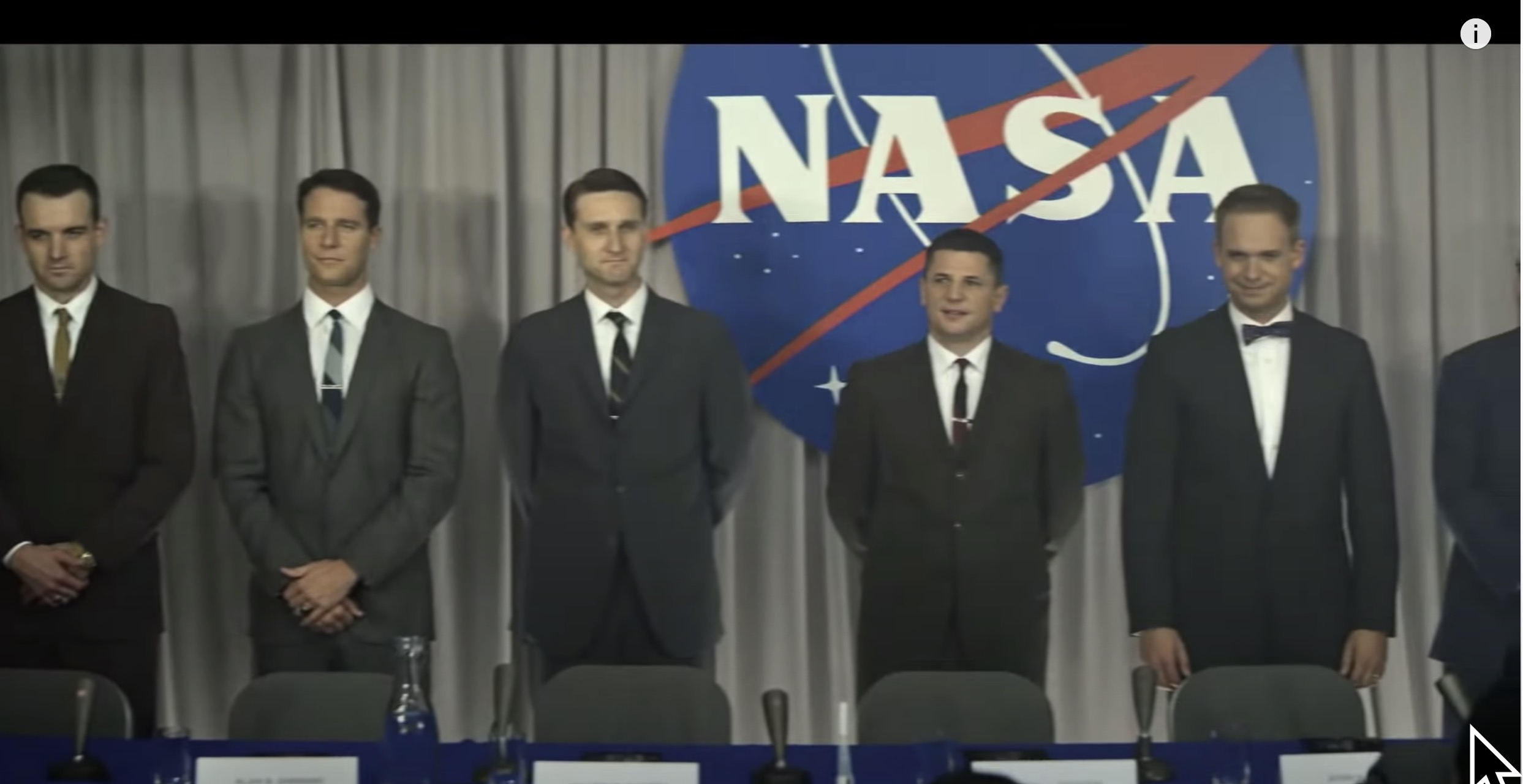 In 2015, after George Lucas had sold the Star Wars franchise, he got in a little hot water for calling Disney, the company who bought it, “white slavers.” I got the joke because I recalled the even darker description a friend of mine who worked at Disney said some company insiders used: Mousewitz. That Disney has a rapacious relationship with commercial sensibilities is evidently well understood in the entertainment industry.

In that context, comes a new project this fall from Disney and Nat Geo that remakes the 1983 movie The Right Stuff into an eight-part television series. With eight episodes of bandwidth and four decades of computer graphics progress at hand, I can imagine binary potential: It will be breathtakingly fabulous or a groaning flop. The Disney promo mill describes it as “a clear-eyed, non-nostalgic look at the lives of these ambitious astronauts and their families, who became instant celebrities in a competition that would either kill them or make them immortal.”

I get just a flicker of an overhype warning light on that. It goes full red with the rest of it: “At the heart of the historic drama populated by deeply human characters are two men who become icons—Glenn and Shepard—as they jockey to be the first man in space. The entire program is nearly brought to its knees by their intense rivalry.”

Maybe I’m suffering from amnesia, but I don’t recall that from actual events nor in Tom Wolfe’s telling of the story in the bestselling 1979 book. When the film appeared in 1983, it took certain liberties with Wolfe’s story, but hewed well enough to the idea of it to be well received and win four Academy Awards for technical excellence. The movie has aged well. If you read the book and watch it today with other than an eye as jaundiced as mine can be, the ethos of the book is visible. The original Right Stuff movie went far enough, but not too far.

When Tom Wolfe died in 2018, I reread the book and realized I’d forgotten it was neither documentary nor history. One review called it a novel, but it’s not that, either. As a so-called “new journalist,” Wolfe had built the story on one premise: To explain what makes a person willing to sit atop a column of explosive propellant and have someone light the fuse. The astronauts and pilots Wolfe interviewed could not articulate this nor could Wolfe commit to even his unrestrained prose that curious but powerful way pilots embed their egos in their ability to manipulate the controls of an airplane.

And how failing to do so skillfully—screwing the pooch, you’ll recall—was an unspoken, profound failing, but a failing nonetheless. As the astronauts and pilots were flustered for a descriptor, Wolfe surrendered in their behalf by calling the indescribable quality, “the right stuff.” You knew it when you saw it even if you couldn’t explain it.

What made The Right Stuff the story it was was Wolfe’s unique talent in adhering to that underlying premise. How did these guys handle the risk, the fear and great unknowns of edge-of-progress flight? The rockets and associated technology were bit players. It was the men Wolfe focused on.

Both the book and the movie, but especially the book, were agreeably exaggerated. If you cringed at the excess, it wasn’t much because it was so obviously built on a transparent grasp of the pilot psyche. Wolfe and the astronauts he interviewed understood the public’s need for heroes–single combat warriors struggling to the top of the ziggurat, as Wolfe described it. They knew the public and even some at NASA went wide-eyed and rapt at their aw-shucks description of hanging it out on the edge of in some never-before-tried hurtling machine. And they also understood this for the utter confection it was, but one they could manipulate in their own narrow favor– the “halo effect,” as Wolfe called it. Life Magazine practically made an independent industry of the Mercury 7.

In his research, Wolfe heard a lot of funny there-I-was stories that are as important to flying as knowing pitch from roll. And the book has a lot of that, including the epic tale of Pete Conrad and the enema bag: “The next thing the people in the administrative office knew, a small but enraged young man was storming into the office of General Schwichtenberg himself, waving a great flaccid flamingo-pink enema bag and hose like some sort of obese whip. As he waved it, it gurgled.”

Good luck getting that into a film and more yet finding an actor who can pull it off. Or is it more likely it will fall out of the screenplay, meaning the new film borrows the name of the book but is something else entirely? But that was The Right Stuff. Wolfe’s version wasn’t a Project Mercury history, it was an extended character study animated by human foibles, faults and fallacies. The very title conveys something unique about Wolfe’s treatment of the subject. I wonder if the original Right Stuff still resonates enough with audiences who don’t read much to still be a market touchpoint. Otherwise, Disney and Nat Geo may just be borrowing a name.

I guess we’ll find out in October.

While I’m doing my Saturday morning aviation movie critic duties, worth mentioning is a new film released by Amazon for its Prime streaming customers. It’s called 7500—for the hijack transponder code—and was actually made a year ago, but just made available in June. Here’s the trailer.

The story line concerns a Berlin-to-Paris flight hijacked by Muslim extremists bent on crashing it intentionally. It’s the story of the 9/11 hijackings writ small and it revealed to me that I still feel trauma over that event, almost 20 years on. I think many of us do.

It’s a German production filmed entirely in the cockpit of what I take to be an Airbus. The visuals are excellent and so is the interplay between the pilots, ground crew and flight attendants as the movie begins. Confining the story to the cockpit gives the movie a tense claustrophobia I found effective but difficult to endure. I wanted to inch away from the television until my back was against the wall behind the couch. I was also cheering the Federal Flight Deck Officer program.

While 7500 is well crafted, it’s a study in, well I don’t know what it’s a study in. It doesn’t have a happy ending by any means. I have no idea why anyone thought this story needed reprising, other than it heaps more steaming awfulness onto an already sufficiently awful year.