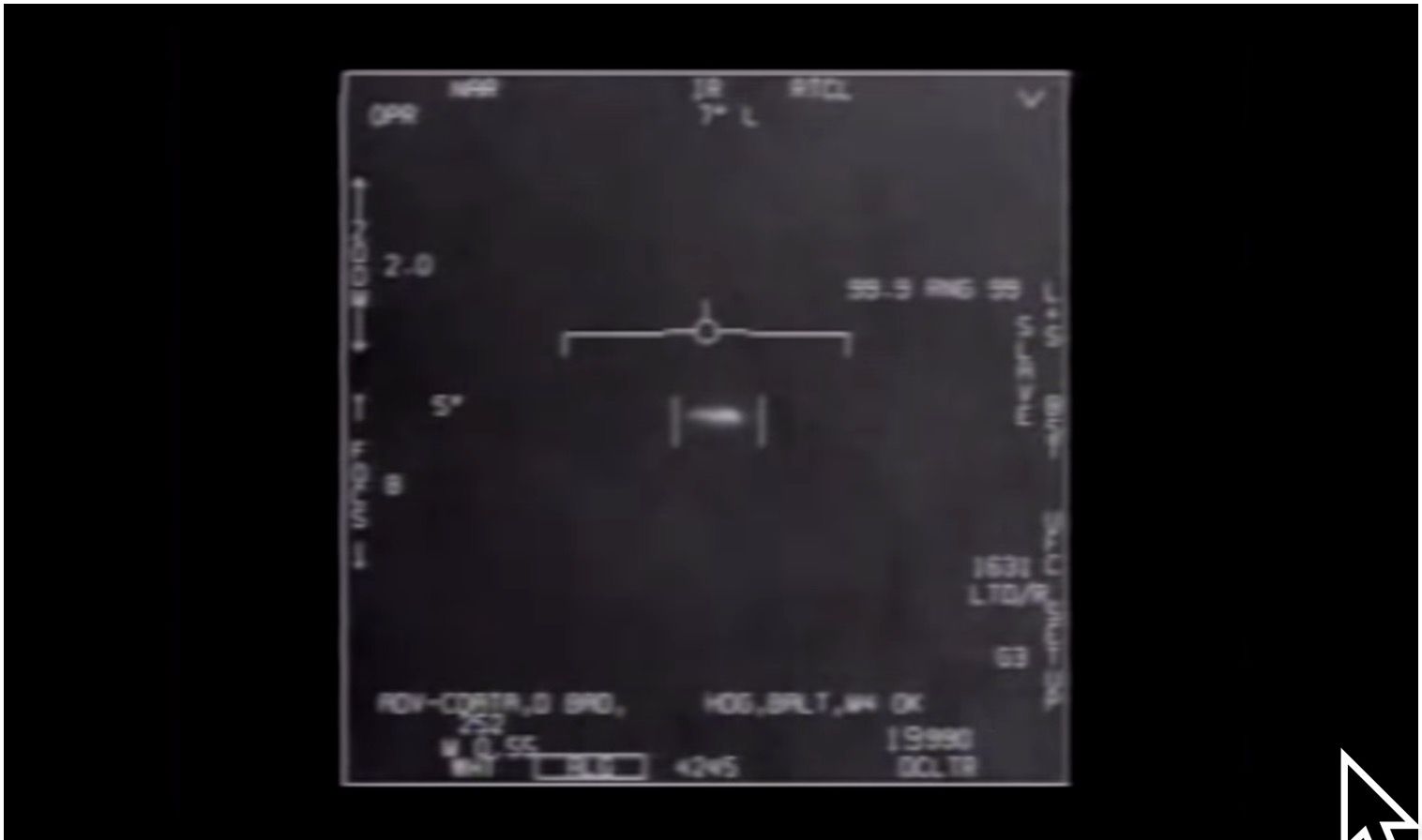 Are you familiar with the term gaslighting? It’s from the cultural vernacular and it means that some tormenter or malign force is causing you to doubt your own sanity. In my case, the bad actor seems to be reality itself, in this case some recent press coverage suggesting that we really have to have a serious discussion about aliens and if not aliens, at least UFOs. The Navy would prefer you not use that term. The service likes to call them “unidentified aerial phenomena.”

The Navy figures into this because its recently released F/A-18 HUD footage of a UFO—sorry, UAP—has ginned up press coverage suggesting there are some pretty weird flying machines out there and one author even ventured this: “There’s a non-zero chance that some of these UFOs were made by non-human hands.”

This kind of thinking is how new religions get started. Famed astrophysicist Neil deGrasse Tyson likes to tell the story of Isaac Newton committing planetary motion to precise, predictable mathematics, but even he had his limits. Unable to explain observed retrograde motion, Newton attributed it to God. A century later, LaGrange and Laplace offered perturbation theory and the puzzle piece snapped into place. Neither is dispositive to the existence of God, but the math was indisputable. While I’m at it, there’s a non-zero chance you can prove my dog Wrigley didn’t write this blog. (He may have written others.)

Last week’s stories on this Navy-provided footage said it was just publicly released. Perhaps officially, but I saw it a year ago in a Washington Post story. I thought about it then what I think about it now. This is interesting, can’t yet be explained and deserves the attention of serious science. It may or may not be getting this. Those inclined to the conspiratorial may think it already has been investigated and the government is suppressing what it knows to forestall panic. I don’t know about you, but I’d introduce myself to the visitors and allow as how if you flew here from Arvala-7 in the Mandalorian system, maybe you could help us with this little virus problem we have.

I saw an interview with one of the Navy pilots—these incidents occurred in 2004 and 2015. He didn’t strike me as a foil-hat wearing whack job, but just a workaday fleet pilot who saw what he saw, but doesn’t know what it was. Because to a civilian, a lieutenant commander is a “trained observer,” the sightings had added credibility. With all due respect to military pilots, they’re not scientific observers, trained to record, gather and analyze data and recognize and reject their own biases. That’s the level of science that should be applied to a broader investigation if we’re to take these sightings and events seriously. (In that sense, I like the Navy’s idea to call this “aerial phenomena.” In some cases, they may not be objects at all.)

I’m baffled by those predisposed to say these must be alien craft and I recoil at the next leap of faith: The aliens are here and living among us. Remember Alien Nation? I hated that show and don’t like the prospect of a real-life version of it any better. Meanwhile, 6 percent of Americans claim to have been abducted by aliens. Would it surprise you to know there’s an International Center for Abduction Research? Perhaps 94 percent of us would say, why yes, it would. The fact that none of us can prove they weren’t abducted lowers the gaslights to max dim.

I’m one with the late Carl Sagan that it’s mathematically inconceivable that there aren’t aliens out there among the billions and billions of planets we believe to exist. Intelligent ones, too. It’s just that I don’t think they’ve paid us a visit. But if they have, given the way things are going, we’re sure to find out about in the next week or two. Meanwhile, I need to sign off and feed Wrigley. No kibble, no kolumns.