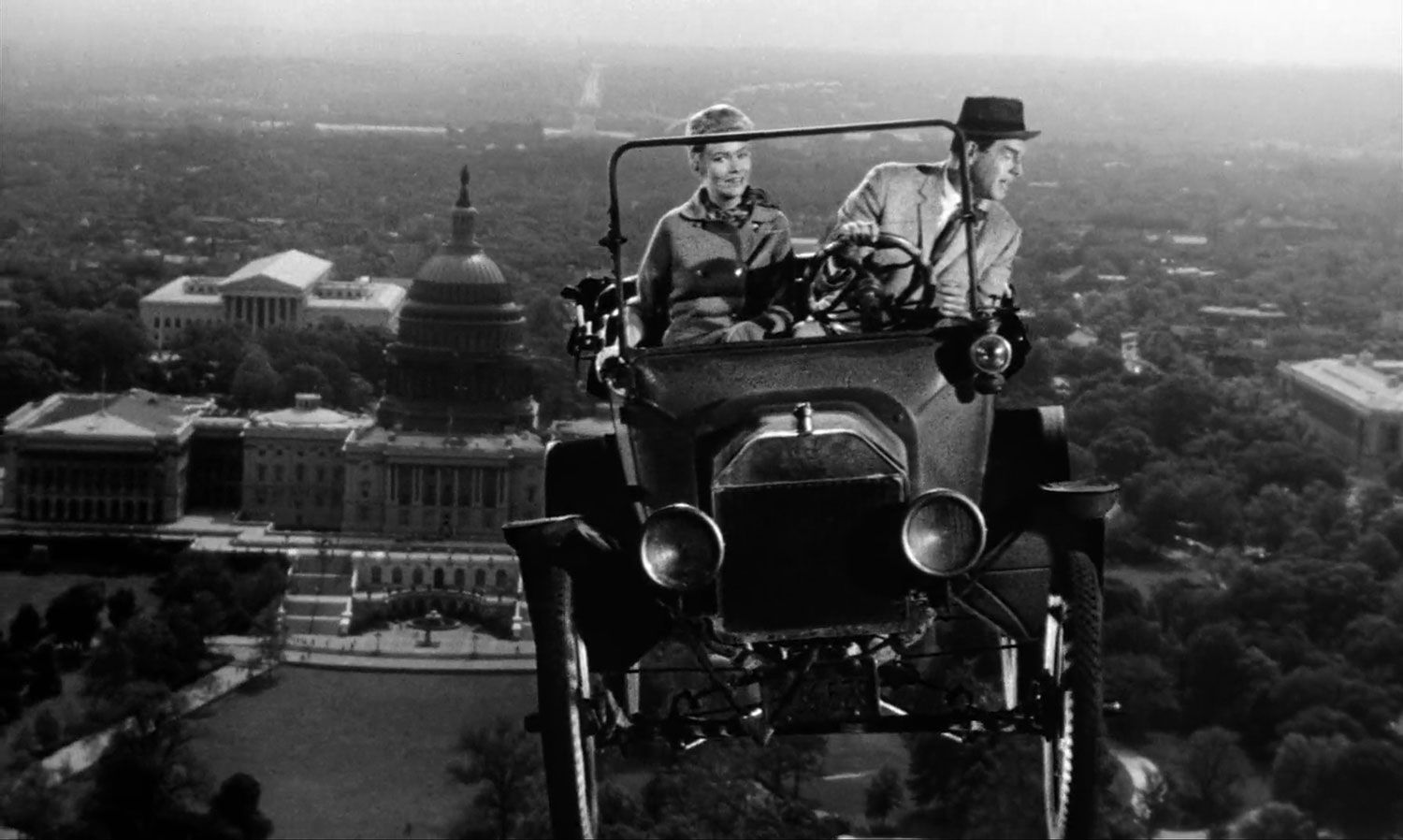 As a kid relegated to the wayback in a 56 Plymouth wagon, I’d hang over the tailgate to watch the New Jersey Turnpike unroll beneath my imagination.  Inside my brain, permanently fogged with tetraethyly leaded exhaust fumes, the highway was a runway, and I was a B-17 tail gunner experiencing flight in reverse. Alone, I’d count the cars and blast away with my twin 50s at Bf-109s on our six, until my carboxyhemoglobin rose to naptime levels. In the hypoxic arms of Morpheus, I’d dream of flight and never once of the obstacles to it. I’d have to wait to become a pilot, but in 1960 I already had my air car.

The dream of automobiles that sprout wings has teased us since 1903 when Alberto Santos-Dumont proved that with enough money, anyone can land a dirigible beside a Parisian café, grab lunch and be home in time for vespers. Cool, but the flying car fantasy remained out of grasp until 1949 when Molt Taylor introduced his Aerocar, which swept Cessna, Beech, and Piper from the post-war skies.

Just kidding. Only four Aerocars were built, and the technology languished until recently when AirCar in Slovakia and Pal-V in the Netherlands sparked renewed interest with successful tests of roadable flying machines. Impressive developments both, but why the delay? Every kid I grew up with wanted a flying car. Or X-ray glasses. The demand was there. So much so that in 1961 Disney invented Flubber, an anti-gravity rubber that Fred MacMurray slathered onto his Model T to produce a practical flying car. It’s that simple. If kids ruled the world, we’d have had flying cars decades ago. Adults, though, always muck up the works. But they have all the money, so I knew I’d have to wait until I grew up to be heard.

I’m a boring adult now and obey many, but not all, rules. The ones I don’t are usually ignored from lack of awareness. A lame excuse I admit, but it’s why the FAA—aviation’s playground monitor—invented flight reviews. The FAA didn’t discover flight, didn’t even help, just made some of it seem like homework. And I must’ve skipped an assignment two years back when AC 90-66B hit newsstands with the breathless anticipation of the holiday edition of Dry-Cleaning Weekly.

Advisory Circulars (AC) are like letters from your parents when you’re away in the Army. Loaded with sensible advice, a few recipes, and thinly veiled disappointment about why they’re writing, it’s the FAA’s way of saying, “We love you, and even though we can’t watch you every minute, we know what you’re up to!”  Serious guilt is layered into these missives, and AC 90-66B slapped me upside my complacent head when a traffic pattern discussion ensued during a recent flight review.

FAR 61.56 says flight reviews (BFRs in old-speak) shall include at least one hour of flight training and one of ground, emphasizing “the current general operating and flight rules of Part 91.” Tall order for one hour, two if you include talking during the minimal one-hour flight. As an instructor, I never shut up. Most clients I review are good sticks, and the airborne lesson is more fun-flying than sweating out a check ride. Who doesn’t like repeated steep turns, stalls, and Lazy 8s? Except maybe the instructor who hasn’t done an 8, lazy or otherwise, since passing the CFI ride years ago. That said, everyone develops bad habits, which the reviewing instructor should address. During ground instruction, embarrassing knowledge gaps are tactfully exposed and filled. And it was during a recent session that I, the omniscient instructor, exposed my desiccated grasp of traffic pattern altitudes.

In my defense: On my first flying lesson in 1973, as we entered the downwind leg at 800 feet above field elevation, the instructor said, “Don’t you dare throw up in my airplane!” And Frederick Hansen Lund’s rule of primacy holds that whatever you learn first, sticks to you like Flubber. To this day I don’t vomit when flying an 800-foot pattern, and throughout years of instructing I’ve taught the same, until recently when a client said, “But the pattern altitude is 1000 feet.” My falsetto response, “Really?” exposed my ignorance. He referenced ForeFlight on the computer thingy strapped to his thigh. I never strap anything to my thighs so was at a disadvantage.

Unless you’re a politician, it’s pointless to argue with facts. AC 90-66B (plus the AIM and AFH but not FARs) says the pattern altitude should be 1000 feet above field elevation for piston aircraft. In a more leisure-suited time, the FAA suggested those patterns meander between 800 and 1000 feet. Turbines fly patterns 1500 feet above the runway, supporting my suspicion that turbine pilots have looked down on me for years. Not all airfields embrace this 1000-foot suggestion, but most do. I called around to several airports without control towers, asking whoever answered the phone how high their local pattern altitude was. Most reported 1000 feet; others, “I think we’re still 800, maybe 1000, whatever,” and one said I should never call that number again. I get that a lot.

In effect, AC 90-66B has invalidated my entire aviation youth, making me—at least nominally—an adult who now expunges primacy and kowtows to change by adding 14 stories of empty sky to my traffic patterns. Given how my 65-HP Champ climbs, we may never reach pattern altitude before needing to land and refuel.

The elusive point is that I can adapt to change, provided I retain my AARP right to grumble about it. My flexibility, though, only highlights aviation’s general inability to expedite real innovation that any six-year-old knows would be invaluable, such as flying cars. Sure, some adults can move with creative warp speed. Elon Musk, for instance, will have Teslas on Mars before next Christmas, but will they fly once there? If not, I refuse to go … at least not without my X-ray glasses and twin-50s.