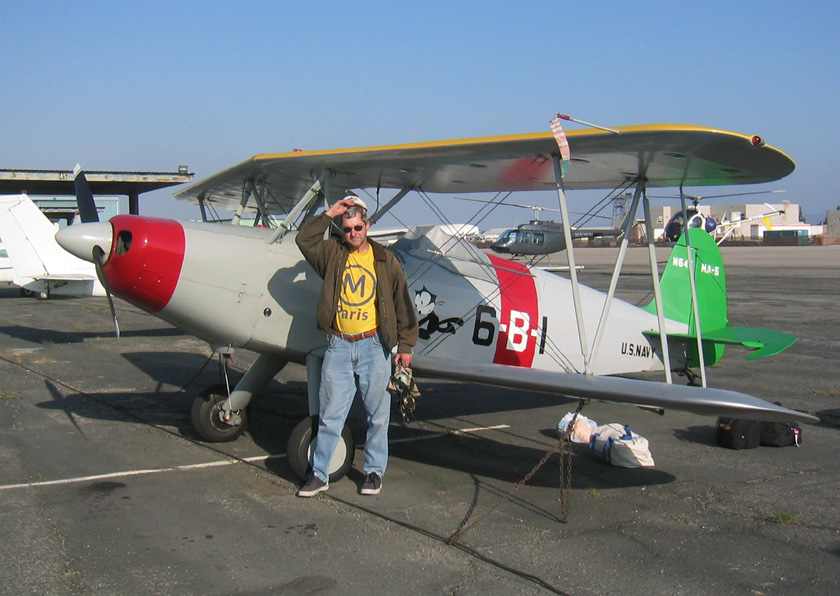 A pilot friend who knows more than I do about everything once said, “All air traffic controllers should first be pilots.” He was buying the beer, so I agreed. At the time I was both a pilot and a controller. Today, I still fly but haven’t said “Cleared to land” with any authority in years. I got into flying because it was fun. Well, fun after I quit throwing up. I got into ATC for the money and never once threw up in the tower. Enroute I discovered that being a controller could be a real giggle and pays way more than being a CFI.

Recently, AVweb ran a video by Anil Sangwan, recording a four-ship Bonanza formation flying VFR between New York City’s busiest airports: Kennedy (JFK), LaGuardia (LGA) and Newark (EWR). Full disclosure: I was born in Newark, which is unrelated to this article, but omissions like that can haunt a guy when running for president. Not that I’m running. You can view the video here.

VFR touring above the Hudson River is one of the best things you can do in an airplane with the FAA’s blessing, and dealing with three of the busiest control towers in the world is surprisingly easy. Investigate possible landing fees before letting the wheels touch. Watching the video, I was reminded how most controllers, even those who are not pilots, get a kick out of working air traffic. It’s not just a job; it’s awesome power with FAA backing … sometimes exercised behind the FAA’s back.

Not all air traffic control facilities are created equal, but while keeping traffic separated is fundamental to the job, the pilot/controller’s right to pursue happiness isn’t equally self-evident. Some towers are just friendlier than others. And some air traffic controllers really love a good, unscheduled airshow.

Like the time, years ago, when I was working in the Des Moines, Iowa (KDSM) tower on a mildly busy VFR day, and approach handed me a string of arrivals, neatly spaced like Walmart shoppers in line for nose swabbing, so all I had to do was launch departures between them. What made the lineup interesting was the airplane that checked on frequency with “North American” in his callsign. I assumed it was an old North American Navion (low wing, four-seat, complex). Given its impressive groundspeed though, I asked the pilot in my Opie Taylor voice, “Gee, Mister, is that a P-51 Mustang?”

The pilot answered, “Affirmative,” and probably expected a landing clearance. Instead—because Mustangs weren’t a daily occurrence—I glanced over my shoulder to make certain the supervisor was busy reading his Road & Track magazine, and I asked the Mustang pilot as quietly as I could, “Do you need to perform a low pass gear check past the tower?” I might’ve added, “Please!”

Aero Chivalry requires that all Mustang pilots be cool and do their best to amuse the huddled masses, yearning to breathe free avgas fumes. The pilot replied that he did, indeed, need a gear check, something normally the pilot initiates when suspicious that the landing gear is stuck in the up position. No such request had been made. I was strictly free-wheelin’ here and cleared the Mustang for a “Looowwww approach,” which the P-51 pilot obliged in a reverse banana pass and tower cab level that made the supe sit straight and reach for a cigarette, as I innocently broadcast, “North American 31Z, gear appears to be up. Cleared to land.” And the supervisor gave me an irritated nun look that said I wasn’t management material. She was right.

After abandoning my ATC career to pursue full-time airport bumming, I flew my Marquart Charger (open-cockpit biplane) to Van Nuys, California, via a whole slug of fuel stops through Oklahoma, Texas and New Mexico. Outside the Phoenix, Arizona, Class B airspace, I called approach on what I thought was the correct frequency, identifying myself not by Marquart, which would mean nothing to most controllers, but as “Experimental Biplane 645.” Wind noise across the microphone implied open cockpit. Phoenix approach didn’t seem busy but would have nothing to do with my 1930s biplane fantasy in the 21st Century and shuttled my empennage from one frequency to another, until I lost interest and flew under and around the airspace. A minor inconvenience.

Nearing Palm Springs’ Class C airspace, where I expected the sky to be much less cluttered, I found an approach controller who was working more traffic than I’d heard on any of the Phoenix freqs. The controller took my call as though he could never have too much company, and through I flew. Similar results occurred later when I called for clearance into the LA Class B airspace, before reaching Van Nuys. Each controller seemed busier than the one before, and not one voice seemed stressed. Slightly annoyed, perhaps, by me missing my exit over the Four O Five (I-405), a major navigational landmark known to all except to this biplane pilot from Iowa, but no one told me to get out of town.

So, hold your beer and answer this: Should air traffic controllers be pilots? I say, sure, why not? Many people—not all—should be pilots, but knowing how to fly an airplane doesn’t mean you’ll make a good controller, any more than being a good controller qualifies someone for ATC management. Listening to the lead Bonanza pilot in the diamond formation negotiating with Big Apple ATC reminded me that every pilot should jump into the deep end of the airspace pool, now and then, if only to see that the lifeguards aren’t so scary and on a sunny day while airliners are hiding from tiny microbes, some of those lifeguards might get a kick out of watching you splash about.