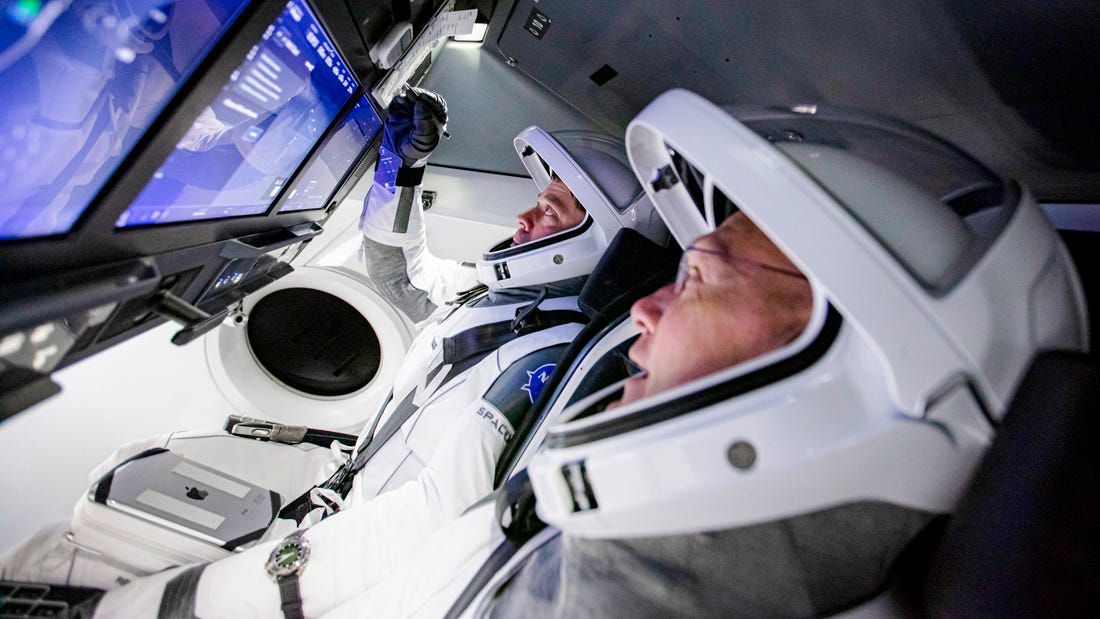 With the excitement building in the aerospace world for the first commercial crew launch (from any country) by SpaceX from the Florida coast, everyone was looking for smoke and fire and a needle-thin rocket rising from the launch pad and into the sky on Wednesday. But that was not to be, as late spring brought rain and thundershowers, raising the lightning potential beyond an acceptable level of risk for NASA, SpaceX and the crew.

Everyone remembers the time NASA launched a Saturn V—Apollo 12—into a thunderstorm and the resulting few seconds of feverish activity to bring the spacecraft back online as it flew swiftly spaceward. It spawned a generation of rocket geeks who knows exactly what “Flight, have them set SCE to Aux” means, and a minor T-shirt industry keeps the memory alive.

And so the first launch attempt was scrubbed Wednesday. The rocket was ready, the teams were ready, the crew was ready. The ISS awaits the visit anxiously. But the rules said scrub and scrub they did. And that, my friends, is part of the flight test game and in a significant way, it is a day of success.

Whether you are flying a multibillion-dollar spaceship or a Pietenpol for the first time, the measure of a good day is if you made good decisions, carried out your plan and followed your rules. You might fly, you might not. But if you don’t, you still have the spaceship or the aircraft to fly on a day when things are better.

No one important gives out medals for taking silly risks, for breaking a carefully designed plan, or disregarding rules in the heat of battle that were made in the cool of a meeting room. Those who pressure people to fly when they shouldn’t are, by definition, unimportant to those who take flying as a sacred profession and something to take seriously with deliberate care. The first flight of a new machine is especially important, not only for the lives at risk, but for the fact that if you get it wrong, the entire program might be finished.

I was privileged to be a part of the Space Shuttle flight program from the first flight to the last, and I lost count early on of the number of times we scrubbed versus the number of times we launched. I’m sure I have the numbers somewhere in a reference book in one of these boxes I have stacked in my closet. But the numbers aren’t important because, in the end, no one cares. No one remembers. They only remember when you launched when you shouldn’t have and something bad happened. And that’s why I say that a valid scrub is a measure of success. It means that your organization, your flight team, is professional, dedicated and wants to get it right.

SpaceX and NASA are flying, as NASA has always done, in the full public eye. Everyone sees what is going on, the good stuff, and the bad. If something bad happens, it’s important that folks understand the context and appreciate that the team did its best. And the same thing is true for a simple scrub. They’ll recycle the timeline and crank it up for the next opportunity. Orbital mechanics dictate when you can launch and get to the Space Station. If that attempt doesn’t go, they’ll recycle again and try again.

You can control your hardware, you can control your team, and you can control your emotions, whether it’s a public space program, or the first flight of your new homebuilt. What you can’t control is the weather, especially the Florida weather in May. Or June. Or just about any time of the year in Florida. I’m willing to wait it out, and will cheer when the Dragon soars into the sky. Whenever that might be.