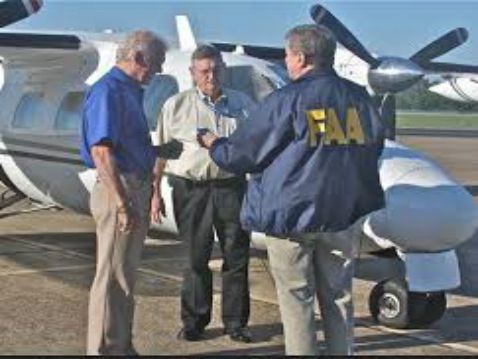 Just about everyone wants to be good at his or her job and to do it well, I think. Certainly there are some external rewards generally associated with that in terms of advancement and pay increases but the fundamental sense of self-worth and satisfaction is enough to keep most people showing up and doing a decent job.

But there are some jobs in which doing a good job is the only option. The roles performed are so fundamental to public safety or security that to do anything else amounts to negligence and might even be criminal.

Not all of those jobs are especially exciting or dangerous although some definitely are. I think the role of the FAA certification inspector fits that definition. Unfortunately, it was not surprising, though no less alarming, to learn that FAA inspectors feel they are being pressured by their bosses to not do their jobs correctly.

In the wake of the revelations from the investigation into the certification process of the Boeing 737 MAX, the FAA was ordered to carry out a survey of safety division staff to see how they felt about the way things were going out in the field.

Only about 25 percent responded. I’d feel better about the resulting data if it was half or more but the sparse participation might be telling in itself. Regardless, those who did take the time painted a picture of a culture where inspectors are regularly under pressure to tiptoe around the commercial concerns of the businesses they’re trying to regulate.

At some level, that’s perfectly appropriate. Flying has risks and we, as a society, have accepted that. The inspector’s role is to ensure that mandated standards are met and maintained. In a technology-driven industry like aviation, that’s a constantly moving target that can be hard to keep in the middle of the sights.

That’s especially true in an industry where profit and loss are only a few points apart and competition is so intense. So, while inspectors must be mindful of the economic consequences of their actions and recommendations, the fundamental role is to ensure that the rules are followed. If everyone is on that page, the process should be smooth and consistent.

When the bosses start moving the goalposts and overtly suggesting that ways be found to make those rules less onerous on the companies— and maybe not all companies—they are essentially co-opting the inspectors into a fragmented process where safety is assigned a monetary value. That’s bad enough in itself because it makes safety a commodity that is open to negotiation.

Companies are in many ways like the inspectors themselves. They want to do a good job and certainly don’t want to be killing their customers and they rely on a set of standards that are applied evenly to guide their decisions. It’s a necessarily adversarial system and it depends on a stable set of rules to work.

If a company discovers that pressure applied at the political or senior management level can introduce some flexibility in the application of those rules, it’s only natural that their competitors will want the same consideration and that can quickly politicize a function that should not be influenced in that way.

Possibly the worst result is the effect on public respect and confidence. The FAA has suffered a massive hit to its credibility because of the 737 MAX debacle and there are legitimate concerns about its ability to effectively manage the certification process. The impact on public confidence in the MAX is evidence of that.

The trickle-down to business will be much more expensive than the nickels and dimes saved in tampering with the certification process because it will greatly complicate getting approvals for their products in other countries. FAA certification is no longer the gold standard and all other regulators will be taking a closer look at new products and planes before allowing them in their countries.

New FAA Administrator Steve Dickson, a veteran military and airline pilot, is making the right noises about restoring the agency’s good name and I think he knows that involves more than saying the right words. In my opinion, the place to start is in the field, with the men and women on the front lines of aviation safety. They need assurances that in doing their jobs they are not viewed as some kind of greater problem that needs solving. They need to understand that management has their backs when they flag issues or say no to an influential industry member.

Effective regulation is in everyone’s interest and indeed it became a point of pride for the FAA as the world’s leading aviation regulator. The agency’s reputation can be rebuilt and that has to come from the top by making sure the rank and file have the authority and respect to do the good job they want to do.