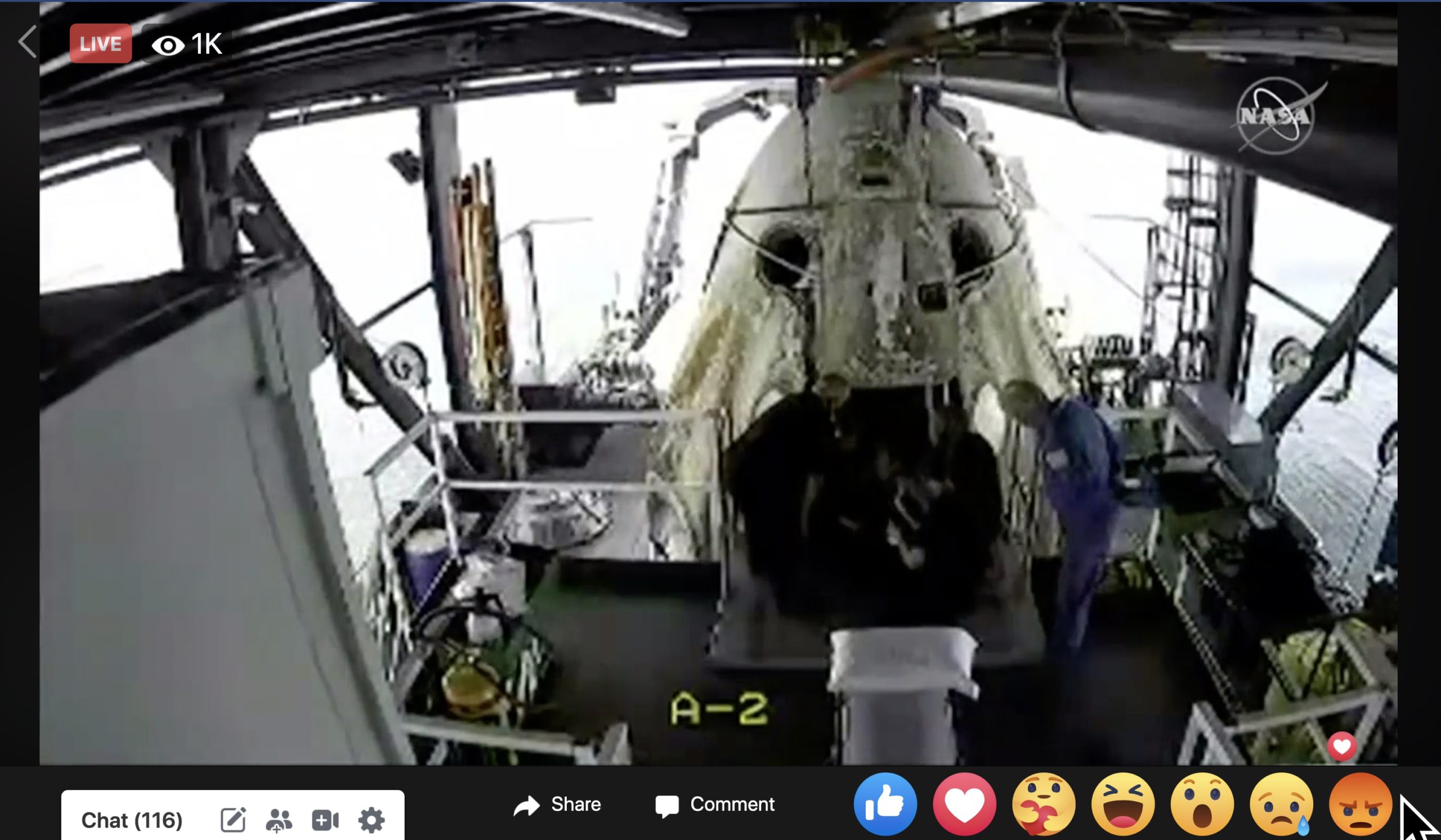 This was officially a demonstration mission for final proving of the SpaceX launch system and manned capsule. Presumably, it puts the U.S. back in the manned launch business, something that’s been lacking since the Space Shuttle retired in 2011. The event enjoyed mildly enthusiastic live coverage on cable channels, but SpaceX and NASA both streamed the same live feed.

If the mission was anything but flawless, we haven’t heard about it yet. The Dragon capsule performed as expected—“nominal” in the droll vernacular of space flight—and the system appears ready for its next mission in September, launching four astronauts to the International Space Station.

Much is being made of SpaceX’s remarkable and rapid achievements and catching our breath here, it’s fair to ask if the hype is warranted. Yeah, it probably is, just on one factor alone. SpaceX is maintaining a blistering launch cadence and although it has been troubled by delays, it has already launched 10 missions in 2020 and at least a dozen more are planned. Compare that to arch competitor United Launch Alliance—a consortium of Lockheed Martin Space, Boeing Defense and Space & Security—who has launched half that number, with four more on the calendar for 2020.

With its troubled CST-100 Starliner, Boeing is still playing catch-up after a tarnished mission last December nearly resulted in a loss of the vehicle. It won’t fly again until early next year. Meanwhile, NASA has tentatively approved SpaceX to reuse the Crew Dragon for additional missions. The success of one and the struggle of the other couldn’t be more stark.

That’s not to say SpaceX and NASA achieved perfection here, at least in the coverage. When the mainstream press was interested in the Apollo program, we had the likes of Walter Cronkite or Jules Bergman overseeing the coverage and there was usually an astronaut on the set to provide accurate commentary. The modern version of this—which drew nearly 600,000 viewers according to the YouTube counter—has a couple of talking heads who appeared to be broadly knowledgeable but less so at times. One of the commentators kept confusing miles with kilometers and described the Florida panhandle as having “two sides.” Where I live in Florida, we call those coasts and the state itself is a peninsula. The panhandle is that skinny part at the top.

On social media, the commentators occasionally answered questions from the audience, which I thought was a nice touch. Watching the coverage, I got the impression they have a lot of visuals available, such as the spacecraft position and even live in-vehicle video feeds. But mainly all we saw was a wide shot of control room—a bunch of people looking at computer displays. This is minor stuff, but it’s a missed opportunity to generate more interest in the space program at a time when we can use all of the distractions we can get.