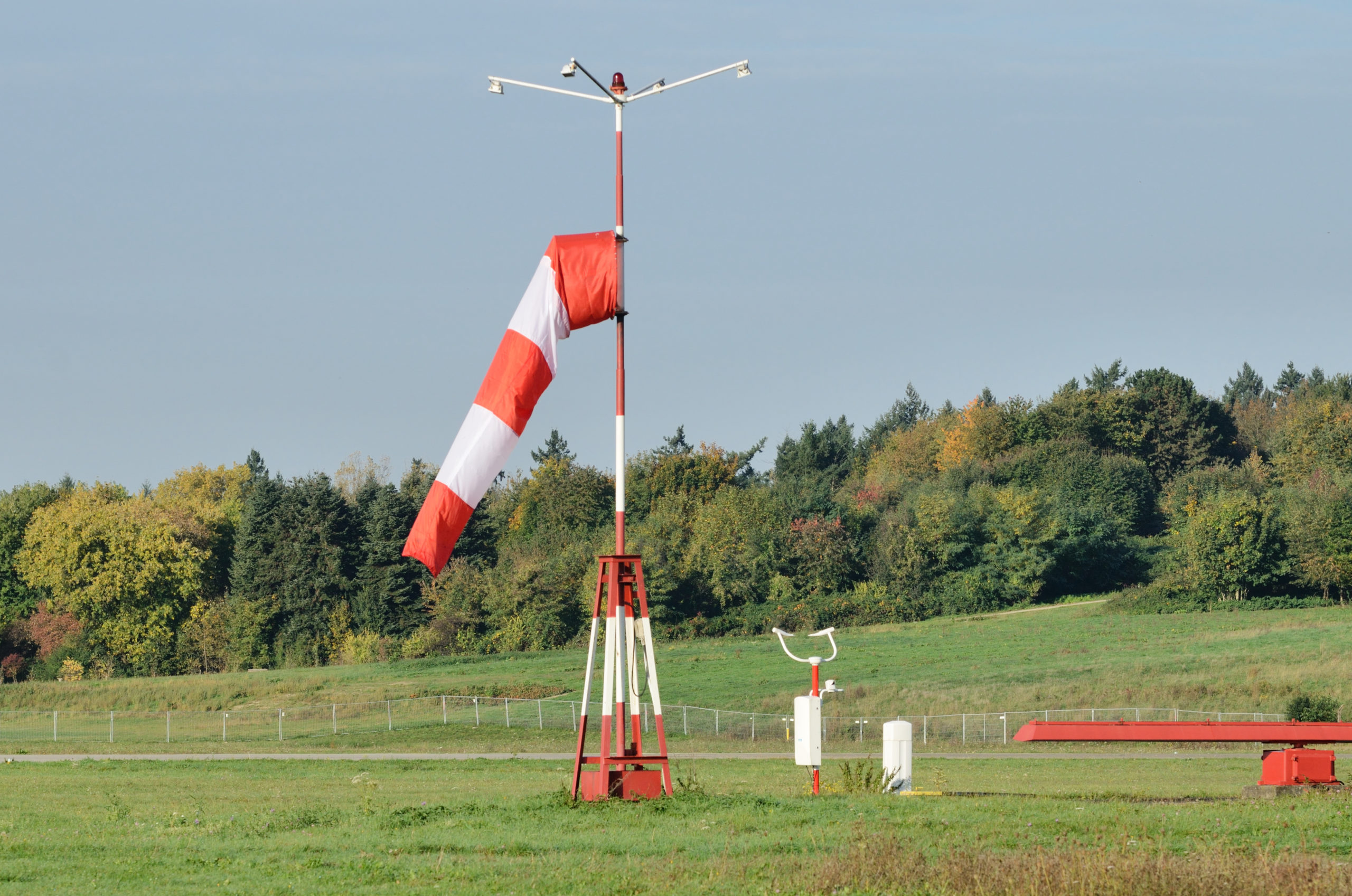 If you key your transmitter on short final and say, “wind check,” Tower Alexa replies with cheerful wind direction and speed. Try that at a non-towered airport, and a CTAF lurker might snarl, “Check the windsock yourself!” Rude perhaps, but the jerk makes a point, because as Dylan Thomas never said, “You don’t need a weatherman to know which way the wind blows.” Given that, what’s your recourse when the non-towered airport lacks AWOS/ASOS or a low-tech windsock near the runway? Are you stuck, unable to land? No, or as the motto inscribed above the entrance to the ATC Academy in Oklahoma City reads: “Habemus adhuc relinquo unus autem illic!” Meaning: “We’ve yet to leave one up there!” Truer words have never been mistranslated.

It is possible to land or takeoff without government assistance or mechanical wind indicators. Granted, your touchdown might get ugly if you choose the wrong runway, but your pilot certificate entitles you to claim all the risk and reward associated with being a PIC who’s expected to understand how air behaves. Or misbehaves when you think you have the touchdown nailed. Okay fine, but what is wind?

When ruffling the silk flying scarf I bought on Etsy, breathable air becomes “wind.” Although way out west they call it “Mariah.” Even when doing nothing, or nearly so, air retains its moniker as in, “wind calm.” Such reports that lack direction or force (under 3 knots) easily lure timid pilots into thinking that’s a good thing. “No wind today, Ethyl, I think I’ll fly the Flut-R-Bug!” Well, think again. The instant you add power, the airframe—if not the pilot—perceives wind relative to its movement and invokes all that Newton-Bernoulli lift-drag stuff I pretended to understand when teaching ground school. Airplanes need air movement to fly. Balloonists need it to push them into power lines. “Wind,” as I tell my students to their eye-rolling skepticism, “is our friend.” And, as we learned in high school, some friends can be obnoxious but incredibly fun to hang with.

I love flying on breezy days, much as I liked riding my Triumph 650 through the Santa Cruz Mountains via snaking two-lanes and took pride pushing that British classic home again after something inevitably broke, or the Lucas electrics quit at sunset. When flying, I try to avoid breaking things, including landing gear that could buckle under sloppy sideloads if you’re not paying attention to feckless air.

The wind that tower controllers or AWOS/ASOS/ATIS report may not reflect the same air motion you’ll encounter in the landing flare. Wind hosiery near the runway offers a reasonable hint of actual air movement, including how the sock’s tail snaps to indicate unruly gusts. A free-floating wind-T gives the wind’s general direction, but even those can lie. Our local airport’s wind-T was installed 50 years ago. A fiberglass fuselage with a vertical stabilizer, it swivels atop an old Studebaker axle, vertically protruding from the ground. Its nose generally points into the wind, unless air flowing across nearby hangars shears and confuses Mr. T. It’s not uncommon to see it pointing one way, while the windsock across the runway indicates total disagreement.

Unless asleep at the yoke, pilots should have a general idea what the surface winds will be upon arrival even without big city aids. Here in farm country during growing season, row crops flow in the wind, illustrating in real-time what’s happening over a large surface area, not merely a sample near the sock. Imagine a sea of foam fingers, illustrating that wind, for all the directionality we assign it, moves like a herd of cats, completely disinterested in pilot analysis. It swirls, changes its mind and won’t hesitate to curl up for a nap just when you need its help. It could watch you crash and feel no remorse. Once harvested, the remaining crop stubble is worthless for wind indication.

The solution to a lack of wind reports is to become the wind-T. Not to go all Zen here, but my first instructor, Artie Zen, said to let the airplane crab into the wind on final. Stay centered and coordinated. Wherever your spinner points, it does so into the wind. Relax and note the crab angle between the nose and the runway. Keep noting it through touchdown, and you’ll sideload the gear so press rudder opposite to the wind to point the wheels down the landing strip and add enough aileron into the wind to keep from drifting. How much? The correct amount, of course. Silly question ….

All is bliss, until the final 15 vertical feet when stray gusts lift the wrong wing to challenge your self-satisfaction. The Arthur Murray studios can’t teach all the quicksteps, but be ready to dance on rudder pedals and tweak ailerons while holding proper pitch for the anticipated touchdown. Requesting a wind check at this stage is pointless. You’re in the moment, so relaxation is vital. Seriously, the more you tense up, the worse your landing will be; plus, it freaks your passengers to see their pilot writhing in the left seat and leaning into the wind, rather than relaxing and letting the airplane land with minimal histrionics. That’s why airlines put those doors between the cabin and cockpit; no one should see what’s happening up there when the wind is unhinged.

Consider: We fly because there’s air. Without it … well, we’d all die, and the used airplane market would implode. Although, I suspect Mooney would somehow resurrect. With air, anything is possible, provided you treat it less like a force to be avoided and more as an omnipresent friend that rarely has your best interests in mind but always shows you a good time despite never offering to pick up the wind check.

And, yes, there is an airplane called a Stitts Flut-R-Bug, and the “weatherman” quote wasn’t from Dylan Thomas but, instead, Bob Dylan … whoever he was.