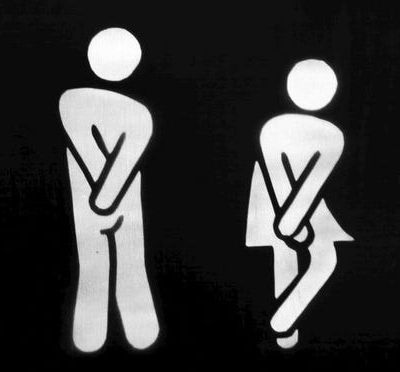 My friend, Paul Bertorelli, recently produced the best line in aviation literature, even better than Lindbergh’s description of the North Atlantic on his historic 1927 solo flight: “Holy cow, that’s a lot of water! What was I thinking?!” Tough to top, but Paul encapsulated the thoughts of every pilot of a certain age when he explained that exiting a taildragger with inner heroic visions is more often “… a shambolic crab-wise limp to the café bathroom which is, inevitably, out of order.” I tip my EAA cap.

Why? Because it exposes priorities rarely discussed in polite company or at the airport. Some years ago, my friend Rick and I flew his Cessna 182RG (a great, overlooked airplane) to Mason City, Iowa, to fly with aviation icon, and renowned guitarist, Doug Rozendaal. You’ve heard the name, even if you’re uncertain how to pronounce those vowels bunched up with no respect for social distancing. Doug is the guy you see in major warbird events, the one who’s flown Cubs to Corsairs and still isn’t afraid to whip out that guitar at the Antique Airplane Association’s Blakesburg fly-in and accompany himself—and others—on a freeform rendition of  George Jones’ “White Lightning.” You have to have been there.

Despite or because of Doug’s vast aeronautical experience, after we landed, taxied, and exchanged hellos, Doug anticipated our needs, “Restroom’s inside the hangar.” Such prescience displays a solid grasp of priorities. Praise all you will the pilots who can handle tricky crosswinds in a Mustang or the FBO advertising the quickest turnarounds, but none of that matters when you find the restroom inaccessible.

Most airports promote their services, such as maintenance, fuel, or proximity to casinos. Gas prices are posted on websites, and Yelpish reviews tout the friendly personnel and availability of courtesy cars and cookies. All good, but when I’m on a three-mile final with knees locked together, because I took advantage of the free refills in the Ground Loop Café at the last stop, I don’t care what the aerodrome offers other than a place to … well, you know…micturate. Or as the FAA referred to the process when instituting drug testing in the 1980s: Voiding. I was a controller back then and gotta tell ya, gave new meaning to “void time,” an IFR term used when ATC issues a clearance but wants you to hustle getting off the ground, so the controller adds, “Clearance void if not off by (time) …” And by “hustle” it’s understood, “Hope you voided before calling for your clearance.”

Let’s be serious for a moment. (Contemplate serious moment here.) Now that that’s over, consider the relationship between aviation aspiration and the human bladder’s limitations. Everything in flight revolves around how long we can hold it. Strategic planning is key. I once stopped at small airport in eastern Iowa, where a friendly FBO guy offered me a bottle of Pepsi. Big bottle. Although I don’t like sugary drinks, I accepted to be polite and sat for an hour listening to this old dude tell flying stories. I love flying stories and often glean the best for my novels. (I have a broad interpretation of “public domain.”) Anyhow, drink finished, I headed home in my Aeronca Champ, westbound into a 20-knot headwind. Not the stuff of Jake Hollow drama, until 20 miles from home with a 40-knot groundspeed (do the math), my bladder said, “We gotta stop.” The FAA’s Pilot’s Handbook of Aeronautical Knowledge—soon to be a Netflix series with Harrison Ford—states, “The distance remaining to your destination increases with the square of your liquid intake.” Meaning, I wasn’t going to make it home.

The nearest alternate with flushable amenities was 25 miles north, another was 20 south. One mile ahead, though, was a soybean field where a combine had just harvested the last row and was leaving the field. Basic geometry dictated landing there. Side note: When choosing between landing in a harvested bean or corn field, pick beans. The opposite applies when the crops are still in the ground. Once harvested, the bean ground is wonderfully smooth, and with the 20-knot westerly breeze this one was perfectly aligned for me to land, come to a stop … and then what?

The field was a full section (one square mile, 640 acres), and I chose to land halfway down to ensure a little privacy. Except, I noticed the combine reverse course, the farmer likely curious about the yellow airplane landing on his property. Not eager to make a new friend, I rolled to a stop and exposed (wait for it) the flaw in my plan. With no electric starter and no way to tie the tail down I had to keep the engine running, climb out and, with my left hand holding onto the doorframe, relieve the reason I’d landed. Picture it: The airplane was pointed into the wind with the propeller adding to the waist-level turbulence, making target acquisition imprecise. All this while I glanced over my shoulder, keeping track of the combine racing toward me.

Luckily, combines aren’t real fast, so after mitigating the cause for the unscheduled stop, I climbed back in to the cockpit, strapped the lap belt and waved to the farmer as I opened the throttle and lifted into the wind. Triumphant, but curious, I circled once to watch the farmer exit the combine, look up at the airplane and down at the unexplained wet spot in his otherwise dry field.

Here’s the point, tortured though it is. When posting an airport review, include a lavatory facility ranking: “Plastic outhouse open 24 hours, a bit smelly, so I only give it 2 (out 4) stalls ….” Or as Lindbergh said to the crowd as he pulled into transient parking after 33 hours holding it in, “Ou est la salle de bain?!”