Home AVWeb Insider Will Parachutes Ever Be Other Than A Cirrus Thing?
Print
Email
Facebook
Twitter
Linkedin 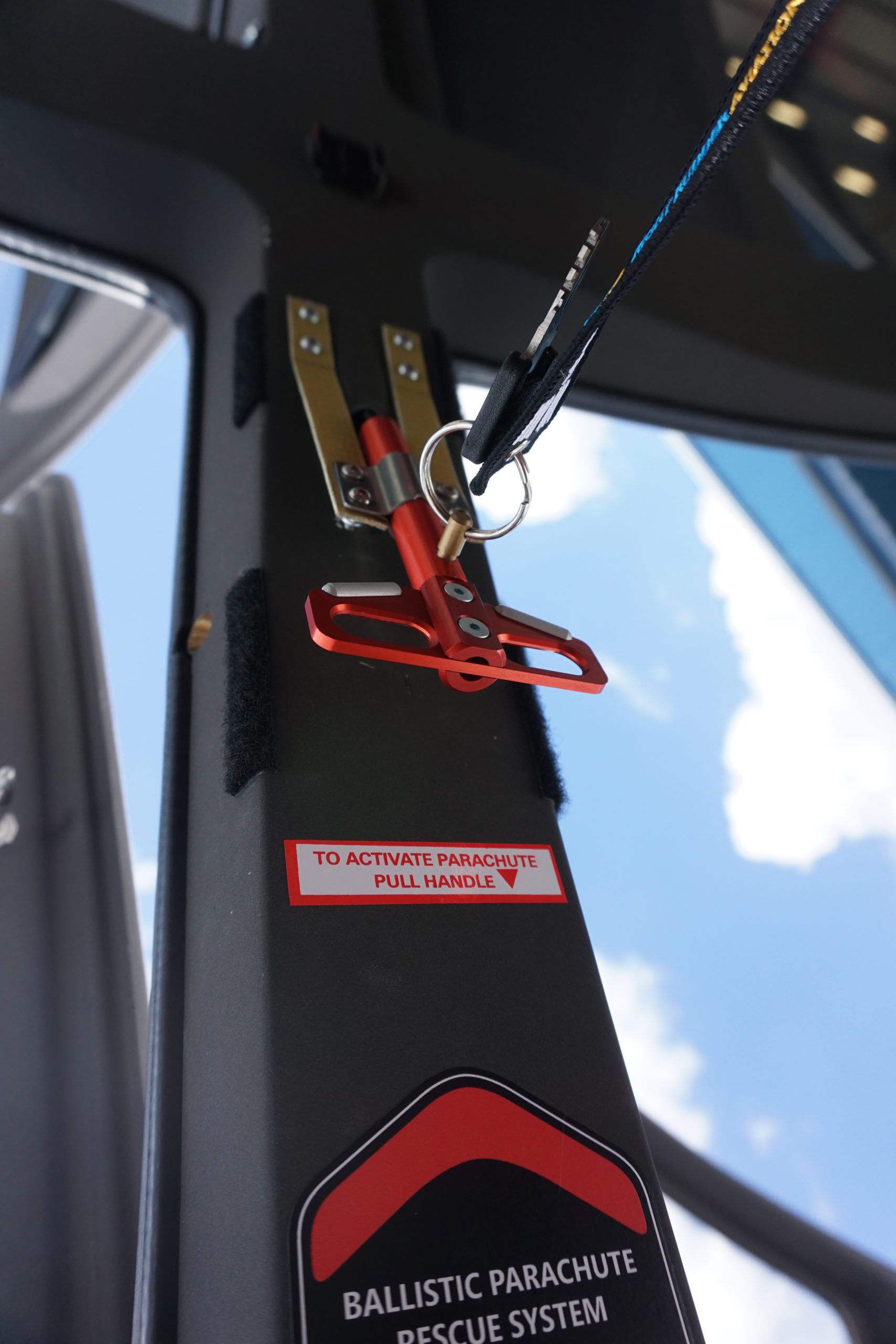 I got into aviation journalism because I possess exceptional perspicacity and a keen sense of what the future holds. This talent, sadly, deserted me when I reduced $1200 to $1.27 in a sure-bet penny stock buy and further ill served me with regard to predictions about the Cirrus parachute system.

I bet a friend that the first activation of it would be by accident on the ground. He graciously never insisted on pay up after this never happened. I further predicted that the first STC to apply to the Cirrus would be to remove the parachute. This hasn’t happened, either. Every one of the 7500-plus Cirrus airplanes out there, including the jets, still have parachutes.

This dubious record might cause a more reasonable person to be timid about future futurism, but not me. Well, maybe a little. When I wrote about Pipistrel’s new Panthera RG last week, I mentioned in passing that it has a full airframe ballistic parachute. While lots of light sport-type airplanes have parachutes, it’s an idea that only Cirrus has gotten to work on a sustainable scale. Cessna, Mooney and Diamond haven’t given it the time of day.

Why this is so would be a good Wharton study. Or maybe a reality series. I’m sure hideboundedness is part of it, as is the prohibitive cost and complexity of certifying a legacy airframe for a parachute, although that has been done for the Cessna 172 and 182 as a BRS STC. Then there are the numbers. Would a parachute really affect overall system safety? As I explained in this week’s video, for Cirrus, the answer is yes. There are a few people who are alive today who wouldn’t be were it not for the parachute. It’s also true that some who used the parachute would still be alive if they hadn’t used it. They would have survived, as Clausewitz said of war to politics, by other means.

This kind of misses the point or at least deals it a glancing blow. Yes, it’s a safety enhancer, but the real genius of CAPS is that it’s a powerful sales lever, both for buyers or buyers’ spouses who might be fence straddling on buying an airplane and for the parachute true believers. The new version of this is Autoland. I suspect it will be used in anger far less than CAPS, but enough people will push the buy button who might not otherwise to make it worth the effort of certification.

When Cirrus was maybe seven years into its golden success story, we conducted a survey bluntly asking owners if the parachute was a factor in the buy decision. About a third said it was. I think the real number was higher then and is probably higher now, particularly those new to aviation. And don’t forget, Cirrus delivered a capable airplane at just the right time and hit its stride in the early 2000s.

When I was making my failed predictions, Cirrus co-founder Alan Klapmeier was making a couple of his own. One was that Cirrus would prove you didn’t need special DNA to be a pilot and the other was more a philosophical statement of purpose than prediction: A pilot shouldn’t have to die for his or her mistakes. I think he’s batting about .500.

Cirrus still has its share of accidents, including fatals. Many of them are serious landing accidents. This tells me that to survive flying airplanes, you do need enough special DNA to master situational awareness and enough hand-eye coordination to at least keep the greasy side down. Not everyone can do this well and some can’t do it at all. Automation hasn’t proved to be an effective substitute. Yet. But it is true CAPS has saved a few pilots from their own blunders.

So now comes Pipistrel offering the parachute as standard but not a condition of certification as is the case for the Cirrus. How many buyers accept it may be a measure of nothing at all or how well the technology has been embraced as just another thing like seatbelts and backup batteries. I predict most, if not all, buyers will want it and to that extent, Pipistrel might be surfing on the wave of the Cirrus success story.

Even though I’m a skydiver, I’m not a parachute-for-airplanes fundamentalist myself. For me, it’s kind of a 55-45 thing in favor, with my reservations related to lack of toggles and brakes once that puppy is out of the bag. But the arguments against having the parachute as an option sounded silly 20 years ago and they haven’t improved with age. A real pilot, the reasoning went, should be skilled enough to land after an engine failure or loss of control. And, if not, well, isn’t it better to just die? Isn’t a good pilot a trained pilot who should avoid these situations in the first place? I hear this less often than I once did, but I still hear it.

I’ve been through every single Cirrus accident report and, as I explained in the video, the data supporting CAPS efficacy is compelling if perhaps not overwhelming. If Pipistrel makes a go of it with the Panthera, we’ll have some baseline comparison, perhaps on both sales and safety. And maybe 30 years from now, every manufacturer will offer it as at least an option. Assuming there are any manufacturers.

Meanwhile, weigh in on the question yourself in this week’s poll.