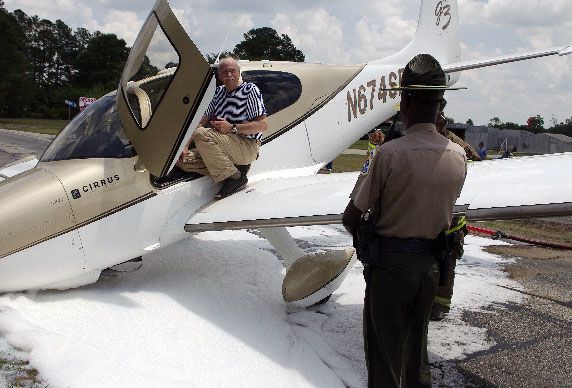 Why the turnaround? Klumb said there are at least two reasons. One was that Cirrus, model-wide, experienced a higher-than-average accident rate when it was first introduced simply because it was a new airplane that pilots werent familiar with. Second, usage patterns indicate that Cirrus aircraft arent used much for recreational flying, but for transportation and that means flight in challenging weather. These pilots are flying complex missions for long distances, a lot of weather and a lot of different types of terrain. But its still the same type of pilot who would normally fly around the traffic pattern so its a more challenging mission, Klumb said.

During his presentation, Klumb said Cirrus has made substantial revisions in its training for new owners at the factory and these changes are shortly to be fielded to Cirrus owners at large through the companys well-established Cirrus Standardized Instructor Pilot program. Further, Cirrus is engaging its owners with suggestions on paths they might pursue for personal improvement and the company is connecting owners with experienced mentors.

The Cirrus CAPS parachute system has also figured in the accident turn around. When the Cirrus aircraft first appeared, there was almost no reliable experience base in how to train pilots in deciding how and when to use the parachute. Since then, the company has incorporated CAPS decision-making in its standard training package. Cirrus Todd Simmons said there have been 40 CAPS deployments in the 5600-aircraft Cirrus fleet, which recently hit the six million fleet-hour mark. Eighty seven people are alive today that, by all measures, would otherwise not be, Simmons said.

Improvements in training may yet drive down the accident rate further. Cirrus said two out of every three fatal accidents could have been prevented with timely CAPS deployment.

Cirrus also briefed reporters on the progress of the SF50 Vision jet project, which the company says is on track to deliver the first customer aircraft in 2015. Sales continue to improve, Simmons said, with 275 piston aircraft delivered in 2013 and an order backlog of about 300 airplanes.