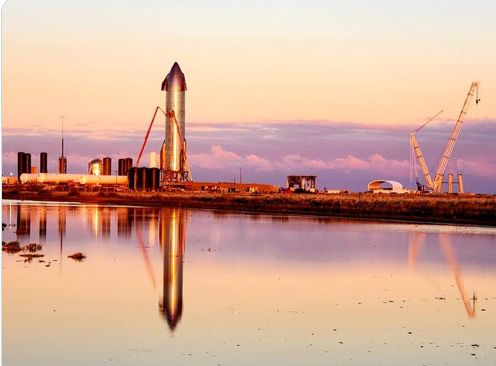 Love him or hate him, Musk has revolutionized the space launch industry. And, he has done it in full view of the general public, failures and all. Things are about to get even more interesting. A new launch complex is under construction at the Kennedy Space Center to accommodate Blue Origin’s New Glenn rocket, which claims to be larger than Musk’s Falcon Heavy vehicle. We have a new space race, but this time between competing private companies, not governments. Should be fun to watch.

The aging aircraft fleet will set a new old-age record today, and again every day after today. As the fleet ages expect more old-aged related AD’s for all types of “old” birds. Additionally, much of the fleet has been neglected, mechanically, for a long time. In July I tried to buy a lower time PA-28-181 in MO. During pre-buy I noticed a Form 337 for a new wing inspection cover. The seller advised there had been a mouse nest on the spar and corrosion had to be removed and repaired (hmmmm). There was no log entry, or 337, for the spar repair.

The original US manufactured aircraft of the 1950’s thru 1990’s era were seldom treated on the interiors with anti-corrosion paint (zinc chromite/green stuff) because of the limited design life, est. 10-15 years. Metal to metal. In most cases, the wings steel spar in contact with the aluminum skin, are being exposed to moisture. Just like in the picture of accompanied article. A development of dissimilar corrosion becomes extensive, and the cost of replacing the wing spars can be astronomical. During the pre-buy, ask where is the aircraft based, stored, and used!!

Poll: Would You Fly on an Airline That Requires COVID Vaccination?