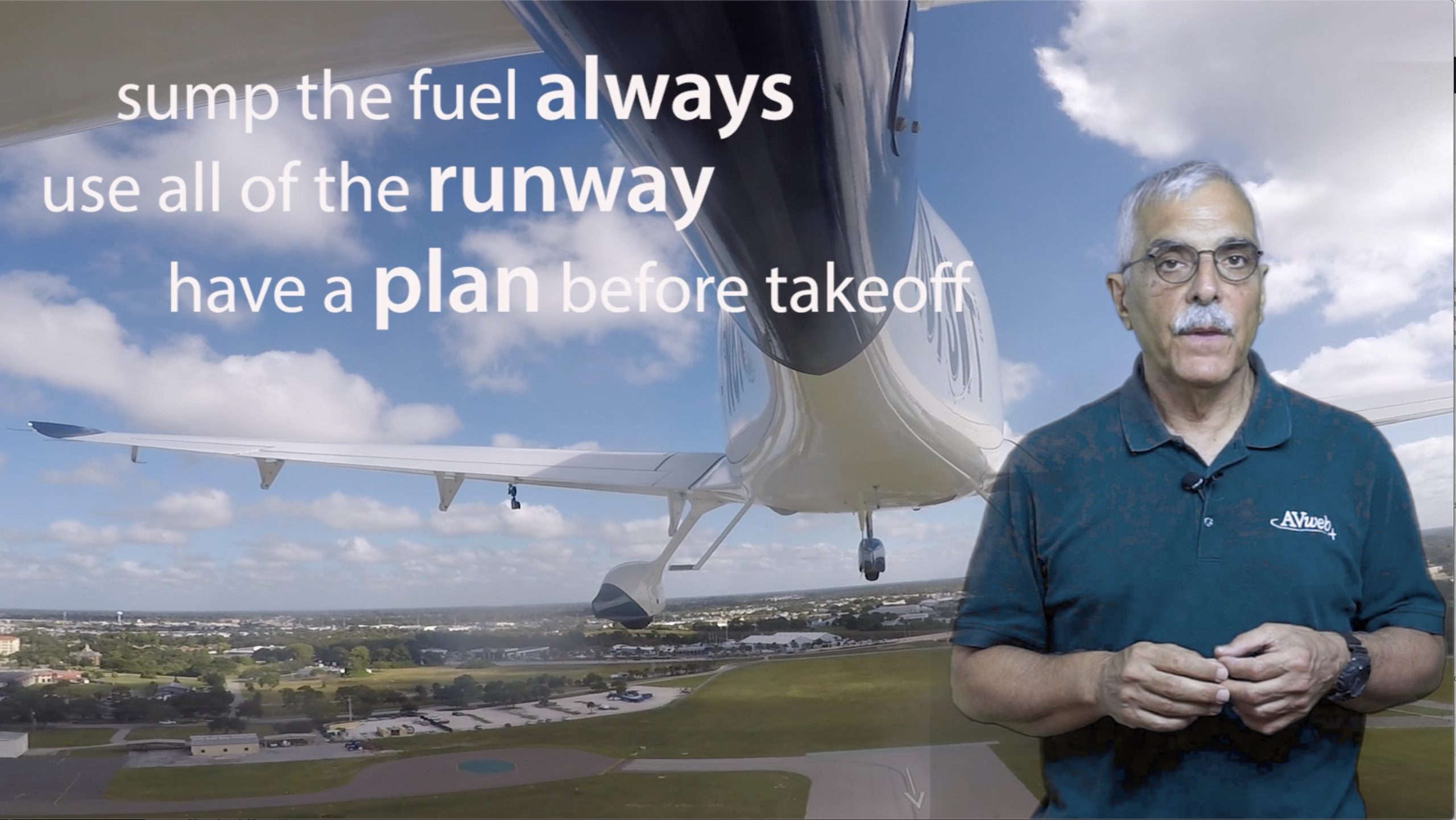 Paul, thanks again for what you do to promote aviation safety. I think you just saved a life or two with that video. Someone will see that video and have an engine failure on takeoff that will benefit from going through your teachings. 16 years ago, I lost oil pressure in my Bonanza (ended up being due to a piston pin cap failure and subsequent effect on the engine driven fuel pump) followed by a thrown rod 1 minute later. I was 7 miles from an airport and 3500 AGL. I had just read an article in the ABS magazine about gear up landings and how they are a non-event in the Bonanza, and also what you said about the airplane being expendable and insured, and the goal not being to save the aircraft, but the passengers. I had time to prepare for the engine failure I knew was coming in a minute with loss of oil pressure. I also did not have to immediately push the nose over as I was in cruise. Immediately pitching down to the approximate best glide attitude from the initial climb attitude is so critical. Without practice, every instinct is to pull back to keep the ground away. Practicing repeatedly until that instinct is extinguished is life-saving.

Really enjoyed the video. I really hope that every pilot watching (including myself) will take this advice seriously. Every day I see good pilots making bad decisions and it can be frustrating and discouraging. It is almost always simple, seemingly inconsequential decisions that result in an accident.

Excellent article as always. Personally, I think there has been a general dumbing down of training starting with instructors who are not confident in their own skills. They just cancel the lesson if the conditions are even a little adverse and so the students are deprived of the opportunity to stretch

If you are a low time pilot it is worth finding the old timer who has been there and get him to go out with you on a blustery day.

With respect to the engine failure after takeoff (EFATO) I teach my students to always articulate a plan for the first 1000 ft of climb. The briefing starts with what they are going to do if the engine fails on the ground and the most important part “In the event of an engine failure after liftoff, I will immediately push forward on the wheel/stick and establish the attitude for best glide airspeed”. While he is saying that he/she will physically push the wheel forward so that muscle memory is established. I hope that in event the engine fails they will react.

Finally, I did a survey of engine failure accident reports. Approximately 75% were directly caused by the actions or inactions of the pilot. The best way to deal with an engine failure is to not have it fail in the first place.

Poll: Are You Ready To Get On An Airliner Yet?