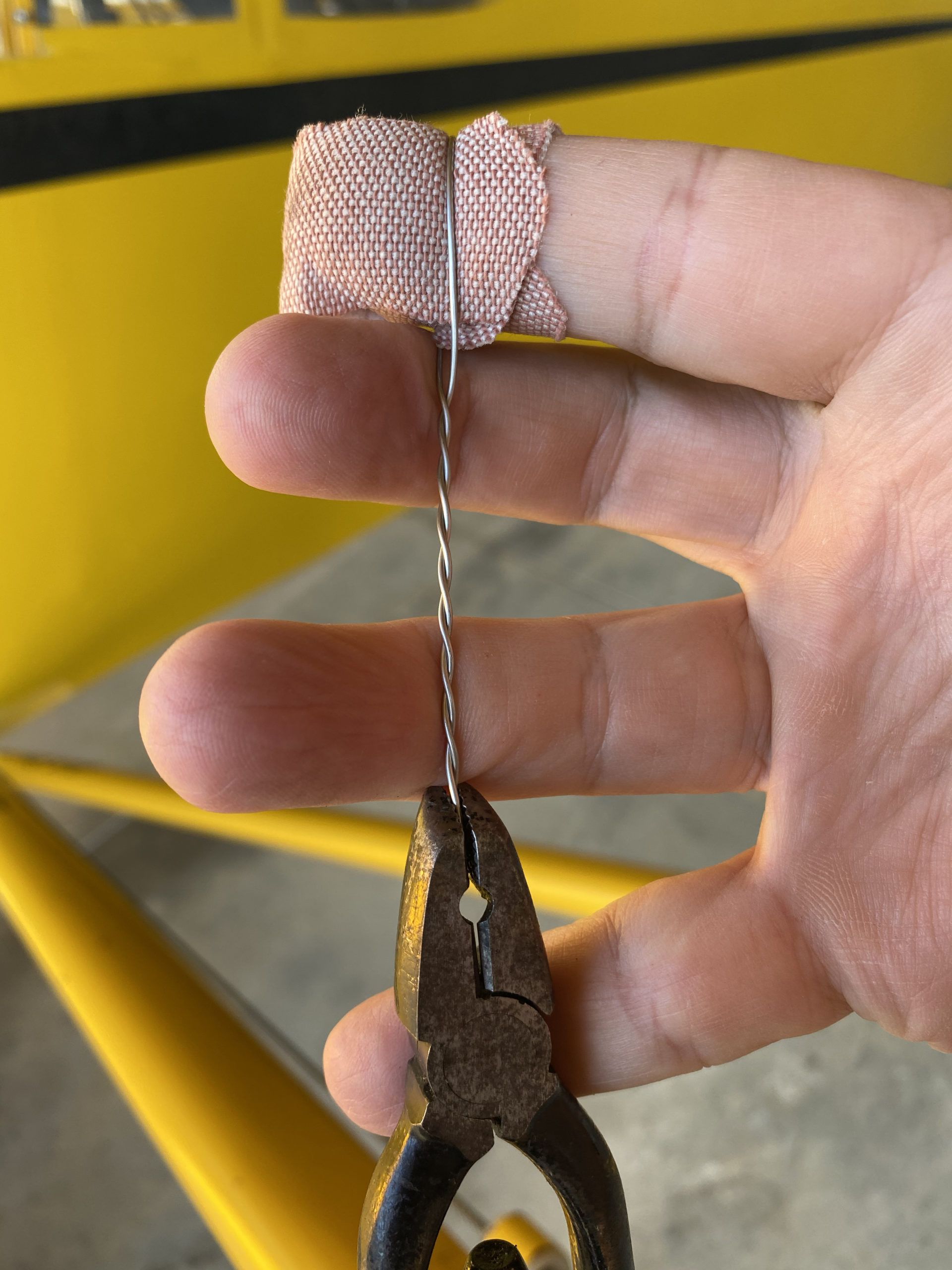 Did You Do That Safety Wiring?

Several years ago when I bought my airplane, my then mechanic told me that if I was going to do any work on the plane I needed to get a pair of safety wire pliers. So, when the Snap-On tool guy came around the mechanic led me to his van and asked for a pair. How much are they? I asked. That much? Wow. “Oh, but they are bi-directional”, Snap-On guy replied. Bi-directional, hmm. Well, I guess that is worth it, so I paid the man. The problem is that now, not only do I have to remember which way to wind the wire around the bold head, I also have to decide which direction to twist the wire. Too bad someone has not invented a pair of pliers that automatically knows which way to turn and how many turns are needed for a “proper” safety wiring job. In the meantime, I try to console myself by placing all my reject attempts in the recycle bin. I hate to see all that nice stainless steel go to waste.

Once had a phantom leak from an old Marvel carburetor. You are right that it’s almost certainly a float or needle valve. If it’s the float, the unit is coming off. If it is the needle valve there is a chance that a speck of debris has lodged between the needle and seat. A solid whack with a plastic hammer “repaired” my leak never to return.

P.S. It’s a shame there isn’t a hall of fame dedicated to botched safety wiring – I could fill a 55 gallon drum with mine.

Portable Speaker May Have Sunk Amphib

It happens…to all of us…I won’t mention mine. However, I picked up an Aeronca Chief to bring home. First time I removed the top cowling to look it over after I got it home, found a super-sized industrial strength pair of pliers sitting on top of the cylinders. And, Reba McEntire’s Hawker was coming in one night at the last airport at which I worked (ATC). Pilot couldn’t get the nose gear to extend. Landed with a beautiful shower of sparks. When finally ground to a halt, the airport brought a lift truck out to see if the nose could be raised and the gear extended by hand. It could. And as it was being done, a super-sized industrial strength flashlight dropped out of the gear mechanism. Among us, “there are those who have and those who will.”

Poll: Are You Doing Any Virtual Aviation Events?