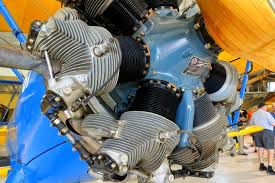 Can There Be This Many Engines?

Paul, a very interesting article. As an owner of a first gen Bonanza powered with an Continental E series 225hp E-225-8, I too wanted to know why so many variants of what appears to be the same engine.

What I have learned is each series of engines address slight internal dynamics that result from seemingly minor changes. These changes come from accessory availability, accessory improvements, and HP increases. Accessories include prop, generator/alternator, vacuum pump, magneto, etc. Some changes result from improvements, manufacture tolerance change, manufacturers going out of business or bought out by different companies, changing parts availability, etc. When something changes, internal dynamics can change leading to new vibration dynamics/harmonics.

E-series Continentals are all 470 CID. They range in HP from 165-225HP. Not all the crankshafts are the same or interchangeable because of crank balance changes due to RPM changes and limitations. My E-225-8 makes 225HP because its max RPM is 2650. The 205HP version has a max RPM of 2600. The 185HP version has a max RPM of 2300. However, depending on which electric Beech prop blades are installed, 84″ or 88″, or Hartzell hydraulic propeller changed the internal vibration dynamics because of the max RPM differences. Within the first-generation Bonanzas (1947-1956) there were four different prop combinations offered ranging from two electric wooden versions, one aluminum version with two different blade lengths, and eventually one hydraulic. The one-minute takeoff RPM restriction on all E-series engines resulted from harmonic issues if the engines were to continuously run at max RPM. They are within an acceptable range for one minute. But they can exceed the acceptable harmonic range after one minute. But my E-225-8 will run all day at max cruise 75%/2300RPM (185HP) while the E-185 rated max RPM is 2300(185HP) with max cruising RPM at 2050/75%. Hence slightly different crankshafts. All E-series engines are dry sump engines requiring a separate oil tank. 0-470s have the oil sump attached to the bottom of the engine (wet sump). So, while an E-series engine is 470 CID and the 0-470 is 470 CID they are quite a bit different with little parts interchangeability. E-series engines were standard engines for first gen Bonanzas and Navions.

Another consideration is FAA requirements for maintenance documentation plus procedures that have to be adhered to for airworthiness legalities. Did the Beechcraft and the FAA ever anticipate that these airplanes would be actively flying 70+ years later? I don’t believe that was planned for. Even the most minor engine or accessory design change has to be thoroughly tested to prove its airworthiness, plus the results of those tests led to specific maintenance requirements. All of these changes and/or improvements have maintenance documentation that legally must be adhered to. So, everything has to be preserved and accessible for ongoing maintenance. We are now up to 212 preserved different engines plus all the variations.

This might help to illuminate the expensive maintenance documentation a local shop, A&P, or Part 145 Repair Station has to have available to do work on any given airplane, engine, and prop combo. Now add to that the special tools required in many cases. Finally, preserving and transferring the maintenance knowledge to a newer generation of maintenance personnel is another cost an aircraft owner has to take into consideration as well. I can’t take my Beech electric prop to any prop shop for its 250/500 hour lube requirements. Since the average GA airplane is 50 years old, just about any airplane falls into the vintage category, with specialized service and maintenance requirements that have to be documented with staff having knowledge on that specific type, model, and engine.

As an A&P formerly employed at a Part 145 Repair Station, I had the experience of removing and installing a Continental TSIOL-550-A Voyager engine on a RAM converted Cessna 414A. I got this task because I was the only one who initially recognized it was liquid cooled because of missing air inlets on the cowl. The sales person who bid the job did not know this was a liquid cooled 350HP engine that RAM had installed on about 37 400 series Cessnas back in the late 80s and early 90s. To him 550s are 550s. When the airplane arrived, RAM estimated this was one of possibly six airplanes left flying with this complex, turbocharged, liquid cooled engine still installed. RAM was strongly encouraging the new owner to not overhaul and install this liquid cooled engine and offered a really attractive alternative for conversion back to air-cooled engines. However, circumstances were such that the engine was overhauled and eventually installed. That was one very expensive engine that makes up one of the more obscure versions of the Continental 550 series of engines. I learned the soon to be lost art of “burping” a liquid cooled, big inch Continental aircraft engine. This is no Rotax.

There is no way to make aviation “standardized” including economy of scale. Unless, we all want to fly the same kind of airplane, with the same engine, with the same avionics, for the same mission profile. Assembled, flying airplanes, with their assorted engines, and avionics will always be a “customized,” one-off aerial conveyances after a very short time in service. In reality, no two are exactly alike. And they never stay the same over time.

Paul is correct. No one will remember the times you followed the rules and didn’t launch, but they will certainly remember the time you launched when you shouldn’t have and bad things resulted. NASA has tremendous pressure placed on it by the news media and the public to launch as scheduled, so scrubbing a launch is always a tough call – especially on days like Wednesday when the weather didn’t look that bad, but could have been. The interesting thing was that all the tourist observers interviewed after the scrub had the attitude of “well, we hoped we would see it, but better safe than sorry. Better luck next time.” Good job NASA & SpaceX.

Poll: Do You Use a Tablet in the Cockpit?