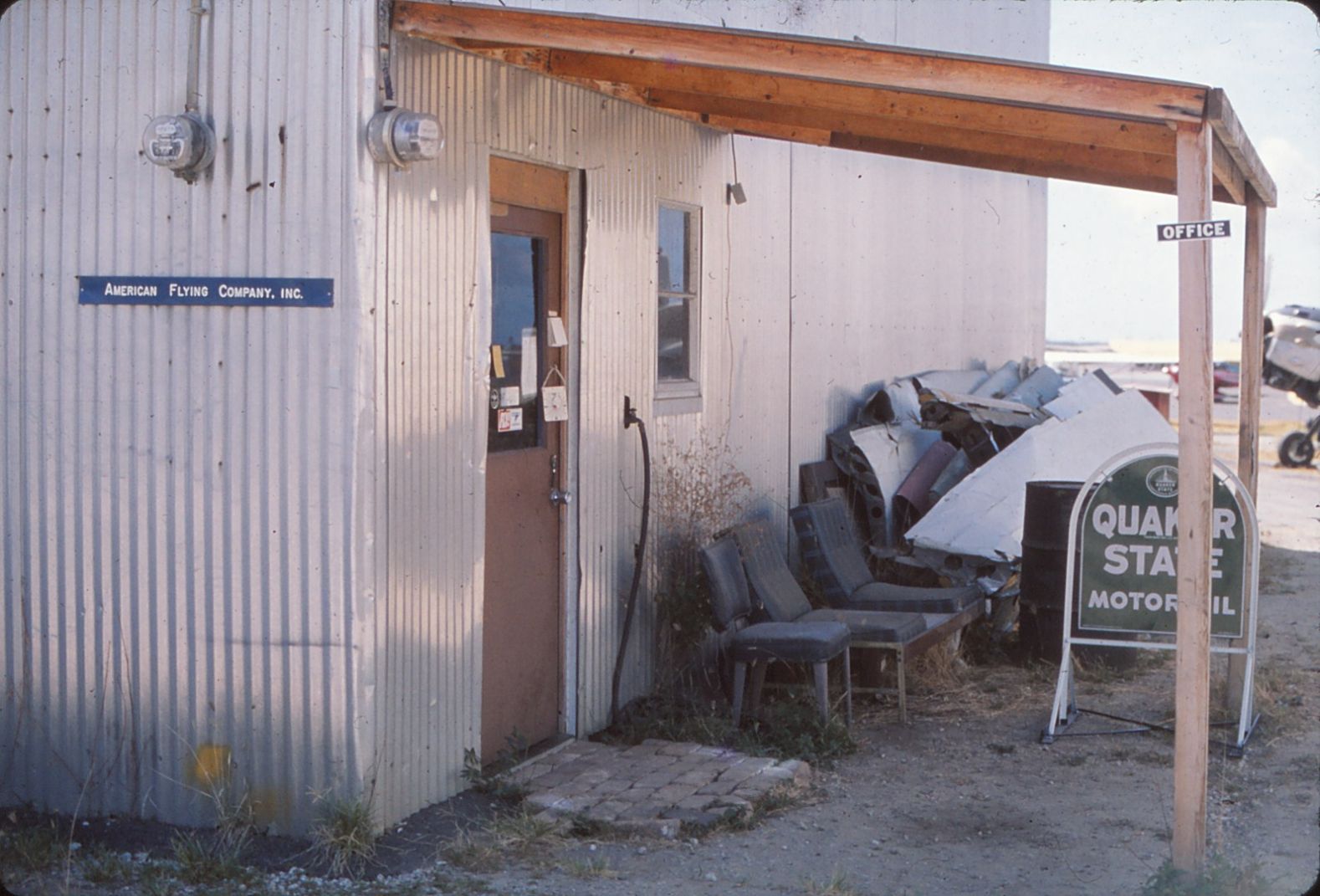 It’s amazing how quickly time passes. When I started flying in the mid-seventies, my steed was a well-worn 1938 J-3, long victimized by a past history of windstorms and neglect and scarred by numerous spar splices and welded repairs. But we were a team, exploring every small community airfield and farm strip that we could find within an afternoon’s radius of flying, almost all of which were grass strips.

Paul’s words bring back a flood of memories because the airport lounge at nearly every field we visited was always worthy of a visit. Even now I can still remember the musty smell of old airplane magazines and moisture soaked wood and dusty over-sized lounge cushions guarded by a few dead flies. Like as not, the airport lounge at such fields was usually quiet for the day, almost abandoned, except for the wind whistling through the screen door or the distant popping of, what is now, an elderly John Deere. There was even one grass strip, about 50 miles distant, where you pumped your own gas and left your check in the lounge on the manager’s desk because he trusted everyone. At the same dirt strip, just outside the office, a row of red and silver J-3s stood on their noses, their tails hanging from the rafters. And I’ll never forget the good friends I made in those lounges.

Thanks for the memories, Paul!

Great article, Paul! Your description fits the vast majority of pilots’ lounges I’ve encountered. Even those freshly-built. My local hangout had a new Pilots’ Lounge/Terminal (talk about ambitious) constructed and within a week of ribbon-cutting, someone had donated a stack of Trade-A-Planes and Controllers to take the edge off the new-lounge smell. Because while you enjoyed your cup of Pilots Lounge Coffee which had undergone that special 6-hour post-brewing ripening/heat treatment process, the then-current issue was not nearly as much fun to read when you could be going “Holy Cr@p! Six months ago I coulda bought an Apache with no engines or panel for $1500!”

Great analysis. You brought back many memories of MY 27 years flying in the Antelope Valley (“AV”).

I lived and worked on Edwards AFB from ’72 to ’88 (instrumentation type) and in Palmdale subsequently until ’99. I kept my airplanes at Southbase, Fox and at my private Mojave hangar variously during all of that time. I remember Rosamond before it was an airpark, too. In those days, Southbase was mostly abandoned. The Aero Club and private aircraft owners occupied T-181 and T-182. The Kern Valley airport is like few other airports around the Country, too.

People reading this article simply cannot comprehend just how bad things can get in the Mojave Desert with respect to winds. Over all my years there, there were numerous crashes of light GA airplanes caused by the incessant winds, rotors and turbulence in general. Beech Bonanzas crossing the Tehachapi’s seemed especially prone to structural failures because of what you described. MY favorite breakfast locations were Woodlake (O42) and Columbia (O22). I can remember dozens of days when I’d leave Mojave in the AM in calm conditions and — on the afternoon return — hearing ferocious winds blowing and that first ‘feel’ of turbulence in the area over the Kern canyon. On one occasion, I remember seeing every windsock on Mojave blowing in a different direction AND sticking straight out. I’ve landed my 172 on one wheel more times than not because of it. I once had to get ground help to taxi between hangars there. If you can fly at Mojave, winds will never be an issue for you.

One of your sentences resonated with me … “Just because the winds are calm at the airport and the sky is clear doesn’t necessarily mean that it is a good day to go flying!” I’d say this was one of the first things I learned when I showed up on Base. There were plenty of days when you’d look out the window and see clear blue sky but develop cabin fever because you couldn’t stand up straight when outside. I once got the Aero Club T-34 in a situation where it was trying to blow over on the imaginary axis between one MLG and the NLG with a quartering tailwind while taxiing. And, I’ve seen a Cub headed for L00 [Rosamond Skypark] climb straight up at Southbase as if it were on an elevator. I learned to hate the wind in the desert … still do.

From my perspective and experience, you guys woulda been better off flying further east and keeping it at altitude until you made your turn for the airpark. Then again, hindsight is 20/20. I’ll bet you’ll do that next time.

It seems to me Sully is making a case for proper training, combined with improved design and integration of existing technology (purposefully left out by Boeing) to take into account excellent US airline performance and “puppy mill” training that seems more and more prevalent both in the US and overseas carriers. MAX was supposed to meet certain design certification criteria for aircraft stick loads and make the case for no additional transition training to MAX from 737 rated pilots at the same time. Boeing was so confident of MCAS, they didn’t even bother to tell the purchasing airlines it was aboard…until one crashed.

Sully has a boatload of safety/advocacy/training/CRM/NTSB investigator credentials in addition to being a glider pilot. He and Skiles validated excellent CRM skills, understanding and execution of procedures, proper evaluation of systems under great stress, and then performed…not in theory…a dead stick landing of that Airbus on the Hudson.

He is quite qualified to critique MCAS from design, engineering, training, and implementation. The airline industry would not be using the full potential of CRM they advocate in the cockpit ignoring his suggestions about MCAS, proper training, and best practices for safe integration as these airplanes return to the skies.

He and Skiles cannot walk on water but have demonstrated they can land on it well enough for the airplane to float for evacuation and eventually be recovered. He walks his talk. And he has done that his entire flying career, just as many Avweb professional pilot commentators. Dismissing that experience would be a terrible thing to waste, considering Boeing’s penchant for cost cutting.