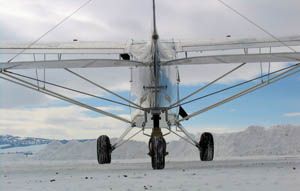 As you say, being a taildragger or glider pilot doesn’t by definition make you a better pilot overall. But I do believe getting some glider (which I have) and taildragger (which I haven’t – there really aren’t many of them to train in in my local area) training will help. It’s not necessarily so much the type of training you do, so long as you get training in a type of aircraft you have little-to-no experience in, because more unique training, I think, makes you a better pilot (or at least better appreciate the type of flying you do do). For that matter, helicopter training will make you a better fixed-wing pilot too (I found it actually made me much more comfortable with short-field takeoffs in fixed-wing planes).

In a perfect world, I would also pick a fuel injected aircraft over a carbureted one. And for a while, I vowed if I were to ever own my own plane (or a share in one) again, it would be fuel injected. But after flying carbureted piston helicopters and getting used to always being mindful of the carb temp gauge (which I now feel is mandatory in any carbureted aircraft, or at least a carb ice detector) and the temp/dew point spread, it doesn’t bother me as much now.

I didn’t realize I was one too till I read this. Aside from bragging rights there is another advantage of 400 hours in taildraggers. When I go looking to buy an airplane, there is a whole ‘nother level of aircraft that I consider as “available”. That level is slowly diminishing. However, they are still there. I recently became in the market and was searching ALL types of aircraft, and, coincidentally, found a beautiful Cessna 195 (taildragger). It wasn’t to be for reasons other than the aircraft. But the number of Taildraggers out there is still large enough that within a week of losing that one, I found an excellent Vultee BT-13 that I am now considering.

It just shows the depth of the market is there for those of us that have the manly skills of avoiding ground loops.

Training, training, training! I agree, many GA and recreational pilots do not practice engine failures to a landing, let alone any of the other possible emergency scenarios. The little bit of flying they might do is a cause for very rusty stick and rudder skills. During flight reviews I kindly provide the student unexpected engine failures during various phases of flight. Even in a very controlled environment the outcome is mostly ugly. A great way to practice is idle approaches abeam the numbers, traffic permitting. Drag management is key using gear, flaps and even a slip if needed. Pick a touch down point and see how close you can come to land on it. As a professional pilot I am fortunate to fly on a regular basis, but also go through an intensive recurrent training program very nine months. The idea that a flight review every two years will bring you up to speed is ludicrous. I highly recommend the FAA Wings programs, as a continual way to stay current. Do a phase each year, which equals to an hour-long session with a CFI every four months. The free online courses are a terrific way to stay in the books and keep your brain in the game. Yes, even some airline pilots participate in the Wings program. After 35 years of flying I am still learning. As on examiner told me early on: “I am signing your temporary license today! It is a license to learn. Congratulations.”

Now go fly your airplane like a glider and see if you can nail your touch down point every time. Remember though, at idle the engine is still producing a bit of thrust. When it actually quits, it will not glide nearly as well.