The very idea of going around in circles in a hold at 150 knotsis pretty ridiculous, particularly when it goes on so long thatyou end up diverting to an alternate. Makes you wish you’d takenthe bus. Nonetheless, the feds really do want to minimize airborneholding and they use something called Flow Control to do it. 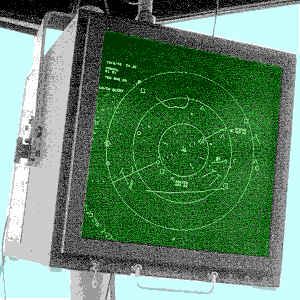 Flow Control was originally implemented as a temporary measureto regulate traffic during the 1981 PATCO strike. It has survivedto become a permanent part of the system. The program is managedby the ATCSCC (Air Traffic Control System Command Center), formerlylocated in FAA HQ in Washington, and recently relocated to hightechquarters in Herndon, Virginia.

The program is complex and while it covers stuff that’s not alwaysimportant to GA pilots, you can still be affected by Flow Control.What they’re trying to do, essentially, is to balance the arrivalsupply with the arrival demand.

Because any airport has the potential of receiving more instrumentarrivals than it can handle (as happens during special eventssuch as the Indy 500 or the Flying Farmer’s Convention), evensmall airports are candidates for the dubious benefit of trafficmanagement. Here’s a thumbnail synopsis of how it works.

Step one is to determine the arrival rate, which is the numberof airplanes per hour that the airport can handle. The arrivalrate is determined by on-airport ATC, since it’s influenced byalmost anything: runway availability, wind, weather, staffing,the number of departures expected sharing runways with arrivals,even the phase of the moon (no kidding-a bright moon can makeit easier for pilots to see the airport and other airplanes, allowingmore efficient visuals).

Every airport is different, but under ideal conditions, O’Hare’sarrival rate will be as high as 105 airplanes per hour. Underworst case conditions (say, one slippery runway available forall operations), it might be as low as 18.

ATCSCC takes a look at the anticipated demand for the period inquestion and compares it to the arrival rate. They actually workin 15 minute increments, but for our discussion, we’ll use anhour. "Demand" consists of all airplanes that expectto land at the airport in the hour under consideration, includingthose airborne and those on the ground awaiting departure.

If the demand is less than the supply, no problem. Airplanes enroute keep coming, departures go on schedule, and the Flow Controlguys relax and drink coffee. But if 100 airplanes are expectedto arrive during the hour, and the arrival rate is 80, 20 airplaneswill enter the terminal airspace with no place to go, except aroundin circles at some holding fix. This is not considered to be agood thing.

The solution is to lower the demand for the hour by 20 airplanes.This could be accomplished with en route holding, but becauseairborne holding wastes fuel and increases controller workload,this isn’t a preferred method. Instead, as soon as the ATCSCCsees excess demand developing, they’ll start issuing EDCTs (ExpectDeparture Clearance Times). In effect, they artificially lowerdemand by ground-holding 20 airplanes that haven’t left yet. Theseare sometimes called "gate holds," since the airplanedoesn’t push back from the gate on schedule, but waits until it’sclose to the ATC-dictated departure time. Airports without enoughgate space may park the airplanes in a run-up pad or other holdingarea.

The problem with this scenario is that the airplanes hit withEDCTs of, say, one hour from the original proposed departure time,are now going to be arriving in the next hour. If the next houris as busy as the last, the airport will have 20 more arrivalsto add to the 20 excess arrivals it already had, for a total of40 airplanes it can’t handle. So, the same scenario repeats, andwhile it might seem logical for the original 20 airplanes to receivepriority this time around, it doesn’t always work that way. Dueto the pecking order imposed, some (or all) of the original 20that took the brunt of the blow last hour may get hit again.

So, what is the pecking order? At the top of the heap are airplanesthat are already airborne, since en route holding is a last resortand rarely used. Airplanes inbound from Alaska and Hawaii usuallyget a free pass, too. Their long en route times make it difficultto judge how busy things will be when they arrive. Airplanes departingforeign points for arrival in the U.S. are exempt for similarreasons, which is just as well. Can you imagine an independent-mindedFrench controller heeding the flow-control demands of some FAAbureaucrat?

Which leaves the domestic flights from within the conterminousUnited States. And among those domestic flights, the shorter theflight, the better the chances it will be hit with some sort ofground delay. After all, if the airport is saturated, airplanesthat are closest to the destination present the most immediateproblem. Airplanes that are close by, but not yet airborne, arethe easiest to hold back. Unfortunately, they’re often the lastto be released when things improve. That’s because their veryproximity makes them useful pawns in the traffic-management game.

The slightest change in any single factor in the equation canaffect the entire plan. Let’s say that out of those 80 airplanesthat the ATCSCC thought would arrive during a particular hour,10 are arrivals from New York airports. But due to a stuck micon one of New York tracon’s frequencies, all of the airplanestake an unexpected 30-minute delay.

Now there are 10 extra arrival slots, but airplanes that are holdingon the ground at distant locations can’t possibly get to the arrivalairport in time to fill the gaps. Suddenly, airplanes being heldon the ground at relatively close-in airports become a hot commodity.Nearby Centers and terminals start scrambling to find airplanesto fill the vacant slots.

This being the case, the closer the departure airport is to thearrival airport, the more erratic the accuracy of the ground-delaytimes. If you’re given an EDCT delay from an airport that’s ashort distance from the impacted arrival airport, keep your handheldtuned to clearance delivery while you’re cooling your heels. Youmay be called to serve on short notice.

So, is the point of Flow Control to avoid airborne-holding altogether?Surprisingly, the answer is no. In fact, airborne holds of 5 to15 minutes are considered to be ideal, in that they keep pressureon the airport, assuring that the final-approach courses are alwaysfull, with no gaps caused by a lack of arrivals to fill them.

For Traffic Management folks, success is measured only by a constantflow of airplanes on the final approach courses, at minimum spacing,with airborne-holding being kept to an acceptable level. The fumingof pilots on the tarmac at sunny locations hundreds of miles awayis of little consequence. Lucky for them, flow controllers onlyhave to look at the big picture, not the annoyance on the facesof passengers who thought they had no time to spare, so they wentby air.