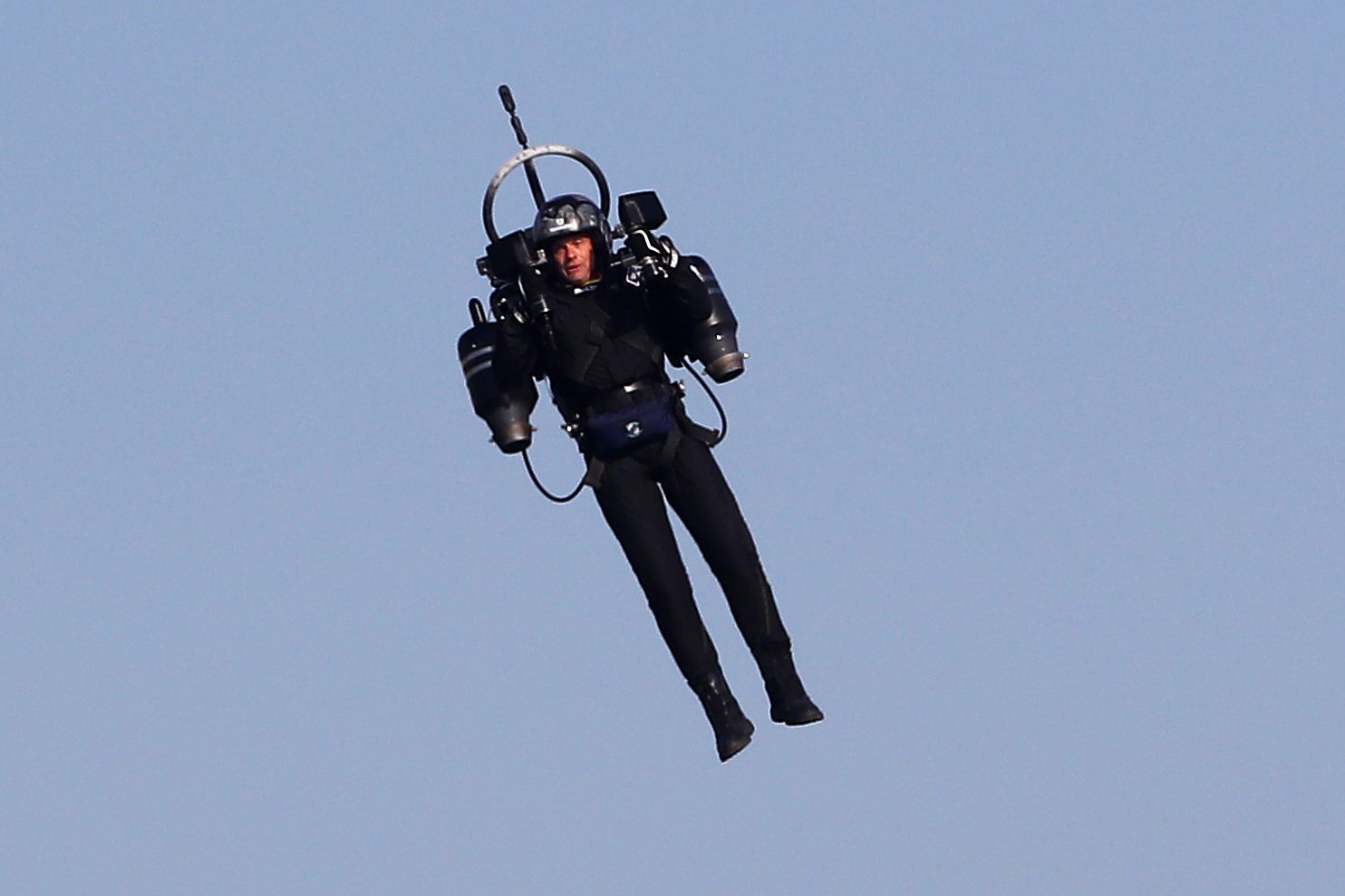 As I’ve observed, the news business has always been little like standing on the side of a river watching the water go by. But what with a gazillion content sources, it’s more like a 500-year flood now. There’s so much bandwidth to fill and so many sensors feeding the maw, everything is a story. And thus, two stories on the sighting of jetpacks being flown near airliners in the past couple of months.

My friend Stephan Wilkinson wrote to urge me to “put an AVweb stake through the heart of this baloney about ‘jetpack fliers’ being sighted over LAX.” It was on my to-do list, but thanks for the reminder. So how did these stories find their way into the news feed in the first place?

They are, of course, legitimate news stories because they’re based on bona fide—if likely mistaken—observations by airline pilots. We often credit our fellow pilots as being “trained observers” but have you had any training in observing distant targets and identifying type of aircraft, distance and direction of flight? If you’re a military pilot, perhaps yes, but for the rest of us—including airline pilots—we’re only a beat better than any other untrained observer and very likely to get details, if not the basics, wrong.

And the likelihood of these observations being accurate is exceedingly small. First, let’s define jetpack. There’s the Yves Rossi type with four small jet engines attached to a hard wing and there’s the rocket-belt type of the sort JetPack Aviation has demonstrated. Then there’s the Martin Jetpack, which wasn’t a jetpack at all but a pair of ducted fans driven by a gasoline engine.

We reported on this in 2008 when it appeared at AirVenture. The company has since gone defunct, which immediately tells you two things: Even if such a thing were a developmental reality, the market demand for it would be nil. The demo flights barely got to head height, but our follow-up reporting said it eventually got to 5000 feet (unmanned), but landed under parachute.

Yves Rossi has wowed airshows with his demos air launched from helicopters and earlier this year, I wrote about Vince Reffet’s stunning ground-launched jetpack flights from a pier in Dubai. He landed low-altitude excursions on his feet, but his higher flights were landed the way Rossi’s have been: under a parachute.

It is possible, I suppose, that some enterprising experimenter has copied the Rossi design, managed to keep it secret for whatever reasons and then decided to unveil it beyond the window of airliners on final to LAX. It’s further possible that this clever person took off and landed the thing—directly or under canopy—without anyone in a cityplex of 19 million people noticing. It’s also possible that my application to become Papal Nuncio will finally be approved this week.

So if airline crews aren’t hallucinating or suffering from mass hysteria, what did they see? My bet is a drone tarted up with a mannequin or human figure to appear, at an unknown distance, as a piloted jetpack. A moderately skilled drone hobbyist could easily pull this off, although I have my doubts about sustaining 6000 feet for very long.

As the occupants of the last Titanic lifeboat would surely have known, we’re all in this together.