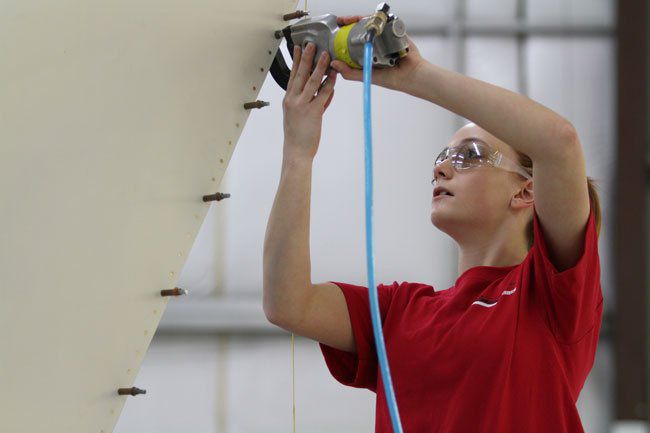 As the winners of﻿ this year’s Aviation Design Challenge, four students and their teacher from Erie 1 BOCES Harkness Career and Technical Center in Cheektowaga, New York, will be traveling to Glasair Aviation to help build a plane at Glasair’s Arlington, Washington, manufacturing facility, announced GAMA on Tuesday. The trip is scheduled to take place during the last two weeks in June and will be entirely funded by competition sponsors. The second-place team—St. Croix Lutheran Academy from St. Paul, Minnesota—gets a two-day Redbird Flight Simulations STEM Lab Camp to be held at their high school.

Throughout the competition, teams followed the Fly to Learn STEM curriculum, using what they learned to modify a virtual Cessna 172SP. The design software, which is powered by X-Plane, also scored the aircraft based on payload, fuel burn and distance flown. GAMA engineers then evaluated the projects. “Programs like the Aviation Design Challenge and other STEM initiatives our member companies host and support are critical to ensuring we have the pilots, engineers, assembly and maintenance technicians, and leaders to keep the general aviation industry growing in the future,” said GAMA CEO Pete Bunce.

The design challenge, which has been held annually since 2013, was created to support STEM education in U.S. high schools. For the 2018 competition, 130 schools from 39 states registered, a significant growth from 2017’s 93 entrants. Companies sponsoring the competition include Lycoming, Garmin, Cirrus, Textron and Hartzell.