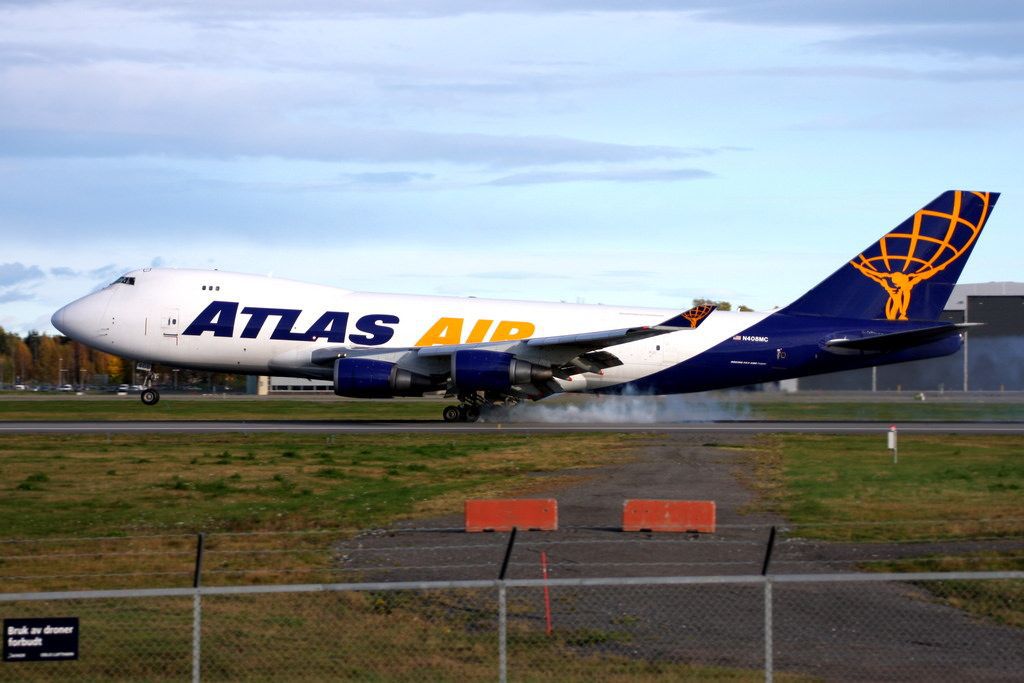 The line between a crash and a hard landing can be pretty thin and there’s an Atlas Air Boeing 747-400 on the ramp at Shanghai Pudong Airport with runway rash (at least) on three cowlings that might define that. According to the Aviation Herald, the aircraft was flying for DHL from Seoul to Shanghai and hit hard enough that the No. 1, 2 and 4 engine pods scraped the runway on Aug. 6. The plane rolled out safely. The damage assessment is ongoing but the plane hasn’t moved since it was parked in Shanghai.

The aircraft landed on Runway 17 and it was windy at the time, with 25 knots gusting to 38 knots from 180-190 degrees with broken cloud and towering cumulus in the neighborhood. The inboard engines on the 747 are closer to the ground than the outboard mills but hitting both suggests some considerable wing flex. The plane involved was built as a freighter in 1998 and has been owned by Atlas since delivery.