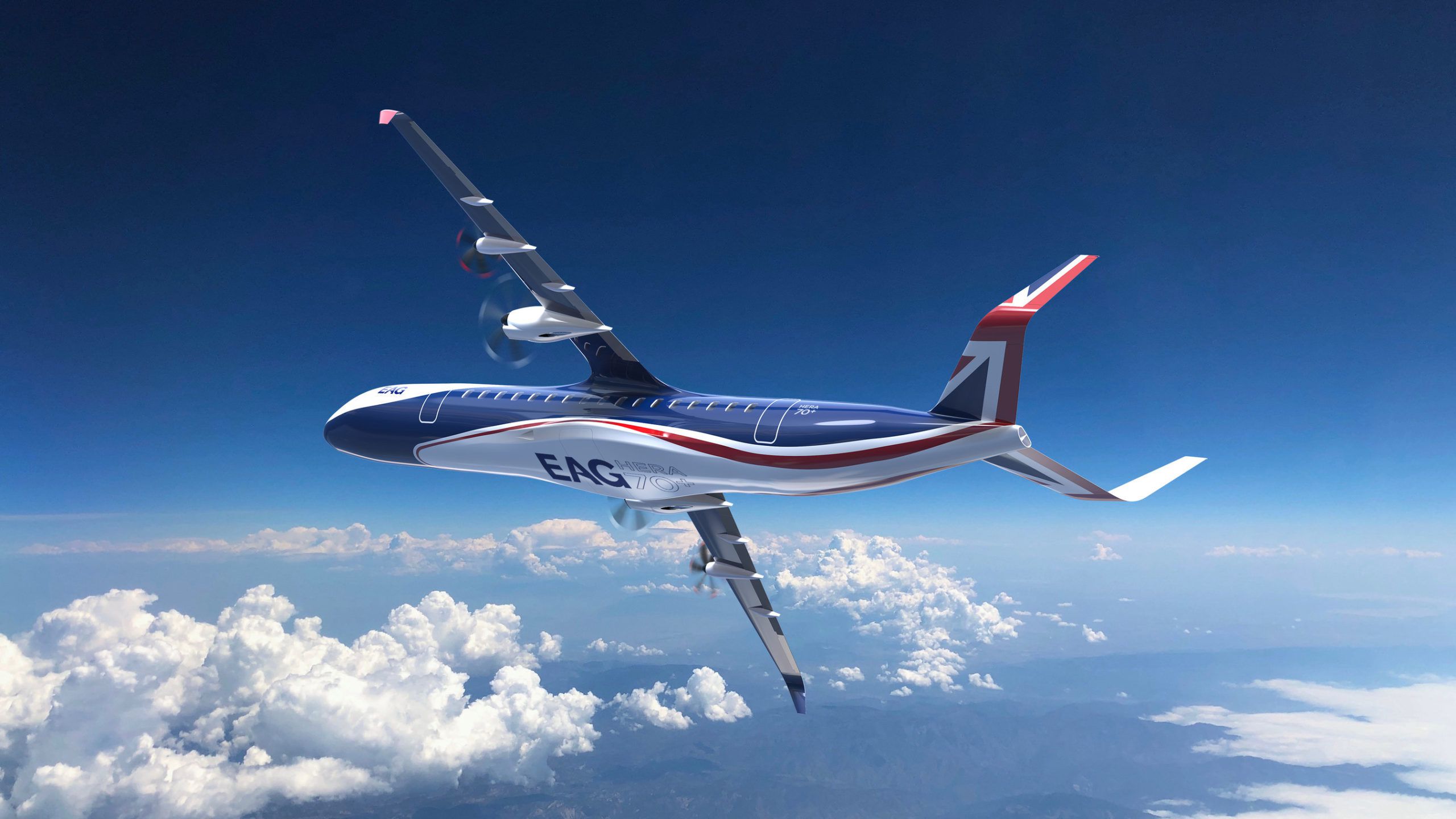 The Electric Aviation Group (EAG) has announced a proposal for a 70-seat hybrid-electric airliner, in what amounts to “going big” in next-gen regional airliners. According to the company, “Whilst a number of small electric and hybrid-electric aircraft, up to 19 seats,  have been proposed, their limited range and small capacity will make it difficult for an airline to deploy them on profitable routes in sufficient numbers to have a measurable impact on the environment and make a profit.” The high-wing regional jet, with a pair of turboprop engines and two electric booster motors, could be ready for service by 2028.

EAG, a U.K.-based “engineering and development firm,” says that its focus is on “the key technical and integration challenges facing a larger aircraft, [and] EAG has shown that it is possible to launch regional aircraft with up to 70 seats and ranges up to 1200 nautical miles. Since the majority of commercial flights flown in the World on a daily basis are at ranges less than this there is an unrivaled opportunity for a first mover in this sector.”

Dubbed a “disruptive” design, there are nevertheless few details given about this airliner, though it is touted as potentially “whisper-quiet” and having “efficient battery integration.” Images of the design concept show solar cells along the top of the fuselage. It is said to have both STOL performance and be capable of “gear-assisted takeoff run,” which sounds like a lot of fun for ex-naval aviators with carrier experience but maybe not so much for Aunt Marge. The company also says that this will be a “future proof” design able to accommodate technological changes, such as newer, more energy-dense batteries, as well as a switch to all-electric power should those come to fruition.