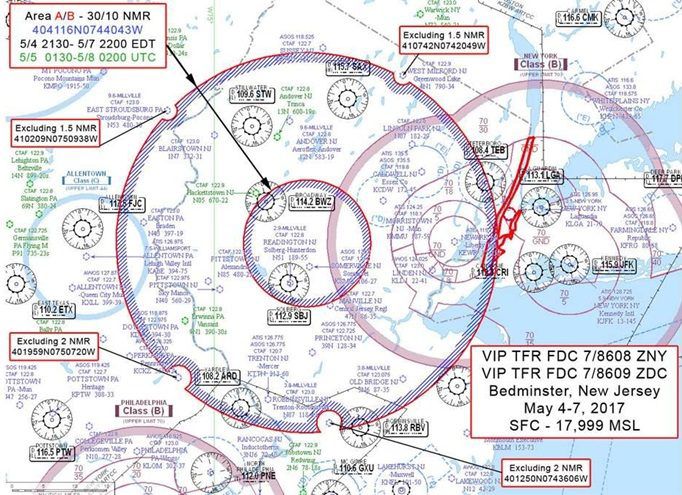 NORAD fighters fired flares to get the attention of an RV-7 pilot who blundered into the presidential TFR surrounding President Donald Trump’s Bedminster, New Jersey, golf resort on Saturday. The jets were scrambled and intercepted the homebuilt in the restricted airspace but weren’t able to raise the pilot on the radio. Shortly after the flares were used, the errant pilot found the right frequency and was escorted to a nearby airport where his day undoubtedly got even worse.