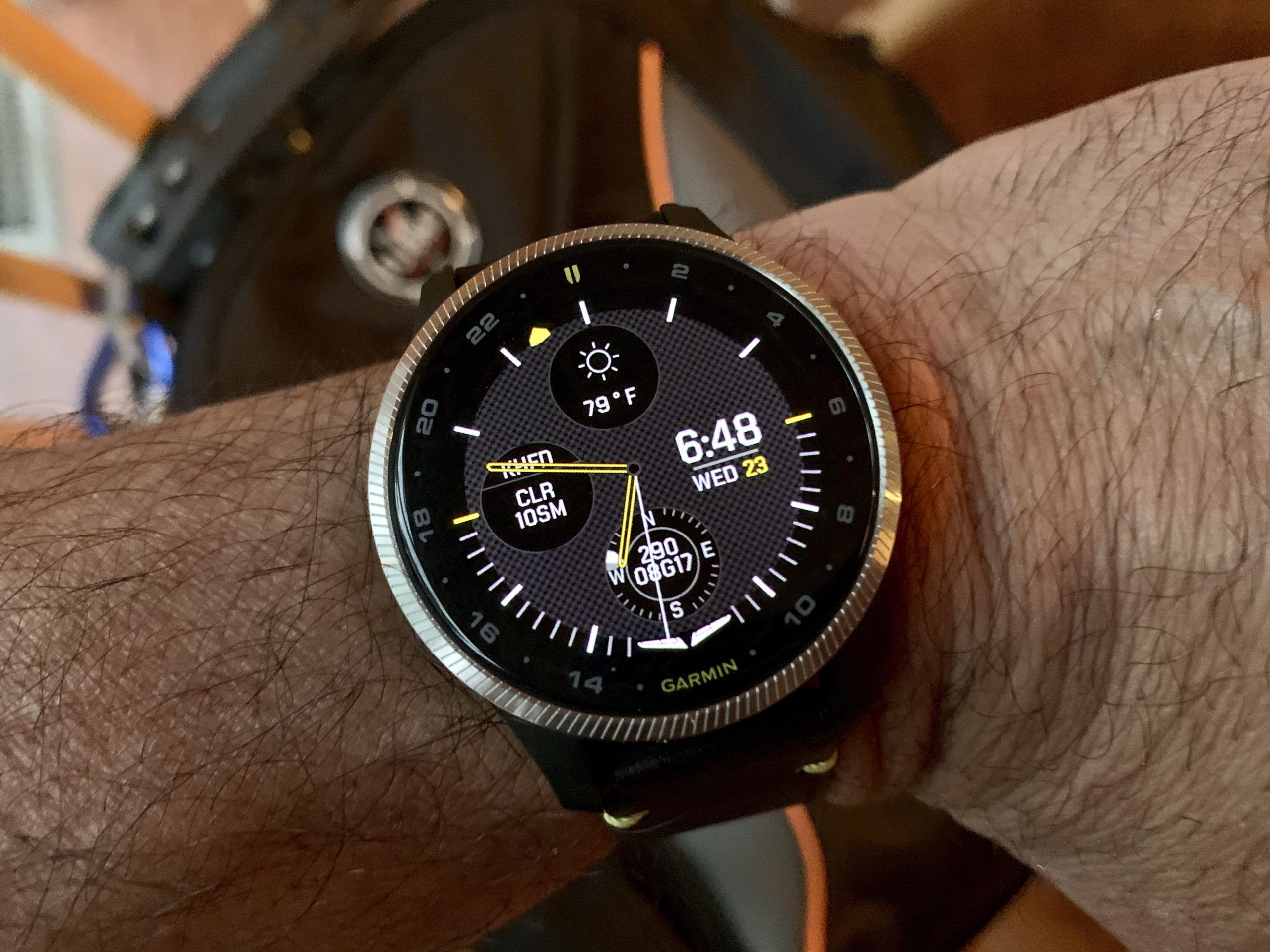 Garmin’s D2 aviator watch line has matured since the earliest models and the latest is the D2 Air. The new watch—priced at $499—trickles down from Garmin’s Venu, a generously featured fitness smartwatch that works with Garmin’s Connect virtual activity tracking program. The new D2 Air retains nearly all of the Venu’s sports and smartwatch capabilities but its top layer of software focuses on aviation data by using a worldwide aeronautical database with airports, navaids (including intersections) and textual weather. It has a color touchscreen, Bluetooth, Wi-Fi and a shallow menu structure. It doesn’t have onscreen weather graphics—only text, including TAFs and METARs.

The watch has a built-in pulse oximeter and heart rate monitor, plus an altitude and fuel tank alerter utility that vibrates the wrist as a reminder. The D2 Air is priced well south of Garmin’s flagship pilot’s watch, the $1249 D2 Delta PX, which plays weather graphics and has a two-way comm stream with Garmin’s Pilot tablet app for the sizable price premium. The Air can receive flight plan transfers from the Pilot app (it can’t send them), plus it works with flygarmin.com for logbook and other flight utilities.

The D2 Air can run for as long as five days on a single charge when used as a smartwatch and up to 10 hours when using the internal GPS for navigating. And when it comes to navigating, the watch has direct-to navigation, it automatically begins navigating to the loaded waypoint when it senses a predetermined climb rate, it has an HSI with off-course prompting, adjustable barometric altimeter and has extensive runway data including orientation and wind components, runway lengths, airport frequencies and traffic pattern altitudes.

The D2 Air, which has a 1.2-inch color AMOLED touchscreen, a scratch-hesitant Corning Gorilla Glass 3 lens and a 43.2-mm bezel, is lighter and has a smaller profile than the flagship D2 Delta PX. And since it started life as a multifunctional smartwatch, it easily serves double duty for sports activities and health tracking. It connects with Garmin cycling accessories, including cadence and speed sensors, in addition to Garmin’s Varia smart lighting and rear taillight radar system. It comes loaded with over 20 indoor and outdoor sports apps, plus Garmin Pay—the company’s touchless payment system. The watch comes standard with a premium leather strap and a quick-release silicon sports band. The watch is available now, and the flagship D2 Delta PX watch will remain in the Garmin wearable lineup.