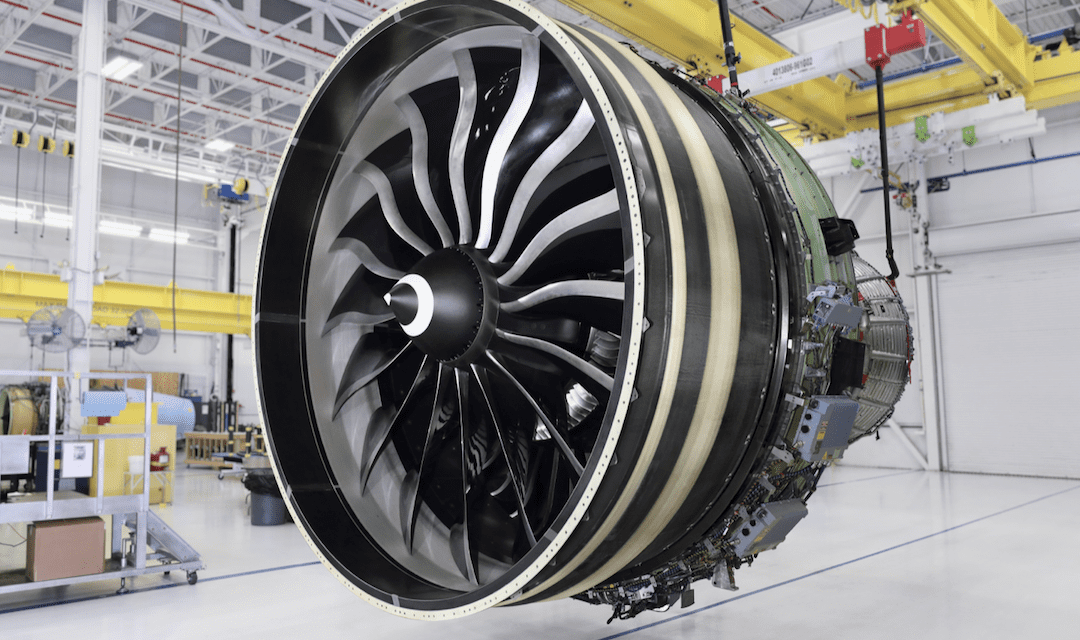 Boeing’s 777X moved a step closer to reality with GE Aviation receiving FAA approval for the GE9X engine. Having completed just less than 5,000 hours and 8,000 cycles, the GE9X, which is based on the GE90 and fitted with a larger first-stage fan, is said to be 10 percent more fuel efficient than the GE90 and 5 percent better than comparably sized engines. The largest commercial turbofan in the world, it produces 110,000 pounds of thrust.

“It takes the world’s best talent in jet propulsion to create a game-changing product like the GE9X engine,” said John Slattery, president and CEO of GE Aviation. “There is no substitute that can achieve the combination of size, power and fuel efficiency of the GE9X. This engine will deliver unsurpassed value and reliability to our airline customers. I want to congratulate the entire GE9X team and thank Boeing, our partners and suppliers for the collaboration on this incredible achievement.”

“Just as the GE90 pioneered new technology for commercial aircraft engines more than 25 years ago on the Boeing 777, the GE9X sets the new standard for engine performance and efficiency thanks to the incorporation of GE’s most advanced technologies developed over the last decade,” said Bill Fitzgerald, vice president and general manager of Commercial Engines Operation for GE Aviation.

According to GE Aviation, the company is “currently conducting 3,000 cycles of additional ground testing on the GE9X engine to support Extended Operations (ETOPS) approval. The GE9X team is also conducting maturation testing to help GE engineers prepare to support the engine in service.” Boeing’s 777X first flew with this engine in January.