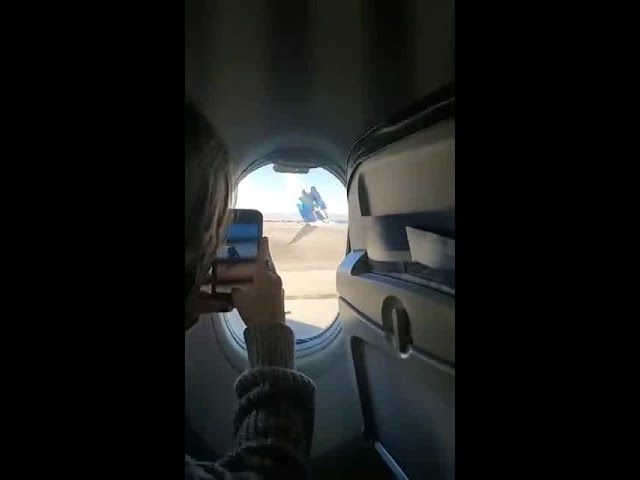 A man is now in a “medical facility” in Las Vegas after he hopped the fence at Las Vegas’s McCarran Airport on Saturday and managed to climb onto the wing of a Boeing 737 loaded and ready for departure. Cellphones were rolling as the man, with a sweater wrapped around his waist, strolled the length of the wing of the aircraft getting ready to depart as Alaska Airlines Flight 1367 to Portland. Fortunately, the crew saw the man walking toward the aircraft and hit the brakes.

It’s not clear how he got up on the wing, but after he did, he made the most of it. At one point he sat down and took his shoes off before trying to scale the upward winglet. He lost his grip and slid off to the waiting arms of police on the ramp. He was in the medical facility a short time later. The aircraft returned to the gate and underwent a complete inspection before it took off for Portland four hours late.