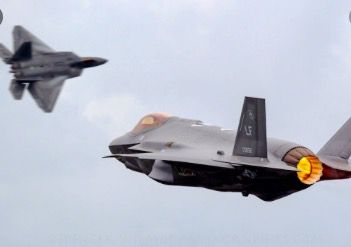 The ultimate dogfighting smackdown is scheduled for July 2021 when the Air Force pits one of its top fighter pilots against an autonomous fighter controlled by artificial intelligence. Lt. Gen. Jack Shanahan, head of the Pentagon’s Artificial Intelligence Center, told a virtual conference hosted by the Mitchell Institute for Aerospace Studies the Air Force Research Laboratory is putting together the mock dogfight. Shanahan was scant on details, however. He would not say what kind of aircraft the pilot would fly and what form his or her adversary would take, although it’s most likely the machine brain will be installed in a modified front-line fighter. Shanahan also gives the edge to the human in this fight.

Shanahan said the team putting together the drone “is probably going to have a hard time getting to that flight next year … when the machine beats the human,” Shanahan said. Of course the goal is to make fighters more effective and the ultimate answer might exploit the best of both worlds, according to Steve Rogers, the head of the project. He told Inside Defense in 2018 he’s trying to give human pilots the advantage of machine learning in tactical situations. “How can I make myself a tactical autopilot so in an air-to-air fight, this system could help make decisions on a timeline that humans can’t even begin to think about?”