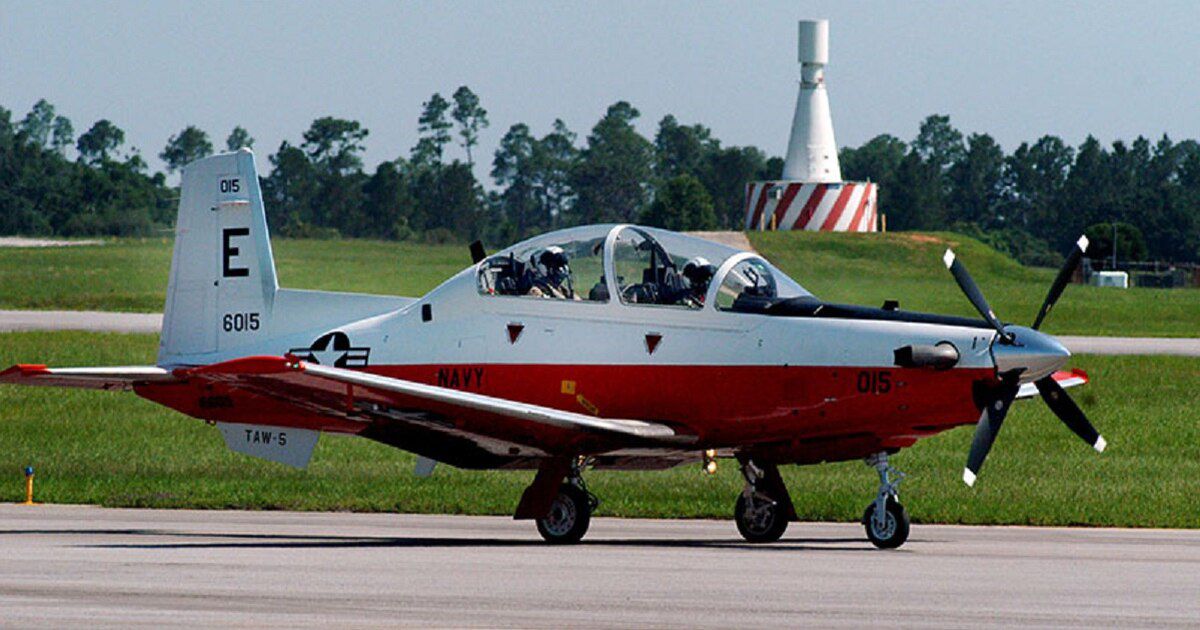 A Navy flight instructor and student pilot were killed in the crash of a Navy Texan II training aircraft on Friday in Foley, Alabama. The aircraft hit a house but there were no reports of injuries or deaths on the ground. Authorities are asking for witnesses to supply photos or videos of the accident, which happened about 5 p.m. local time. The aircraft was on a routine training mission from Naval Air Station Whiting Field in Milton, Florida. Identities are being withheld until next of kin have been notified.

Neighbors reported their own homes being rocked by the nearby impact and explosion. “All I could see was a pile of rubbish, and a house and two cars on fire. I didn’t want to get too close, but I also wanted to go into the house to make sure everybody was OK,” neighbor Dennis Raasch told MyNBC 15. Although the house was destroyed, the occupants were able to get out along with their pets. Navy investigators and local authorities are investigating.