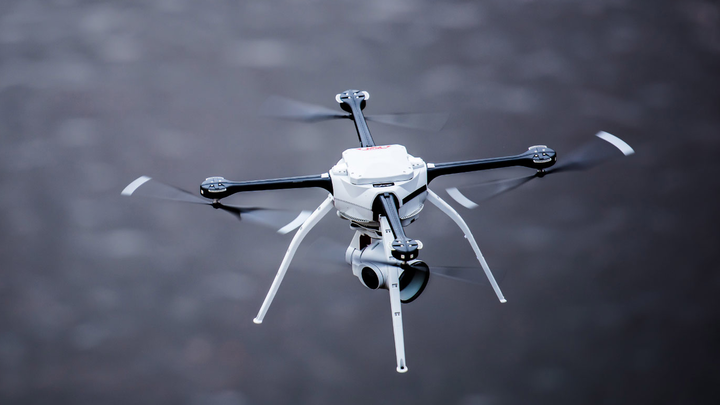 There was likely a lively debrief after a Royal Canadian Mounted Police (RCMP) AS350 B3 helicopter and an RCMP SkyRanger R60 surveillance drone collided while on a joint mission over a rural area of British Columbia in February. Although the incident happened in February, it didn’t make it to the Civil Aviation Daily Occurrence Reporting System (CADORS), Transport Canada’s daily list of tragedies, mishaps and oopsies, until June 3. This one rated five on a scale of six by Canada’s Transportation Safety Board in terms of seriousness and was classified as a “midair collision” that resulted in a “forced landing.” The details are perhaps a little more mundane but they do possibly paint a picture of the perils of putting manned and unmanned aircraft in close proximity even when they’re playing for the same team.

The drone was one of two involved in a “policing activities” with the helicopter about 15 miles from the small city of Houston in central B.C. The nature of the operation wasn’t described in the typically clipped CADORS report. The helicopter and drone came together at about 300 feet AGL. After obliterating the drone, the helicopter exhibited a brief vibration and the pilot headed for a clear spot on a road below. The precautionary landing was uneventful and none of the three people onboard was hurt.

Whatever caused the miscue, it was an expensive lesson according to the CADORS report. “Maintenance staff found damage primarily to the main rotor blades along with superficial damage on the tail boom and tail rotor,” the report said. “The [a]ffected components were removed as per the maintenance manual for repairs or overhaul as required. The RPAS was destroyed.” The drone is popular among police departments and was made by Aeryon Systems. List price is about $100,000. The CADORS report said it weighed about six pounds but the manufacturer says it’s more like 10 pounds.