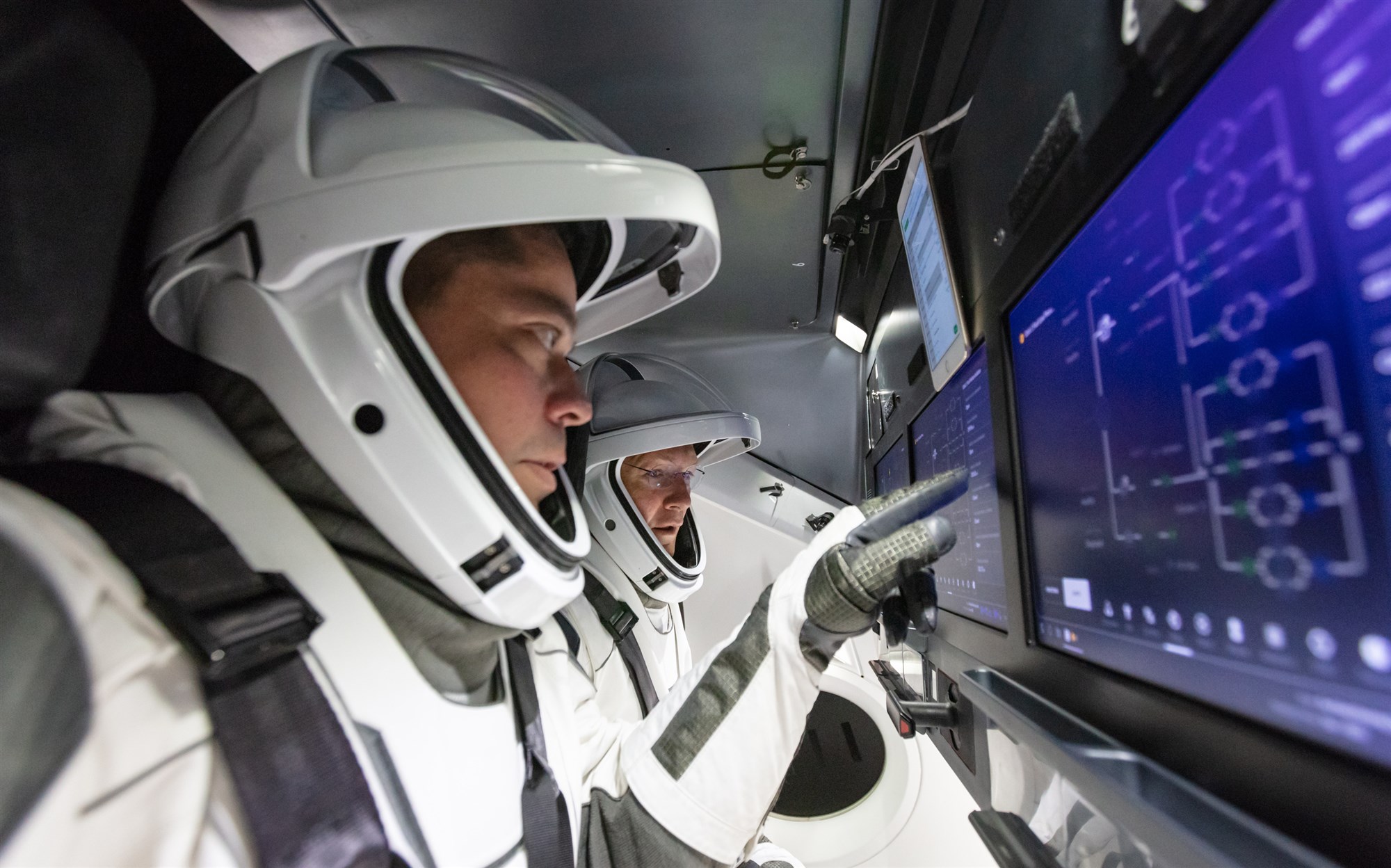 Assuming the weather cooperates in Florida, tomorrow’s launch of the SpaceX Crew Dragon capsule on a “demo” flight to the International Space Station will mark an important resumption of U.S. space travel capability. Late on Tuesday, the prediction had improved to a 60 percent likelihood of acceptable weather on launch day; a few days ago it was at 40 percent.

Elon Musk’s SpaceX has been launching satellites at a furious clip and testing the Crew Dragon capsule, with both successes and failures along the way. Wednesday’s launch, with astronauts Doug Hurley and Bob Behnken, will resume American manned launch capability that has been outsourced since the Space Shuttle was retired in 2011. Hurley was part of the crew as shuttle pilot on STS-135, the last shuttle mission and one using the Atlantis orbiter.

This mission, dubbed Demo-2, will lay the groundwork for approving the Crew Dragon for longer-duration flights with more crew members. This mission will have just two astronauts aboard. While the capsule itself is capable of carrying seven, only four seats will be used during NASA missions. In the configuration used for this launch, the Crew Dragon will be capable of staying in orbit for 110 days; a fully operational version will have a 210-day endurance. The length of time the Demo-2 mission remains at the ISS has yet to be determined.

“I don’t have to tell you all how exciting it is to have the first flight of humans to space from the Kennedy Space Center in nine years,” Kennedy Space Center Director Bob Cabana said during a briefing Tuesday. “Now, rather than rusting away in the salt air, through our partnership with SpaceX, that pad is being used once again, and it’s now for our Commercial Crew Program as well as other missions for SpaceX, and I think that’s absolutely outstanding.”

“It’s been nine years since we’ve had this opportunity,” NASA Administrator Jim Bridenstine said. “And Bob Cabana, we want to thank you for all the great work you’ve done getting us up to this point, getting the Kennedy Space Center ready. Everything is looking good. As of right now, we are ‘go’ for launch.”

NASA will be livestreaming the launch. See the video link below: