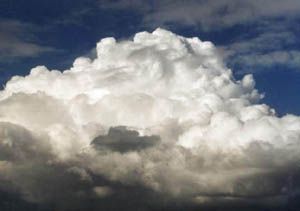 The Aircraft Owners and Pilots Association (AOPA) has released a new weather product as part of a series of upgrades to its flight-planning tools. According to the organization, AOPA Weather is designed to provide “national and airport-specific data in a mobile-friendly format” with features such as National Oceanic and Atmospheric Administration (NOAA) charts, AIRMETs/SIGMETs, the ability to check temporary flight restrictions and layerable radar, satellite, and wind stream images. AOPA Weather is available online and through the AOPA app.

“These upgrades make our powerful suite of flight planning tools—weather, flight planning, and airports database—available from your mobile device,” said Jiri Marousek, AOPA senior vice president of marketing. “As pilots, we need to be flexible, and we wanted our flight planning tools to be just as flexible so that you can access them whether you are at home, at the airport, or enjoying an outing at a new destination.”

Other recent upgrades to AOPA’s flight planning tools have included the launch of a new online flight planner last April and the addition of the AOPA Airports and Destinations Directory feature to the AOPA app in September. The organization has also announced plans to fold the AOPA GO app into its main AOPA app. AOPA will officially sunset its previous weather site and AOPA GO at the end of the year.