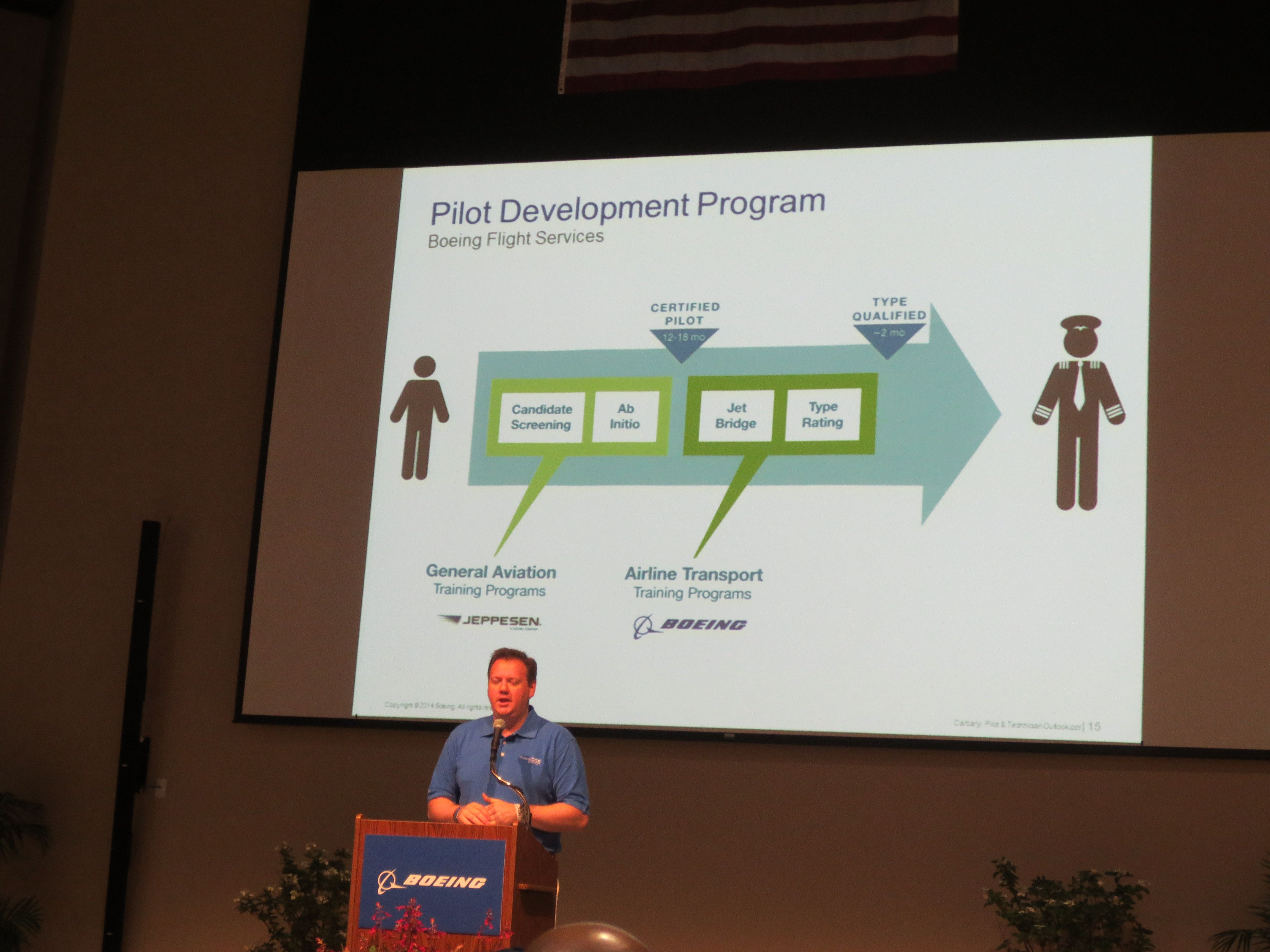 Boeings massive presence at AirVenture 2014 was explained today when it announced a worldwide ab initio airline pilot training program that will qualify pilots to go directly into the right seat of airliners in virtually every country of the world except the U.S. Two weeks ago, Boeing released its widely respected market projections and trending 20-year outlook for the airline world. It estimated a need for 533,000 new pilots and 548,000 new aircraft maintenance technicians-with the greatest demand in the Asia-Pacific and Middle Eastern markets. Approximately 17 percent of the demand is expected to be in North America. Boeing has historically worked closely with its airline customers to provide support services, including parts, information and flight training. Now, with its subsidiary company Jeppesen, it will undertake ab initio airline pilot training to provide a supply of pilots with an Airline Transport Pilot License (certificate in the U.S.) and a Boeing type rating who will be ready to move into the first officers seat, according to Sherry Carbary, vice president of flight services.

Boeings ab initio training program is divided into two parts. The first, run by Jeppesen, will take an applicant-referred to as a cadet-who must hold a first-class medical at the time of application, and put her or him through a screening process. Those who pass will go through 12-18 months of flight training, resulting in, according to David Wright, director of general aviation training, an Airline Transport Pilot License. The second phase involves the cadet going to a Boeing facility for another two months of training where she or he gets a first exposure to a full-motion jet simulator, and that will result in a type rating in a Boeing jet. Wright said that cadets will come out of the $100,000-$150,000 program with 200-250 hours of flying time and will be ready to go into the right seat of an airliner-in virtually every country except the United States. Currently, in the U.S., an applicant must, with some exceptions, have 1500 hours of flying time to obtain an ATP and must have completed a training course that includes time in a full-motion flight simulator before even taking the ATP written exam. Carbury and Wright did not explain how the program will work in the U.S., as graduates with 200-250 hours cannot obtain an ATP with that experience level. They did say that they anticipate that U.S. program graduates will be hired into the program as flight instructors to build flying time to the 1500-hour mark.